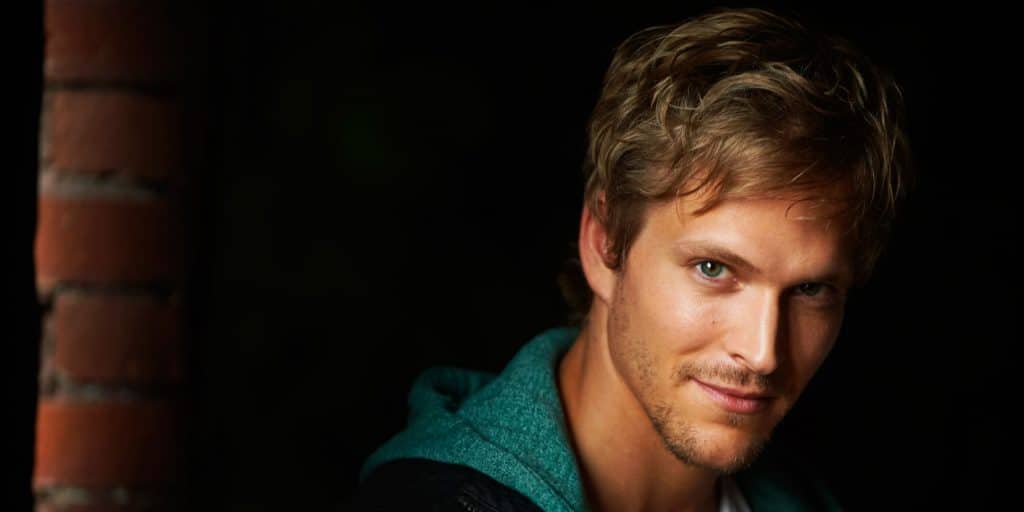 Who is Jon Cor dating? Is he married? Wife, Net Worth, Bio

Jon Cor was born in Timmins, Ontario, Canada, on 17 November 1984 – his zodiac sign is Scorpio and he holds Canadian nationality. He is an actor who is probably known best for his portrayal of Hodge Starkweather in the action fantasy series “Shadowhunters”, created by Ed Decter, and which starred Katherine McNamara, Dominic Sherwood and Alberto Rosende. It follows Clary who joins the Shadowhunters to hunt demons after her mother’s disappearance. The series aired from 2016 to 2019 and won 13 awards, while it was nominated for 22 others.

Does he have a wife?

Jon is quite secretive when it comes to his love life and hasn’t shared any details concerning his past and present relationships.

It’s known that he was once in a relationship with Tracy Spiridakos, a Canadian actress still known best for her portrayal of Becky Richards in the children’s series “Majority Rules!” The two started dating sometime in the late 2000s and on 15 December 2012 announced their engagement. Several years passed and people started assuming that Tracy and Jon had exchanged vows in a secret ceremony, however, it appears that the two split sometime in the mid-2010s, and resolved not to talk about it in public.

Jon hasn’t mentioned any other women he might have dated, so as of February 2021, he is single, hasn’t married and doesn’t have children.

Jon was raised in Timmins an only child by his parents, about whom nothing is known as they prefer to stay away from the spotlight.

Jon became passionate about acting while attending high school, and practiced his skills both at school and at a local theatre, however, he soon began working as a model, so spent less time practicing acting. He was signed to Ford Modelling Agency, however, judging by his celebration after he stopped modelling, Jon wasn’t treated well by the agency. He matriculated in 2002, and then enrolled at Fanshawe College from which he graduated with a Bachelor of Arts degree in theatre in 2005.

Jon made his debut film appearance in the 2006 comedy “American Pie Presents: The Naked Mile”, which starred John White, Eugene Levy and Maria Ricossa, and follows Erik Stifler who has just received permission from his girlfriend to do whatever he pleases, and is now planning to have a crazy weekend with his two friends.

A couple of Jon’s following roles were in the 2007 biographical comedy “Matters of Life & Dating”, and the musical comedy “The Rocker” and comedy “Growing Up”, both in 2008. The year 2010 saw him star alongside Alexandra Paul and Tracy Spiridakos in the thriller “The Boy She Met Online”, written and directed by Curtis Crawford, and which follows a teenage girl as she falls in a love with a boy whom she met on the internet.

In 2014, he appeared as Sergei in the adventure comedy “Patch Town”, and was then cast to portray one of the lead characters Daryl in the horror “The Exorcism of Molly Hartley”, which also starred Sarah Lind and Devon Sawa, and follows the young adult Molly being in the possession of the devil, while a fallen priest is set to perform an exorcism. In 2017, Jon played Daniel Blake, one of the lead characters in the mystery thriller “Deadly Secrets by the Lake” while the same year also saw him appear in the drama “Sea Change”.

Jon made his debut TV series appearance in the 2005 episode “The Party” of the family comedy “Life with Derek”, which starred Michael Seater, Ashley Leggat and Jordan Todosey, and follows the teenagers Derek and his stepsister Casey as they fight over who will control the house.

The series won four, and was nominated for 15 other awards.

Jon went on to appear in single episodes of many series before 2009, when cast to portray the supporting character Zach Creed in the adventure comedy “Being Erica”, which starred Erin Karpluk and Reagan Pasternak, and was nominated for 29 awards. winning seven.

In 2012, Jon made his debut voicing performance when he lent his voice to Brick in seven episodes of the animated action comedy “Total Drama”, while the same year also saw him portray Connor McLean in four episodes of the critically acclaimed fantasy horror “Being Human”.

Jon went on to star alongside Samuel Robertson and John Dagleish in the comedy “Beaver Falls”, which follows three British students spending their summer in the US, however, the series was cancelled after airing 12 episodes.

The year 2018 saw him portray Brent in the comedy “Ghost BFF”, and two of Jon’s most recent appearances in TV series have been in a single 2019 episode of the romantic mystery “Picture Perfect Mysteries”, and the 2019 episode “Echoes” of the family adventure “Lost in Space”.

Jon is about to make his producing debut with the film “The Valentine Competition”.

He appeared in the 2018 short documentary film “Love on Safari: On Location”, the 2019 short documentary “Behind the Scenes – Picture a Perfect Christmas”, and a single 2020 episode of the talk-show “Celebrity Page”.

Jon is physically very active, and has five to six training sessions at the gym each week, thus his muscular body. He started working out because it was important for his modelling career, and eventually enjoyed it. Today, Jon often uploads his shirtless pictures onto his Instagram account.

He also plays various sports, and is practicing martial arts.

Jon is interested in music and has been learning to play the guitar for several years now.

He is keen on travelling, and has been overseas on many occasions visiting European countries such as Germany, England and Italy.

Jon has his own favorite actors and actresses, some of whom are Tom Hanks, Johnny Depp and Meg Ryan, and his favorite movies include the franchise “Pirates of the Caribbean”, “You’ve Got Mail” and “Sleepless in Seattle”.