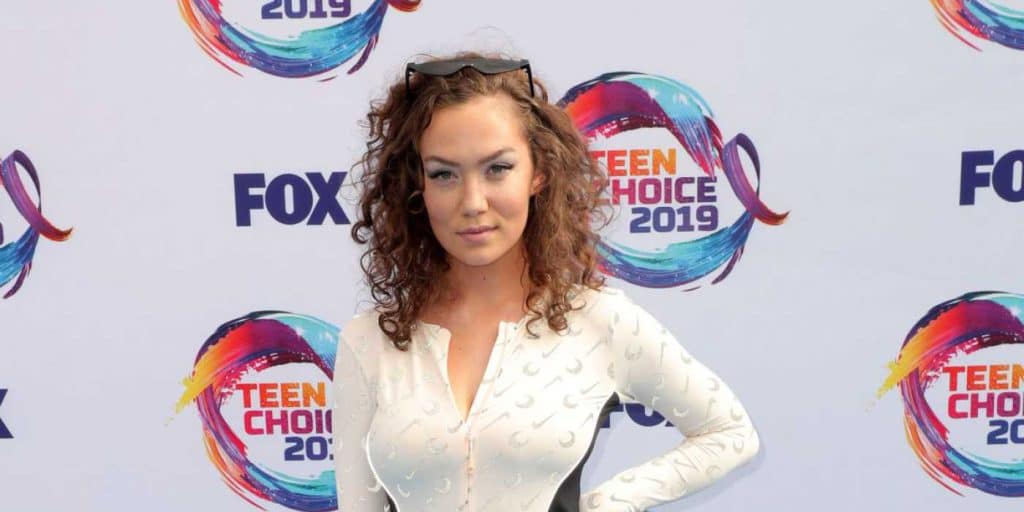 Claire Jude Demorest was born in Grand Rapids, Michigan USA, on 11 March 1992 – her zodiac sign is Pisces, and she holds American nationality. She’s an actress and singer-songwriter, with 11 acting credits to her name, while she’s perhaps known best for her portrayal of the main character Star Davis, in the musical drama series “Star”. It was created by Lee Daniels and Tom Donaghy, also starred Brittany O’Grady and Ryan Destiny, and follows three women who have formed a musical group in Atlanta, Georgia; the series aired from 2016 to 2019, and was nominated for seven awards.

Jude was raised in Grand Rapids, in a deeply religious family.

She hasn’t shared a lot concerning her parents, but has stated that they went to church every day, and that the pastor opened a performing arts school in their street, at which she practiced acting, singing and dancing.

Jude became interested in the arts while still attending elementary school, and she acted and danced in most of the plays performed at there. Her love for acting grew even more once she enrolled at a local high school, and joined its drama club. She was 16 years old when she moved to Los Angeles, California, wanting to pursue an acting career, but continued her education there.

Upon matriculating in 2010, Jude focused on acting, and didn’t enroll at college.

Jude made her debut film appearance in 2009, with her portrayal of Whitney in the short drama “History of Made-Up Things”, written and directed by Ashley Eberbach, and which starred Kent Karson, Eli Jane and Jenny Bahn. It follows an aged supermodel who has been invited for a photoshoot by a young photographer, years after she’d retired from modelling.

In 2012, Jude played Mickey O’Flynn Groupie, in the musical fantasy comedy “The Ghastly Love of Johnny X”, then in 2014 portrayed Sarah in the mystery thriller “Bipolar”. It was written and directed by Jean Veber, starred Andrew J. West, Emma Bell and Beatrice Rosen, and follows Harry Poole who has taken a new medication for bipolar disorder, and has become an entirely different person named Edward Grey.

In 2015, June played Hip Hop Robot in the short action drama “Axiom”, and most recently in 2021, she portrayed June in the popular comedy drama “Playing God”. Written and directed by Scott Brignac, it starred Hannah Kasulka, Luke Benward and Michael McKean, and follows two con artists who are trying to trick a grieving billionaire by having their mentor ‘play’ God.

Jude made her debut TV series appearance in 2010, with her portrayal of Andrea in the episode “And… Action!” of the popular family comedy musical “Jonas”.

It was created by Michael Curtis and Roger S. H. Schulman, starred Kevin Jonas, Chelsea Kane and Nicole Gale Anderson, and follows the lives of the Jonas Brothers; the series won five of the 13 awards for which it was nominated, including a Primetime Emmy nomination.

In 2012, Jude made a guest appearance in the episode “Loren Doesn’t Make the Cut” of the drama “Hollywood Heights”, and in 2014, she portrayed Candace in six episodes of the revival of the romantic drama “Dallas”, created by David Jacobs and Cynthia Cidre, and which starred Josh Henderson, Jesse Metcalfe and Jordana Brewster. It follows Christopher Ewing and John Ross Ewing, who are fighting over who will inherit the family’s oil business; the series was nominated for nine awards.

Also in 2014, Jude appeared as Samantha in the episode “The Table” of the comedy “The Middle”, and her most recent role in a TV series has been her portrayal of Chloe in the 2020 episode “Crawlers” of the fantasy horror drama “Into the Dark”. It has been airing since 2018, stars Aurora Perrineau, Diane Sellers and Dylan Arnold, and each episode is a separate story, while all are inspired by a holiday; the series has won one of the six awards for which it has been nominated.

She has sung songs in eight movies and shows, including in the 2015 animated adventure comedy film “Alvin and the Chipmunks: The Road Chip”, the TV Special “2017 MTV Video Music Awards”, and the 2019 reality game-show “The Voice”.

Jude has made a guest appearance in a couple of talk-shows, such as “Entertainment Tonight”, “Fox and Friends”, and “The Wendy Williams Show”.

On 24 April 2016, Jude exchanged vows with the American record producer and songwriter Joshua Coleman, who’s known better by his stage name Ammo. Ammo’s quite popular in the music industry, as he’s co-written and produced songs for artists such as Britney Spears, Maroon 5 and Beyoncé.

On 11 November 2018, Jude gave birth to their son Judah Calvin Coleman, and on 14 June 2021, their second son followed, named Jori Amo Coleman – Jude and Ammo are trying their best to keep their boys away from the media’s attention.

Neither has spoken of any other people whom they have perhaps been with, so as of August 2021, Jude’s married to Joshua ‘Ammo’ Coleman, and has two sons with him.

Jude’s highly active on Instagram, as she seems to be enjoying the attention she’s receiving from her 1.4 million followers. She’s uploaded more than 800 pictures, most taken during her everyday life; she’s into photography, and some of these pictures have been taken by her.

Jude’s passionate about travelling, and her career has taken her to a couple of US states, while she’s also travelled with her husband to a couple of European countries, including England and Croatia.

She’s an animal lover – her favorites are lions and tigers, and Jude has visited several zoos.

She has her own favorite actors and actresses, some of whom are Johnny Depp, the late Robin Williams, and Emma Watson – couple of her favorite movies are the franchise “Pirates of the Caribbean”, “Patch Adams” and the franchise “Harry Potter”.