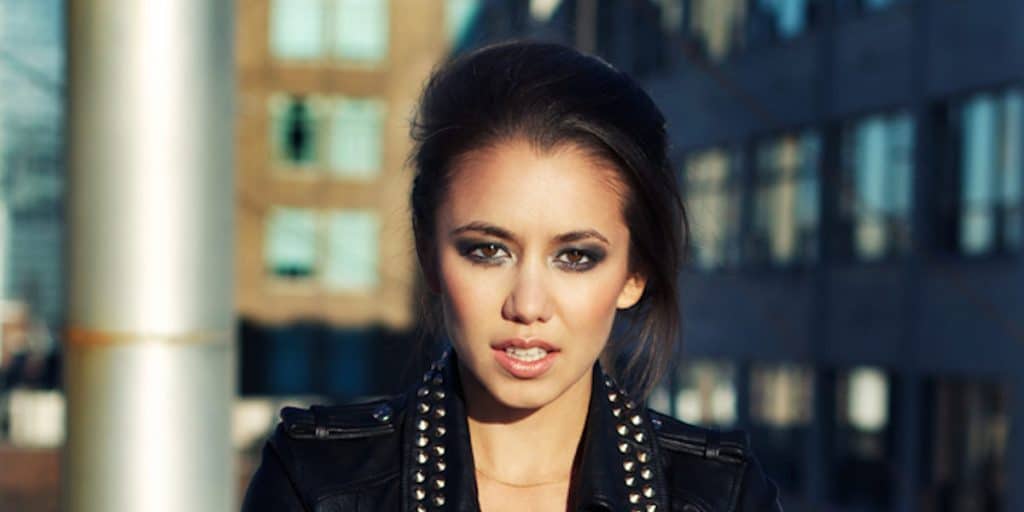 Luisa D’Oliveira was born in Vancouver, British Columbia, Canada, on 6 October 1986 – her zodiac sign is Libra and she holds Canadian nationality. She is an actress who might be known best for her portrayal of Emori in the mystery science fiction series “The 100”, created by Jason Rothenberg, and which aired from 2014 to 2020. It starred Eliza Taylor, Bob Morley and Marie Avgeropoulos, and follows a group of delinquents sent back to Earth from a spaceship 90 years after a nuclear war ruined the planet – the series won nine awards and was nominated for 38 others, including a Primetime Emmy.

Luisa was raised in Vancouver alongside her brother Nate by their parents, however, Luisa has managed to keep her parents away from the media’s attention, and nothing is known about them.

She became interested in acting while attending high school, and was invited to appear in several movies made by college students – Luisa was interested in things other than acting at that time such as science, dancing and singing. As her parents urged her to pursue a college degree, she  began studying science in 2006, but chose to quit to focus on her acting career – as she has stated: ‘it just wasn’t creative enough for me so I found my way back to acting pretty quickly’.

Luisa has been credited with appearing in around 35 movies and TV series, and we are about to mention some of her most notable performances in this article.

She made her debut film appearance when she portrayed Elizabeth in the 2007 short drama “The Vent”, written by Janice Rae, directed by Kyle Sandilands and which also starred Ashley Kranz – the film follows two women as they are arguing about who should be washing the dishes. The year 2009 saw her appear in five movies – the first was the action adventure “Storm Seekers” which starred Daryl Hannah, Dylan Neal and Barclay Hope, and received mostly negative reviews.

She went on to play Nat Colson in the mystery thriller film “Strange with My Face” which failed to attract a lot of attention, and Luisa could then have been seen playing Marisa in the romantic comedy “The Break-Up Artist” which follows the life of a professional couple-breaker who now has to work as a matchmaker – her two other 2009 movies were the action adventure “Ice Twisters” and the short mystery drama “Fragile”.

In 2010, Luisa was cast to play Aphrodite Girl in the family fantasy adventure “Percy Jackson & The Olympians: The Lightning Thief”, written by Craig Titley, directed by Chris Columbus and which starred Logan Lerman, Kevin McKidd and Steven Coogan – the movie follows the teenager Percy who learns that his father is a Greek god, and then goes on to stop the gods from fighting each other. It was nominated for 11 awards.

The following years saw Luisa play supporting characters in many movies, such as the 2011 action adventure “Mega Cyclone”, the 2013 action crime thriller “The Package” and the 2015 action adventure “Into the Grizzly Maze”.

In 2018, she was invited to voice Deputy Joey Hudson in the video game “Far Cry 5”. Her most recent role in a movie has been in the 2020 romantic comedy “My Best Friend’s Bouquet”, which starred Chaley Rose and Nathan Witte and is about Josie who believes that catching the wedding bouquet means she will marry the love of her life in a matter of months.

Luisa made her debut TV series appearance in the 2008 episode “It’s the Great Pumpkin, Sam Winchester” of the fantasy horror drama “Supernatural”, and she then appeared in single episodes of several series such as the drama “The Guard”, the crime comedy “Psych”, and the mystery drama “The Good Wife”.

She gained recognition in 2013 after portraying Detective Poppy Wisnefski, one of the lead characters in all 21 episodes of the mystery crime drama “Cracked”, created by Calum de Hartog and Tracey Forbes, and which also starred David Sutcliffe and Dayo Ade – the series follows police officers and psychiatrists who are members of the Psych Crimes and Crisis Unit; it won one award and was nominated for nine others. In 2015, Luisa portrayed Maria Snow in nine episodes of the mystery crime drama “Motive” which is about a homicide detective trying to learn the motives behind very strange murders – the series was a success, winning 14 awards and becoming nominated for 70 others.

In 2016, Luisa played Amy Welch in six episodes of the fantasy drama “Channel Zero”, which was very popular, winning five awards and being nominated for 14 others. After a three-year break, she appeared in the episode “The Blue Scorpion” of the fantasy horror drama “The Twilight Zone”.

Luisa’s most recent appearance in a TV series has been in the 2019 episodes “Dangerous Liaisons” and “In Plain Sight” of the action adventure drama “Supergirl”.

Luisa has been nominated for two awards, in 2014 for a Union of British Columbia Performers (UBCP) Award for Best Actress for her performance in “Cracked”, and in 2016 for a Leo Award for Best Guest Performance by a Female in a Dramatic Series for “Motive”.

Luisa is quite secretive when it comes to her love life but it is known that she has been in a relationship with musician Jez Bonham since 2014.

The two allegedly met at a bar when Jez was performing with his band, and they were introduced by a mutual friend – he is also an actor, having appeared in several movies such as the shorts “Power Infidelity” and “What Doesn’t Kill You”, and the documentary series “Battle Castle”. Jez and Luisa have been together for around six years, and she occasionally uploads pictures featuring them together onto her Instagram account – some of her fans believe that the two might have exchanged vows, but this hasn’t been confirmed.

As of December 2020, Luisa in a long-term relationship with Jez Bonham, hasn’t married and doesn’t have children.

Luisa has been interested in music since her teenage years, and grew up listening to old-school rock and hip hop, but she was also interested in classical music – she today knows how to play both the guitar and the piano.

She likes to cook in her spare time, and is focused on eating healthy foods – Luisa’s favorite cuisine is Italian, while her drink of preference is wine.

She is keen on travelling, and her acting career has taken her to various Canadian cities, while she’s also been to several US states such as New York, Texas and Florida.

Luisa has her own favorite actors and actresses, some of whom are Emma Watson, Natalie Portman and Will Smith, while a couple of her favorite movies are the franchise “Harry Potter”, “Leon: The Professional” and “I Am Legend”.

As of December 2020, her net worth has been estimated at over $1 million.