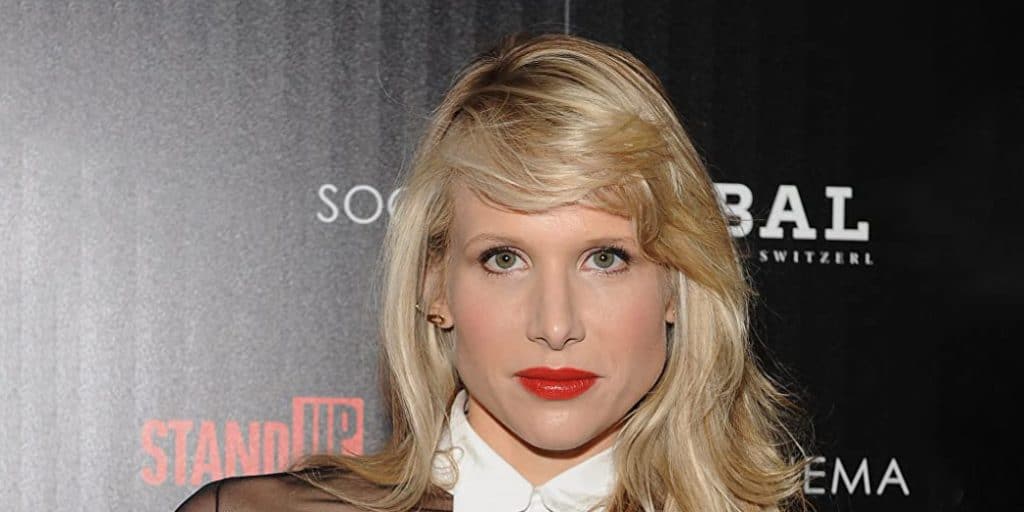 Who is Lucy Punch?

Lucy Punch was born on 30 December 1977 under the zodiac sign of Capricorn, in London, England. She is a 43-year-old actress, writer and producer, probably best recognized for landing the role of Amy Squirrel in the comedy film “Bad Teacher” (2011), playing Amanda in the BBC sitcom “Motherland” (2016-2021), and featuring as Esmé Squalor in the Netflix black comedy-drama series “A Series Of Unfortunate Events” (2018-2019).

How rich is she, as of now? Lucy Punch Net Worth

As of mid-2021, Lucy Punch’s net worth is estimated at over $3 million, acquired through her successful involvement in the world of entertainment as a professional actress, writer and producer, who has garnered over 75 television and film acting credits since she launched her career in the late 1990s.

Lucy Punch spent her early years in Hammersmith, a district of west London, where she was raised with her brother named Tom by their father, Michael Punch, and mother Johanna, who were owners of a market research company. She holds British nationality and belongs to White Caucasian ethnic group. Regarding her education, Lucy attended the private Godolphin and Latymer School in Hammersmith, then upon matriculation, she enrolled into University College, London to study History, but eventually dropped out to pursue her professional acting career.

Lucy started her acting career on stage, performing with the National Youth Theatre between 1993 and 1997. She then focused on her career on film and TV, and made her debut TV appearance as Queen Stephanie in the episode “Orphans” of the TNT action-adventure series “The New Adventures Of Robin Hood” in 1998. It was followed by her portrayals of Sue White in the second season of the Nickelodeon/CBBC teen sitcom “Renford Rejects”, and Helen Foreman in the ITV series “Days Like These”, a remake of the hit American sitcom “That ‘70s Show”, both in 1999. Later that year, she was cast as Eveline in the short-lived BBC One sitcom “Let Them Eat Cake”.

Lucy then featured as Melissa in the drama TV series “Big Bad World” (1999-2000), after which she played Regan in the Channel 4/Bravo romantic fantasy drama film “Cinderella”, and Sally Peep in the NBC fairytale fantasy miniseries “The 10th Kingdom”, both in 2000. During the same year, she made her film debut as Holly in the comedy film “Greenfingers”, written and directed by Joel Hershman, and made her real stage debut as Elaine in the Gielgud Theatre production of “The Graduate”. She also performed as Harriet in the Royal Court Theatre production of “Boy Gets Girl” (2001), and as Kate in the Bush Theatre production of “A Carpet, A Pony And A Monkey” (2002).

She then appeared in such made-for-TV film titles as “Goodbye, Mr Steadman”, “Come Together”, and “Second Nature”, and guest-starred in several TV series, including “People Like Us”, “Midsomer Murders”, and “My Family”.

In 2004, Lucy Punch took the role of Hattie in the fantasy romantic comedy film “Ella Enchanted”, next to Anne Hathaway, and played the lead stewardess in the critically-acclaimed made-for-TV biographical comedy-drama film “The Life And Death Of Peter Sellers”, alongside Geoffrey Rush, Emily Watson and Charlize Theron. Based on the life of famous comedian Peter Sellers and aired on HBO, the film won a Golden Globe Award for Best Miniseries of TV Film, as well as nine Primetime Emmy Awards.

During the same year, she was cast as Avice Crichton in the comedy film “Being Julia”, and featured in the main role of Elaine Denham in the ITV medical comedy-drama series “Doc Martin”. It was followed by her portrayal of Nicky Romanowski in the black comedy film “Festival”, directed by Annie Griffin, and a guest appearance as Susannah Henderson in the episode “After The Funeral” of the ITV mystery drama series “Agatha Christie’s Poirot”, both in 2005.

Thereafter, Lucy earned the Best Actress award at the Monaco International Film Festival for her performance as Melanie in the 2006 comedy film “Are You Ready For Love?”, starring next to Michael Brandon and Andy Nyman.

Between 2006 and 2007, she was cast as Holly Ellenbogen in the CBS sitcom “The Class”, after which she played Eve Draper in Edgar Wright’s 2007 buddy cop action comedy film “Hot Fuzz”.

She then took the lead role of Candace in the 2008 made-for-TV drama film “1%”, and featured as the clarinet in the 2009 comedy film “(Untitled)”, alongside Adam Goldberg and Marley Shelton. It was followed by her portrayals of Charmaine in Woody Allen’s comedy-drama film “You Will Meet A Tall Dark Stranger”, next to Antonio Banderas and Anthony Hopkins, and Darla in the comedy film “Dinner For Schmucks”, sharing the screen with Steve Carell and Paul Rudd, both in 2010. Later that year, she also made an appearance as DI Kate Bishop in the BBC Two three-episode police comedy-drama miniseries “Vexed”, created by Howard Overman.

In 2011, Lucy Punch continued to line up successes, since she landed such roles as Sarah Walker in the romantic comedy film “A Little Bit Of Heaven”, alongside Kate Hudson, and as Amy Squirrel in the comedy film “Bad Teacher”, next to Justin Timberlake and Cameron Diaz. The latter was a huge commercial success, since it grossed over $216 million worldwide against the budget of $20 million.

It was followed by her portrayals of Saskia in Nigel Cole’s comedy film “The Wedding Video”, Amanda in the drama film “Yellow”, alongside Melanie Griffith and Sienna Miller, and Wendy in the dark comedy-crime film “Stand Up Guys”, next to Al Pacino and Christopher Walken, all released in 2012.

Her next major role came when she was chosen to play BJ in the Fox single-camera sitcom “Ben And Kate” through 2012 and 2013, and later that year she had the part of Masha in the comedy horror film “Cottage Country”, directed by Peter Wellington.

In the following year, Lucy performed as Paige Britain in the satirical play “Great Britain” at the Theatre Royal Haymarket, and then landed the roles of Melanie Miller in the romantic comedy film “Someone Marry Barry” and Nurse Gayle in the drama film “Cake”, alongside Jennifer Aniston and Felicity Huffman.

She subsequently shared the screen with Meryl Streep, Emily Blunt, James Corden and Anna Kendrick, in Rob Marshall’s musical fantasy film “Into The Woods”, in which she featured as Lucinda, also in 2014. It received generally positive reviews, and became a huge box office hit with more than $210 million grossed worldwide on a $50 million budget.

In 2016, Lucy Punch joined the main cast of the BBC sitcom “Motherland”, in which she is still starring as Amanda.

Concurrently, she continued to work on other projects, and appeared in such roles as Lexi in the comedy film “The Female Brain” next to Sofia Vergara, and Olivia in the romantic comedy film “You, Me And Him”, both in 2017. Between 2018 and ‘19, she featured as Esmé Squalor in the second season of the Netflix black comedy-drama series “A Series Of Unfortunate Events”, alongside Neil Patrick Harris, based on the children’s book series of the same title written by Lemony Snicket, and which received critical acclaim.

In 2019, she wrote and produced the comedy crime film “Judy & Punch”, and starred as Sylvia Plath in the coming-of-age comedy-drama film “How To Build A Girl”. Most recently, she portrayed Jo in the Sky One sitcom “Bloods”, and provided her voice to Kate Middleton, Duchess of Cambridge, in the HBO Max adult animated sitcom “The Prince”, both in 2021.

Regarding her upcoming projects, it’s announced that she’s taking a role in the comedy film “Silent Night”, which is currently under post-production.

Lucy Punch isn’t very open regarding her personal life, and keeps most details far away from the eye of the public. Nonetheless, it is known that she has a son named Rex, whom she gave birth to in July 2015, but the identity of his father remains a mystery.

In her spare time, she enjoys hiking.

Her current residence is in West Hollywood, Los Angeles, California.