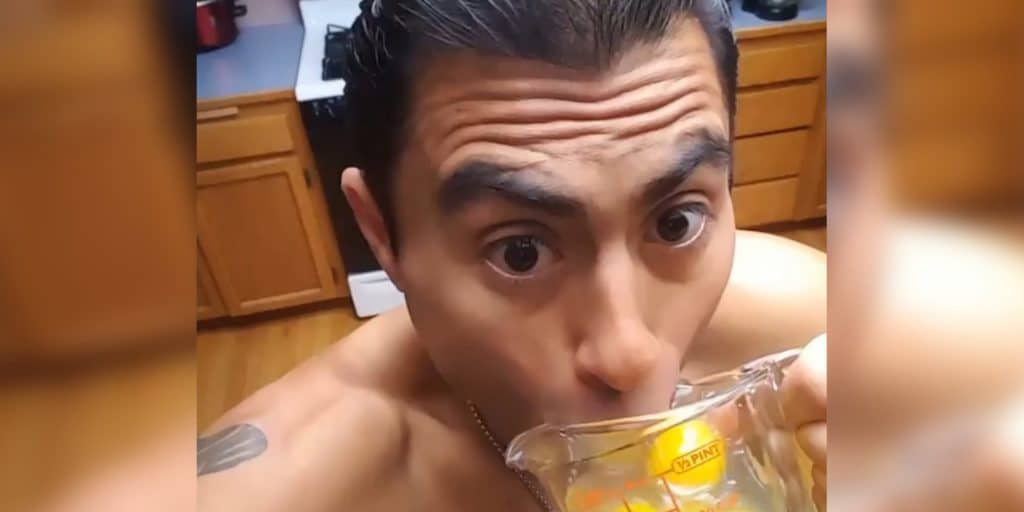 Who is Martin Cabello? Appearance, Autism, Net Worth, Age, Bio

Martin Cabello III was born in the USA on 29 November 1977 – his zodiac sign is Sagittarius, he holds American nationality and is of Hispanic ethnicity. He’s a vlogger and a social media star, well-known for his videos about religion, quantum physics and mental health.

Martin grew up in the northern USA. After matriculating from a local high school, he didn’t pursue a college education, but apparently joined the US military instead.

Martin currently resides in South Hill, Washington State, an area infamous for sex trafficking, and suffering a crisis in the foster care system.

He worked in the Catholic Community services, and helps sexually assaulted children and drug mules. Martin described his work as dangerous, and accused government officials of being involved in sex trafficking.

Martin has been diagnosed with autism, Asperger’s syndrome, savant syndrome, OCD, and synesthesia, with some fans speculating that he might be suffering from schizophrenia too.

Career as a vlogger

He uploaded short videos onto his account, in which he talked about various topics including physics, mental health and religion. He has also started posting pictures and videos of his fitness progress, as he was on a journey to lose weight. Martin made almost 15,000 posts, and was followed by around 12,000 people, before his account was terminated in August 2019. He soon created his new account ‘@anonguides’, which was removed as well, not long afterwards. On 21 September 2019, Martin launched his newest Instagram account ‘@ti_me_to_mas_so_i_exist’, which currently numbers almost 500,000 followers and over 6,000 posts.

In August 2019, Martin’s videos started gaining traction among Instagram and Twitter users, who would usually cut a scene from one of his videos and post it without context. Many of Martin’s videos then went viral, including one in which he’s featured consuming a large number of raw eggs, and another in which he pretends that flour is cocaine. Inserts from his clips have also been used in numerous meme edits.

Martin does livestreams on Instagram almost every day, which often feature his fans who he engages in mental and physical challenges. In 2020, he was swatted during an Instagram live, but remained in character, and even asked the police if they wanted to say ‘Hi’ to his audience.

In January 2020, the popular YouTuber Pyrocynical, made a video about Martin entitled ‘The Megamind of instagram’, which has amassed almost four million views, and resulted in Martin getting more attention from the general public.

Martin has criticized the US military numerous times in his videos, alleging that the military is involved in many illegal activities, including human trafficking, drug dealing and spying on civilians.

He often films himself eating raw non-vegan food, including eggs, meat and insects, claiming that these foods boost his metabolism and immune system. He also attempted to consume the venom from bees and wasps, which resulted in an allergic reaction. Adding to his controversial beliefs about food, he also claims that sugar directly damages the brain.

Martin often uploads pictures onto his Twitter account featuring himself holding a working light bulb. In these pictures, he attempts to look like a Catholic saint, which is seen as controversial among religious Christians.

He has often talked about his friend Josh Powell in his videos and livestreams. In February 2012, Powell attempted to murder his two sons with a hatchet, before setting his own house on fire, which resulted in the death of himself and his sons. He was also found responsible for the disappearance of his wife, Susan Cox, who hasn’t been seen since 7 December 2009. Martin believes in Powell’s innocence, and claims that the whole case was set-up by the military. He also says that he was close friends with Powell, and that he could never had done the things he was accused of.

Many people who live in his neighborhood have complained about receiving death threats, and being harassed by his fans, while some have even moved away, due to Martin’s claims that they are involved in sex trafficking.

Because of his unusual beliefs and behavior, some of Martin’s fans actually don’t believe that he is autistic, rather suggesting that he may be playing a character for comedic purposes. There is also a theory among some of his viewers, that his online persona was created by the company that sponsors him, Genetic Protocol.

While he became famous through his Instagram account, he is even more popular on TikTok, with his account ‘martincabello7’ numbering more than 1.2 million followers, and over 22 million likes.

On Reddit, there is a subreddit – ‘r/martincabello’ – dedicated to him, which was launched in November 2019, and numbers more than 7,000 subscribers.

Martin is today writing a book, and has an active Go Fund Me project dedicated to it. His fans have donated more than $6,500 to help him achieve this goal.

Martin has said that he met his wife, Heather, when he was in the military. He has also said that she was taking care of him when he had a meltdown, and that she was the one to make the first move. Some people are speculating that Heather might be autistic as well, but this hasn’t been confirmed by her, nor Martin. They don’t have children.

Martin and his wife have a pet dog called Sofia.

He often uses a plush-toy of Ernie from “Sesame Street” as a prop in his videos. He also sometimes wears the Cookie Monster costume, inspired by “Sesame Street”.

Martin once had a serious head injury, which he has successfully recovered from.

He has multiple tattoos on his arms and hands.