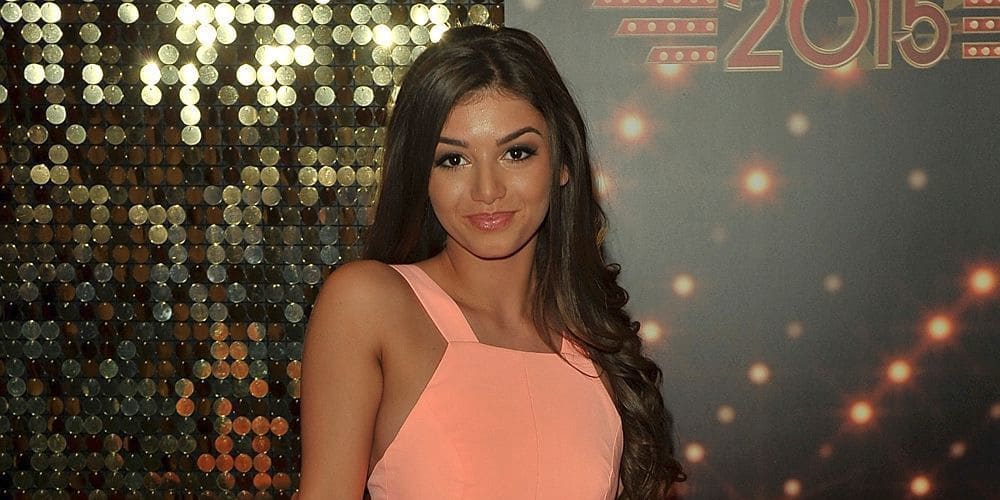 Who is Mimi Keene from ‘Sex Education’? Boyfriend, Family

Mimi Keene was born in England, on 5 August 1998 – her zodiac sign is Leo and she holds British nationality. Mimi is an actress who might be known best for her portrayal of Ruby Matthews in the comedy series “Sex Education” created by Laurie Nunn, and which stars Asa Butterfield, Gillian Anderson and Ncuti Gatwa. It has been airing since 2019, and follows a son of a sex therapist who sets up a sex therapy clinic at his high school with the help of his friends. The series has won four awards and has been nominated for 19 others.

Mimi was raised in England alongside her younger brother by their parents, however, she hasn’t shared any details concerning her family as she respects their privacy.

Mimi became interested in acting at the age of four when she started watching movies and TV series with her parents. At the age of 11, she enrolled at Italia Conti Academy of Theatre Arts, matriculating in 2014. During her teenage years, Mimi was interested in various things such as playing volleyball and tennis, running track and dancing, and at one point wanted to enroll at a college, but eventually decided to focus on her acting career.

Mimi made her debut film appearance in 2013, when she portrayed Jade Dawes in the critically acclaimed action war drama “Our Girl” written by Tony Grounds, directed by David Drury and which also starred Flossy Grounds and Lacey Turner. The story follows Molly Dawes being raised in a big family with a difficult father and an unhappy mother; Molly doesn’t seem to have a bright future ahead of her, however, things take a turn after she vomits at the entrance of an Army Recruitment Office.

Her next role in a movie came in 2017, when she starred as Megan in the short science fiction film “The Escape”, written and directed by Paul J. Franklin, and which also starred Ben Miller and Olivia Williams.

In 2019, Mimi played Claire in the action thriller drama “Close”, which received mixed reviews, and her most recent appearance in a movie has been in the 2019 romantic biographical drama “Tolkien”, which follows the early life of the famous writer J. R. R. Tolkien.

Mimi made her debut TV series appearance in 2013, when cast to play Brandy May Lou in the episode “Dederama” of the comedy “Sadie J” created by Robert Evans, which starred Georgia Lock, Mel Giedroyc and Bobby Fuller. It follows the friendship of three girls: Sadie, Dede and Kit.

In 2013, she played two characters in two episodes of the family series “Children in Need”, and then became somewhat famous after she started playing Cindy Williams in the romantic crime drama “EastEnders”, created by Tony Holland and Julia Smith, and which starred Adam Woodyatt, Steve McFadden and Pam St. Clement.

It follows the lives of people living and working on Albert Square in the East End of London, and has been airing since 1985, counting 7840 episodes, while Mimi appeared in 122 of them between 2013 and 2015. Her only other role in a TV series was in the 2016 episode “High Tide” of the drama “Casualty”, in which she portrayed Lana Westmore.

Mimi is very secretive when it comes to her love life, and hasn’t talked about any boys she might have dated, however, there are rumors circulating the internet that she might be in a relationship today, possibly with a fellow actor from the series “EastEnders”.

Mimi was seen spending time with George Sargeant on various occasions. The two had an on-screen relationship, and seeing them together off set, people started to believe that they were in a relationship in real life. Neither Mimi nor George have commented on the rumors, and thus nothing about the alleged relationship is known.

There are several people on the internet claiming to have seen Mimi kissing her current boyfriend in the streets of Los Angeles, but no pictures have been provided to prove this, nor has Mimi commented on it.

As she hasn’t talked about having a boyfriend, Mimi is single as of January 2021, hasn’t married and doesn’t have children.

Mimi is a fashionista, and loves wearing fancy dresses, attending special events, as well as eating at expensive restaurants. She is keeping up with all the latest fashion trends, and often shares the pictures of her clothes on Instagram. Unsurprisingly she’s a bit of a shopaholic, as she goes shopping for clothes several times every week.

She is very active as she has several training sessions at the gym each week, while she’s also following a strict diet, meaning that Mimi doesn’t eat anything with sugar in it, and avoids fast food. She goes running in a park close to her home nearly every day.

Mimi is a lover of animals, and has four pet dogs which can be seen featured in some of her Instagram pictures.

She likes to watch movies in her spare time, and her favorite actor and actress are Eddie Murphy and Julia Roberts, while a couple of her favorite films are “A Thousand Words”, “Meet Dave” and “Notting Hill”.