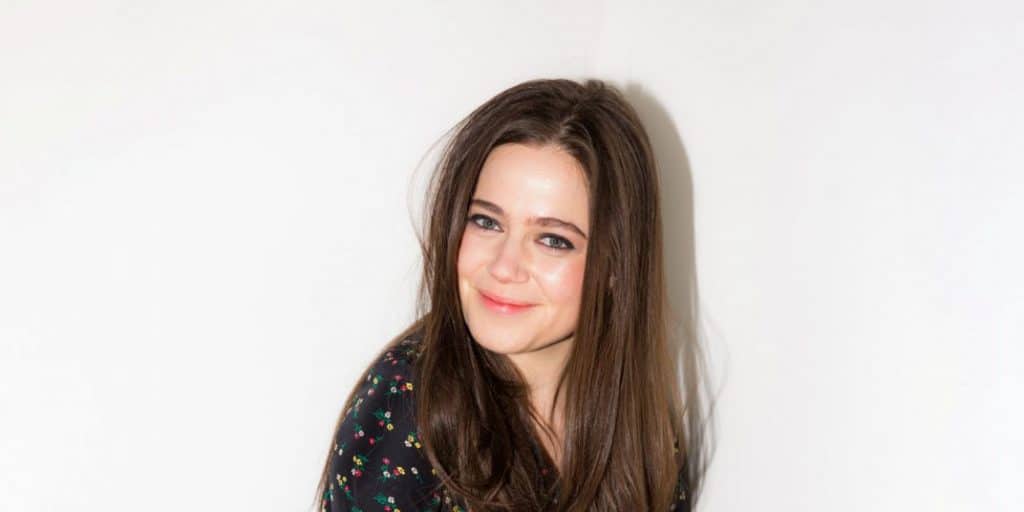 Who is Molly Gordon? How old is she? Age, Measurements

Molly June Gordon was born in Los Angeles, California USA, on 6 December 1995 – her zodiac sign is Sagittarius and she holds American nationality. She is an actress who might be known best for her portrayal of Nicky in the crime drama series “Animal Kingdom”, created by Jonathan Lisco and which stars Shawn Hatosy, Ben Robson and Jake Weary. It has been running since 2016, and follows a Southern Californian family involved in criminal activities. The series has won one award and has been nominated for three others.

Molly was raised an only child in Los Angeles in a Jewish family – her father Bryan Gordon is a film director while her mother Jessie Nelson is a movie writer and director.

Thanks to her parents, Molly became interested in acting at quite an early age. She was four years old when she starred alongside her friend Ben Platt in the play “Fiddler on the Roof”, and after turning five she appeared in the play “How to Succeed in Business Without Really Trying”. Molly enjoyed watching the comedy show “Saturday Night Live”, and also often watched the comedy troupe The Groundlings perform.

She continued acting at high school, and starred in the play “Sunday in the Park with George”. Upon matriculating in 2013, Molly enrolled at New York University but decided to drop out as she was dissatisfied with academia.

Molly had actually made her debut film appearance in 2001, when she portrayed Callie in the critically acclaimed drama “I Am Sam”, written and directed by Jessie Nelson, and which starred Sean Penn, Michelle Pfeiffer and Dakota Fanning. The movie follows a mentally handicapped man fighting for custody over his young daughter, and which won eight awards while it was nominated for 11 others, including an Oscar.

The year 2005 saw her appear in the romantic fantasy comedy “Bewitched” starring Nicole Kidman and Will Ferrell, which won two awards while it was nominated for 13 others. Following a 10-year break from acting, Molly played Mary Arena in the war drama “Ithaca”, as well as Lauren Hesselberg in the romantic fantasy comedy “Love the Coopers”. The year 2018 saw her play Maddie, one of the lead characters in the comedy “Life of the Party”, written and directed by Melissa McCarthy who also starred in it alongside Molly and Matt Walsh. It follows a recently divorced woman as she starts attending college, and won three awards while it was nominated for four others.

The year 2019 saw Molly appear in two movies: the critically acclaimed comedy “Booksmart” which won 23 awards and was nominated for 47 others including a Golden Globe, and the adventure comedy “Good Boys” which won two of the nominated seven awards.

In 2020, Molly starred as Silvia Ray in the short comedy “Theatre Camp”, and then portrayed the supporting character Maya in the comedy “Shiva Baby”. Two of her most recent roles in movies have been in the romantic comedy “The Broken Hearts Gallery” and the short horror “Rising” in which she starred as Michelle, both in 2020.

Molly made her debut TV series appearance in 2015, portraying Megan in the episode “Because Vegas” of the comedy “Sin City Saints”, and the same year saw her appear in a single episode of the critically acclaimed crime comedy “Orange Is the New Black”, which starred Taylor Schilling and Danielle Brooks, and follows Piper Chapman who has been sentenced to spend 18 months behind bars for a crime he committed around a decade previously. The series was a hit, winning 51 awards while it was nominated for 143 others, including six Golden Globes.

Molly make her debut voicing performance in 2018, when she lent her voice to various characters in nine episodes of the animated adventure comedy “Our Cartoon President”, but which received mixed reviews.

Her two most recent appearances have been in two 2019 episodes of the romantic comedy “Ramy”, and a single 2020 episode of the sports comedy drama “Untitled Lakers Project”.

Molly has a single writing and producing credit: in 2020, she wrote and produced the short comedy “Theatre Camp”.

She has appeared in six TV shows and documentaries – in 2018 Molly was invited to appear as a guest in “The Ellen DeGeneres Show”, and the same year in “Jimmy Kimmel Live!”, two episodes of the talk-show “Celebrity Page”, and the short documentary film “Life of the Party: 80’s Party”. In 2019, she appeared in a single episode of the show “Made in Hollywood” while she’s currently shooting for the short documentary “Fan Level Midnight: Devoted to the Office”.

She still enjoys acting in theatre plays, and in 2019, she portrayed Alice Spencer in the off-Broadway play “Alice by Heart” performed at MCC Theater.

Molly has been in a relationship with Nick Lieberman since early 2015 – the two announced that they were dating on 7 August of the same year.

Nick is an actor, film director and producer, who has appeared in just five short films including “The Boss”, “Suffocation” and “Forest King”. He might be known better for his directing credits including the short “Theatre Camp”, written and produced by Molly.

Nick hasn’t talked about any other girls he might have dated and it appears that Molly’s his first love.

The two have uploaded numerous pictures of themselves together onto their Instagram accounts, and there are no rumors nor controversies whatsoever surrounding the relationship. As of January 2021, Molly is dating Nick Lieberman, hasn’t married and doesn’t have children.

Molly is a dog-lover, and her pet dog can be seen featured in some of her Instagram pictures.

She likes to go out and party with her two closest female friends; the trio parties at some of the most popular clubs in Los Angeles, and they also enjoy drinking together.

Molly is also a singer, who often sings with her boyfriend. The videos featuring them sing together can be found uploaded onto Molly’s Instagram account.

Molly has her own favorite actors and actresse,s some of whom are Ryan Gosling, Rachel McAdams and Amanda Seyfried, and a couple of her favorite movies are “The Notebook”, “Dear John” and “A Walk to Remember”, all based on the books written by Nicholas Sparks.