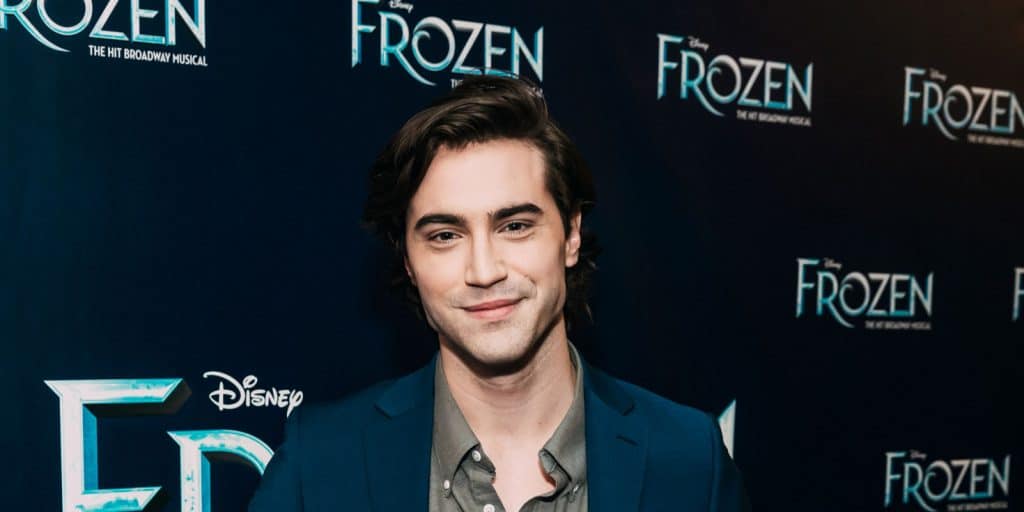 Who is Ryan McCartan dating? Is he married? Gay Rumors, Wiki

Ryan Jerome McCartan was born in Excelsior, Minnesota USA, on 14 June 1993 – his zodiac sign is Gemini, and he holds American nationality. He’s an actor and a musician, who’s probably known best for his portrayal of Brad Majors in the 2016 musical horror comedy movie “The Rocky Horror Picture Show: Let’s Do the Time Warp Again”. The movie was written by Jim Sharman and Richard O’Brien, directed by Kenny Ortega, and starred Ivy Levan, Victoria Justice and Staz Nair. It follows a couple who, trying to escape from a storm, find themselves in a castle of a crazy transgender alien scientist; it won two of the seven awards for which it was nominated.

Ryan was raised in Excelsior alongside his sister Alison McCartan, by their mother who’s a housewife, and their father Conn McCartan who worked as the principal of Eden Prairie High School, until he retired in 2018.

Ryan became interested in acting while attending a local elementary school, and his parents paid for acting lessons. He performed in a theatre play for the first time in 2007, when he was cast as a supporting character in “Disney’s High School Musical”. He then enrolled at a local high school, and continued appearing in plays performed both at the school and at a local theatre. In 2011, he portrayed his first lead character in the play “The Phantom of The Opera”, and for his perfromance was awarded a Jimmy Award for Best Performance by an Actor.

Upon matriculating in 2011, Ryan chose not to pursue a college degree, but to focus on his acting career.

Ryan made his debut film appearance in 2011, when he portrayed Jeff in the comedy “Extremely Decent”, but which failed to attract any attention.

His following role came four years later, when cast to play Liam in the musical “Summer Forever”, written and directed by Roman White, and which starred Megan Nicole, Alyson Stoner and Anna Grace Barlow. The film follows the last weekend which three best friends are spending together, as they will then be going to different colleges. The same year saw Ryan portray Hunter in the fantasy horror comedy “R. L. Stine’s Monsterville: Cabinet of Souls”.

He was a member of the pop duo The Girl and the Dreamcatcher, together with Dove Cameron, and the years 2015 and 2016 saw him appear in several of their music videos, including “Written in the Stars”, “All I Want for Christmas Is You”, and “Make You Stay”. In 2016, he portrayed Jacob Murphy in the family sports drama “Emma’s Chance”, written and directed by Anna Elizabeth James, and which starred Greg Grammer, Joey Lawrence and Missi Pyle. It follows a girl who’s doing community service work at a horse rescue ranch, and there bonds with an abused horse. In the same year, Ryan played the lead character Farrell Bennett in the comedy “The Standoff”.

Ryan made his debut TV series appearance in the 2013 episode “Valentine’s Day IV” of the comedy “The Middle”, and he then appeared in an episode of both the drama “Monday Mornings”, and the comedy “Last Man Standing”.

From 2013 to 2017, he portrayed Diggie Smalls, one of the supporting characters in the family comedy drama “Liv and Maddie: Cali Style”, written by John D. Beck and Ron Hart, and which starred Dove Cameron (member of the former duo The Girl and the Dreamcatcher), Joey Bragg and Tenzing Norgay Trainor. The series follows Liv who has returned to her high school after her reality show ended, and Maddie who’s not happy about it because she’s one of the most popular girls at school, and doesn’t want to lose that position; it won one of the 10 awards for which it was nominated.

Ryan was then invited to appear in several critically acclaimed series: in two episodes of the fantasy mystery drama “Midnight, Texas” playing Jeremy, five episodes of the horror science fiction “Freakish”, and the episode “Love and Cheese” of the romantic drama “Love Daily”.

His most recent appearance in a TV series has been in 2019, when he portrayed Mad Hatter in the episodes “Queen of Hearts vs. Wicked Witch of the West” and “Dorothy vs. Alice”, of the short musical comedy “Princess Rap Battle”.

Ryan has five producing credits – four of The Girl and the Dreamcatcher music videos, as well as the 2018 short movie “The Forbidden Cure”.

Ryan has been nominated for only a single award: a 2018 Burbank International Film Festival Best Dramatic Short Award for Best Short Film, for “The Forbidden Cure”.

Love life. Is he gay?

Ryan’s quite open when it comes to his love life, and there have been rumors circulating the internet claiming that he’s perhaps gay, however, it’s widely known that he has been in a relationship with two girls.

He met Dove Cameron when they appeared alongside in the series “Liv and Maddie: Cali Style”, and the two seemed to be an instant match. They dated for around three years, and became engaged on 14 April 2016, but the engagement lasted for only a couple of months, as the two broke it off on 5 October.

In October 2017, Ryan began dating Samantha Fekete, a British actress who’s probably known best for her appearance in the comedy series “Roommates”. The two have since been together, and there are rumors claiming that they are planning to marry, but these haven’t been confirmed.

As of May 2021, Ryan’s dating Samantha Fekete, hasn’t married and doesn’t have children.

Ryan enjoys being active on Instagram because of the attention he’s getting from his 1.1 million followers. He’s also active on Twitch, and usually talks about politics while livestreaming.

Ryan’s a huge lover of animals, and has volunteered at several animal shelters, but doesn’t have any pets.

He’s passionate about travelling, and his acting career has taken him to a couple of US states, as well as to several European countries.

Ryan likes to play the guitar, and has uploaded several videos onto his Instagram account which feature him playing for his fans.

In his spare time which is most often late at night, he likes to watch movies starring his favorite actor Leonardo DiCaprio, such as “The Revenant”, “Once Upon a Time in Hollywood” and “Catch Me If You Can”.