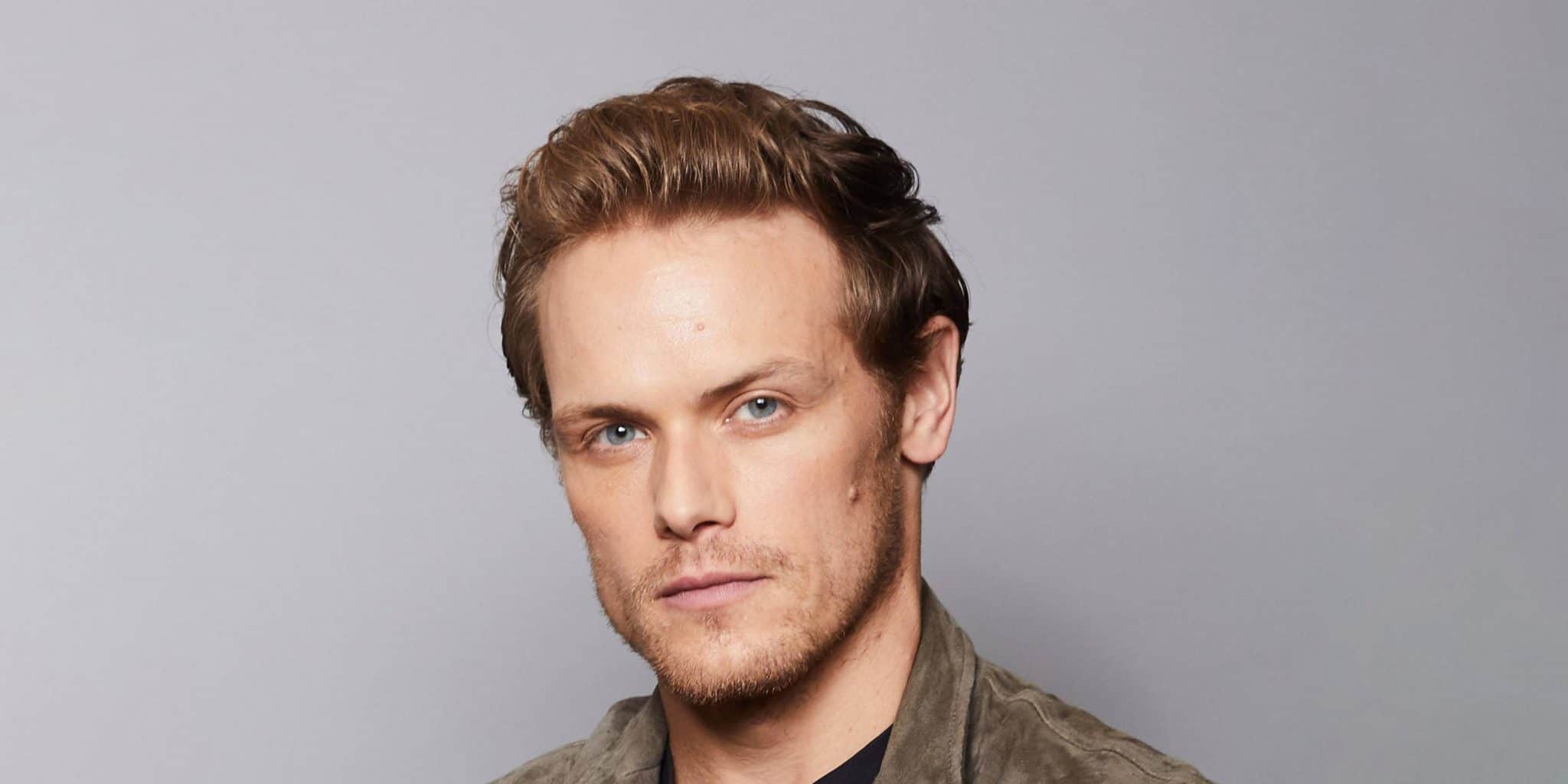 Who is Sam Heughan married to? Wife, Girlfriend – Dating Anyone?

Sam Roland Heughan was born in Balmaclellan, Scotland, on 30 April 1980 – his zodiac sign is Taurus and he holds British nationality. He’s an actor, author and a film producer, who’s probably still known best for his portrayal of one of the lead characters, Ashton Prince of Castlebury, in the 2011 family comedy movie “A Princess for Christmas”, written and directed by Michael Damian, and which also starred Katie McGrath and Roger Moore. It follows a young woman who’s travelling to her relative’s castle in Europe, while she there falls in love with a prince. The movie was nominated for three awards.

Sam’s quite open when it comes to his love life, so it’s widely known that he’s unmarried.

There are rumors circulating the internet that he was in a relationship with British actress Abbie Salt in early 2014, but this hasn’t been confirmed. The same year saw him date the American actress Cody Kennedy for a couple of months, and from the second half of 2014 to the summer of 2016, Sam was in a relationship with Caitriona Balfe, whom he met on the set of the series “Outlander”. During the two years they spent dating, the two could’ve been seen spending time in public places, eating at restaurants and attending their red carpet events together.

From 2016 to 2018, Sam dated Mackenzie Mauzy, an American actress probably known best for her portrayal of Phoebe Forrester in the soap opera “The Bold and the Beautiful”. Since 2018, he has been in a relationship with Amy Shiels, a popular Irish actress and film producer.

As of May 2021, Sam’s dating Amy Shiels, hasn’t married and doesn’t have children.

Sam was raised in Balmaclellan alongside his older brother Cirdan, solely by their mother Chrisie Heughan, an artisan papermaker and an artist, as their father abandoned the family when the boys were still very young. Both their parents were members of the Gandalf’s Garden hippie community in London, and were both huge fans of J. R. R. Tolkien, thus the boys’ names.

Sam studied at Kells Primary School, and enrolled at James Gillespie’s High School in Edinburgh aged 12, while he then transferred to Rudolf Steiner School. He was physically very active as he played soccer for his school’s team, but upon matriculating in 1998, Sam spent two years travelling and working. He then enrolled at the Royal Scottish Academy of Music and Drama (today called Royal Conservatoire of Scotland) from which he obtained his Bachelor of Arts degree in 2003.

Sam made his debut film appearance in the 2001 short drama “Small Moments”, which failed to attract any attention, while he gained recognition in 2007 with his portrayal of one of the lead characters Edward McNally in the romantic crime drama “A Very British Sex Scandal”, written and directed by Patrick Reams, and which also starred Nicholas Le Prevost and Harriet Eastcott. It follows the life of Peter Wildeblood, who was instrumental in Great Britain decriminalizing homosexuality.

In 2009, Sam was cast as Charles Fletcher in the historical drama “Breaking the Mould”, and in 2010 he appeared in the biographical war drama “First Light”. The same year saw him star as Alexander in the mystery action adventure “Young Alexander the Great”, written by Daniel Skinner and Dan Renton Skinner, directed by Jalal Merhi, and which also starred Lauren Cohan and Paul Telfer.

A couple of Sam’s following roles were in the 2014 drama “Heart of Lightness” and the mystery thriller drama “Emulsion”, followed by the 2016 fantasy comedy “When the Starlight Ends”. In 2018, he portrayed Sebastian in the action adventure comedy “The Spy Who Dumped Me”, written and directed by Susanna Fogel, and which starred Justin Theroux, Blanka Gyorfi-Toth and Vilma Szecsi. It follows the best friends Morgan and Audrey when one of the girls has just discovered that her ex-boyfriend was a spy; the movie won three of the seven awards for which it was nominated.

Three of Sam’s most recent roles in movies have been in the 2020 action science fiction drama “Bloodshot”, the drama “To Olivia” and the  action “SAS: Red Notice” both in 2021.

Sam’s currently shooting for the upcoming romantic comedy “Text for You”.

He made his debut TV series appearance with his portrayal of Philip Dorr in the 2004 war mini-series “Island at War”, and the following year portrayed Andrew Murray in four episodes of the family drama “River City”.

The following years saw him appear in an episode or two of various series, such as the biographical historical drama “The Wild West”, the mystery crime drama “Midsomer Murders”, and the drama “Party Animals”. In 2007, Sam guest starred as Peter Carr in the episode “Knots and Crosses” of the mystery crime drama “Rebus”, and in 2009, he played the supporting character Scott Neilson in the drama “Doctors” which has been running since 2000 counting over 4,000 episodes.

In 2010, Sam played Lieutenant McStay in an episode of the romantic drama mini-series “Any Human Heart”.

Since 2014, Sam has been playing Jamie Fraser, the main character in the critically acclaimed romantic fantasy drama “Outlander”, created by Ronald D. Moore, and which also stars Caitriona Balfe and Duncan Lacroix. It follows the life of a British combat nurse who’s sent through time from 1945 to 1743 – the series has won 31 awards, and been nominated for 71 others, including six Golden Globes.

Sam has been featured in numerous documentaries, including the 2014 series “Buzz: AT&T Original Documentaries”, the 2016 short video “Outlander Recreating 18th Century Paris”, and another 2016 short video, “Designing History: The Costumes of Outlander”.

The London leg of Sam and Graham's tour has begun! 🚌 #MenInKilts https://t.co/scvIej6t3w

In 2018, he voiced Mirror Master in the video game “Lego DC Super-Villains”.

Sam produced 12 episodes of the series “Outlander” in 2020, and most recently in 2021, he wrote and produced the episode “Food & Drink” of the documentary series “Men in Kilts: A Roadtrip with Sam and Graham”.

Sam has been nominated for 18 awards winning six; he won a 2014 TV Guide Award for favorite duo (shared with Caitriona Balfe), two Gold Derby Awards in 2015 and 2020 and a 2015 IGN Summer Movie Award for Best TV Actor.

In 2017, he won a People’s Choice Award for Favorite Sci-Fi/Fantasy TV Actor, and in 2019 Sam won a Saturn Award for Best Actor in a Television Series, all for his performance in the series “Outlander”.

Some of the other awards he has been nominated for include five Saturns, a BAFTA and a Critics Choice Super Award.

Sam’s physically highly active, and has multiple training sessions at the gym each week, while he’s also following a strict diet thus his muscular body. He has uploaded various pictures taken during his workout sessions onto his Instagram account, and occasionally gives his fans advice on working out and dieting.

He’s a huge fan of the TV series “Game of Thrones”, and had auditioned for a role in it seven times, but was rejected every time.

Sam’s passionate about travelling, and has been all around Europe, while his first trip was to St. Petersburg in Russia in his early teen years. He has also been to various US states thanks to his acting career, such as New York and California.

In his spare time which is usually late at night, Sam likes to watch movies starring his favorite actor Russell Crowe, such as “A Good Year”, “A Beautiful Mind” and “Gladiator”.