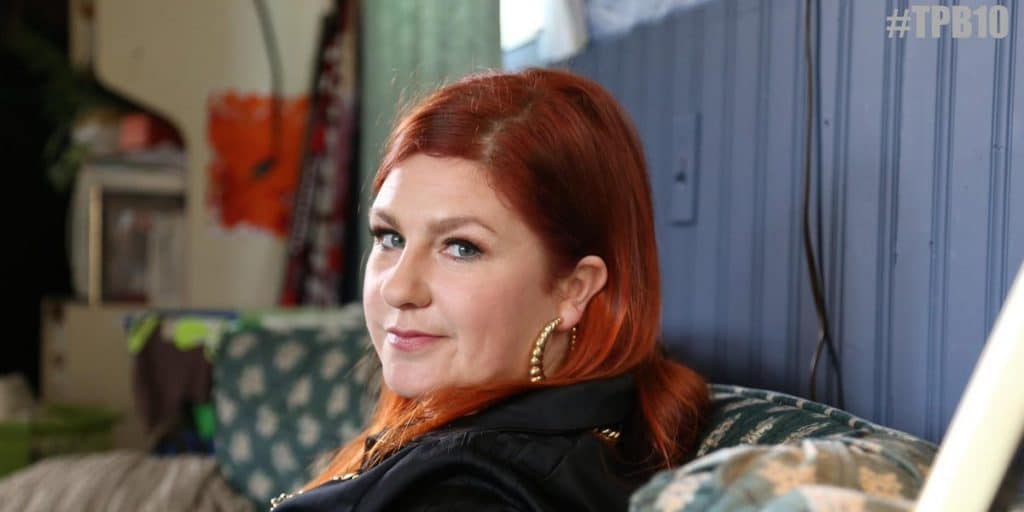 Who is Sarah Dunsworth from Trailer Park Boys? Biography 2021

Sarah Elizabeth Dunsworth-Nickerson was born in Halifax, Nova Scotia, Canada, on 25 January 1976 – her zodiac sign is Aquarius, and she holds Canadian nationality. She’s an actress, costume designer and a film director, who’s perhaps known best for her portrayal of Sarah, in the critically acclaimed crime comedy series “Trailer Park Boys”. It was created by Mike Clattenburg, starred John Paul Tremblay, Robb Wells and Mike Smith, and follows three felons who are living in a trailer park, and are having a documentary made about their lives. The series has been airing since 2001, and has won four of the 26 awards for which it was nominated.

Sarah was raised in Halifax alongside her sister Molly Kathleen Dunsworth, by their father John Dunsworth, who was a famous actor, and their mother Elizabeth Bates, who was a housewife. Sarah’s sister is also an actress, and is perhaps still known best for having starred in the 2011 action exploitation movie “Hobo with a Shotgun”.

Sarah grew up being interested in fashion, and dreamed about becoming a model. She transitioned to acting while attending a local high school, mostly because she was motivated by her father. However, her family encouraged her to pursue a college degree, so upon matriculating in 1994, Sarah apparently enrolled at university, and obtained her Bachelor of Arts degree in 1998.

Sarah made her debut film appearance in 1998, with her portrayal of Blonde Kitten in the drama “Beefcake”, and her following appearance came six years later, when she reprised her role as Sarah in the comedy “The Trailer Park Boys Christmas”.

In 2006, Sarah starred in the short drama “The Bridge”, and later that year in the critically acclaimed crime comedy “Trailer Park Boys: The Movie”. It was written and directed by Mike Clattenburg, and follows three felons who are planning to steal a lot of money; the movie was nominated for three awards. The year 2008 saw her star in the short horror comedy “Treevenge”, and then she once again played Sarah in the comedy “Say Goodnight to the Bad Guys”; it again follows three felons, who have now become rich.

In 2017 she appeared in an episode of the comedy series “TPB: On Set”, and most recently, in 2019 and 2020, she voiced Sarah, Woman and Assistant Director, in the animated comedy “Trailer Park Boys: The Animated Series”.

Career as a costume designer

Sarah’s career as a costume designer was launched in 2011, when she worked on the movie “Hobo with a Shotgun”, and the same year also saw her design costumes for the short fantasy drama “Heart of Rhyme”.

The year 2014 saw her work on a couple of movies, such as the romantic comedy “Relative Happiness”, the comedy “Trailer Park Boys: Live in F**kin Dublin”, and the short drama “Righteous”. Between 2014 and 2017 she worked on the series “Trailer Park Boys”, and in 2017, Sarah designed costumes for the comedy “What Would Sal Do?”

Sarah has 14 directing credits, making her debut in 1998 by working as a third assistant director on the romantic comedy movie “Recipe for Revenge”.

Between 1997 and 1999, she was a trainee assistant director, working on the drama series “Black Harbour”.

The following years saw Sarah work as a third and second assistant director on a number of movies and TV series, such as the films “The Weight of Water” and “Parsley Days”, and the series “Blackfly” and “Trailer Park Boys”.

Her three most recent directing credits have been the 2009 short comedy film “Backshift”, the 2010 drama “The Gospel According to the Blues”, and the 2014 short drama “Righteous”.

Sarah also has a single producing credit: in 2008, she produced the short movie “The Scavengers”.

She received special thanks for the 2014 short film “Last Resort: Aspotogan”.

Sarah worked in the art department of the short film “Righteous”, as a set designer.

She has made a guest appearance in a number of talk-shows, such as “Wrestling Reality”, “On the Road with TPB” and “Real Fucking Reality Show”.

In 2005, Sarah and her colleagues won a Gemini Award for Best Ensemble Performance in a Comedy Program or Series, for “Trailer Park Boys”, while they had also been nominated for the same award in 2003 and 2004.

She has also been nominated for a 2002 Directors Guild of Canada Team Award for Outstanding Achievement in a Television Series – Comedy, for her performance in “Blackfly” (shared with colleague), as well as for a 2015 Canadian Screen Award for Achievement in Costume Design, for “Trailer Park Boys: Don’t Legalize It”.

Sarah’s quite secretive when it comes to sharing the details of her love life with the public, but she’s today a married woman. On 13 May 2017, Sarah exchanged vows with Ben Nickerson, a Canadian about whom nothing’s known, as she prefers to keep him away from the media’s attention. The two have been seen by Sarah’s fans on many occasions; they don’t have children together, while Ben has two daughters, Ella and Mary, from a former relationship/marriage. It’s believed by many that Sarah and Ben don’t want to have children because they want to focus on their careers, while some believe that Ben doesn’t want to have more children.

Neither of the two have spoken of the people whom they had perhaps been with before meeting each other, and as of July 2021, Sarah’s married to Ben Nickerson, doesn’t have children, but is a stepmother to his two daughters.

Sarah’s a huge dog-lover, and her pet Beagle, Frank, can be seen featured in many of her Instagram pictures. She also has two pet cats.

Sarah loves tattoos, and has various, including several related to the series “Trailer Park Boys”.

She enjoys spending her spare time in nature, especially at national parks.

Autumn’s her favorite season, mostly because of its colors.

In her spare time, Sarah enjoys watching movies starring her favorite actor and actress, Johnny Depp and Natalie Portman, such as the franchise “Pirates of the Caribbean”, “Leon: The Professional” and “V for Vendetta”.