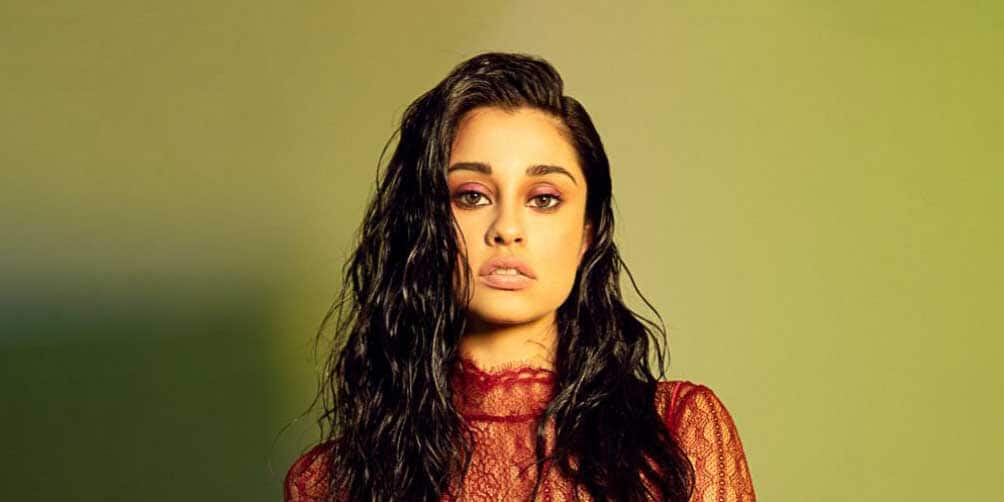 Who is Yvette Monreal? Age, Height, Boyfriend, Net Worth, Wiki

Yvette Monreal is an American actress who is best known to the world as Senna Galan in the TV series “Matador” (2014), and as Reagan in the TV series “Faking It” (2014-2015), in addition to a number of other popular roles that she has secured so far in her career.

Yvette Monreal was born on 9 July 1992 under the Leo zodiac sign, in Los Angeles, California USA, of Mexican and Chilean ancestry. After high school, she enrolled at Santa Monica College where she studied special effects.

After Yvette obtained her degree, she enrolled at the Stella Adler Academy of Acting & Theatre in Hollywood, and is still a member of the school, occasionally attending acting classes.

Yvette’s career started in 2013, when she was cast in the role of Temperance in the TV sci-fi action series “Harpies”, appearing in two episodes next to Damone Williams, Nadeep Khurmi, and John Lamont. The same year, she was selected for the role of Olivia in the TV sci-fi series “Chutes” (2013-2014), sharing the screen with Leo G. Herra and Patrick Dillon Curry.

Next, she guest-starred in the TV series “Awkward.”, and also appeared in the television movie “Runaway”.

In 2014, Yvette had a big break with the role of Senna Galan in the TV sci-fi action crime series “Matador”, appearing in eight episodes of the popular series, alongside the show’s stars, Gabriel Luna, Nicky Whelan, and Neil Hopkins. The same year, she was selected for the part of Reagan in the TV romantic comedy-drama series “Faking It”, appearing in 10 episodes of this award-winning series.

Yvette carried on with television roles, and in 2015 was chosen for the part of Adriana Gutierrez in the TV romantic-drama series “The Fosters” (2015-2017), and in 2016 she was Claudia in the adventure crime-drama film “Lowriders”, starring Gabriel Chavarria, Demian Bichir, and Theo Rossi.

Next, Yvette guest-starred in the crime procedural drama “NCIS” (2018), and the same year also appeared in the sci-fi drama film “Once Upon a Superhero”, co-starring Adam Marcinowski and Ron Bush. Furthermore, she co-starred in the romantic drama film “Monsoon” with Austin Lyon and Katherine Hughes.

In 2019, Yvette secured the role of her career as Gabriela in the latest installment of the “Rambo” franchise, entitled “Rambo: Last Blood”, starring Sylvester Stallone, Paz Vega and Sergio Peris-Mencheta. She became an instant star thanks to the success of the film, and has shared her side of the story on how it is working with Sylvester Stallone. She was even rewarded with the National Film & TV Awards in the category for Best Supporting Actress.

In addition to her work on “Rambo”, most recently Yvette has been selected for the double role as Yolanda/ Wildcat in the DC Universe series “Stargirl”, and so far has starred in all episodes next to her co-stars Brec Bassinger and Anjelika Washington.

Tonight at 8pm WILDCAT comes to life on @TheCW
Thank you @Brecbassinger for being the best Stargirl 💕 me love you long time 🥺😭💕 pic.twitter.com/slAfrjUzsB

When it comes to her personal life, Yvette is a rather secretive celebrity, and there isn’t much information about her life other than her career. Nevertheless, she was rumored to be dating British actor Gregg Sulkin back in 2015, when they were working together on the TV series “Faking It”. However, neither she nor Gregg responded to the speculation.

Because of her secrecy, speculation about her sexuality arose, as it’s believed by some that she’s lesbian, partly because of the fact that she played a lesbian character in the TV series “Faking It”.

Furthermore, she often posts pictures of enjoying herself with a baby boy named Vin, but there isn’t information that the boy is her son. According to sources, Yvette is currently single and focused on her rising career.

As of mid- 2021, Yvette Monreal’s net worth has been estimated to be around $1 million, earned through her successful career as an actress, during which she has appeared in around 14 film and TV titles, all of which have contributed to her wealth.

This award-winning actress has dark brown hair and hazel eyes.

Unlike many, Yvette wasn’t introduced to the “Rambo” film franchise, and didn’t know a thing about it before she auditioned for the role of Gabriela.

Yvette loves to read and it’s one of her favorite things to do. She enjoys reading self-help books, but also plays are a huge part of her life. However, the gym also represents one aspect of her life, and she’s known for her boxing skills.

Yvette is an outdoors person too, and loves spending time exploring nature, and has spent her Cinco de Mayo on the hiking trails in the area. Furthermore, she loves to travel, and has named Paris as her favorite destination, while the Caribbean Islands is her favorite vacation destination.

She plays the ukulele, while her first car was a 2000 Toyota Camry, which her father bought for her from Yvette’s aunt.

Before launching her acting career, young Yvette worked at GW’s store located at the Del Amo mall in Los Angeles.