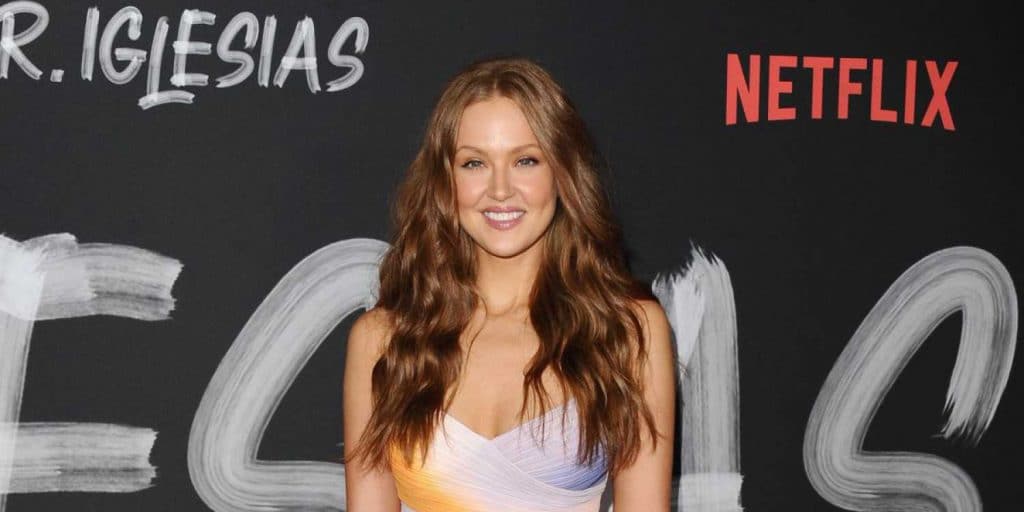 Who is Maggie Geha?

Maggie Geha was born in Boston, Massachusetts USA, on 4 April 1988 – her zodiac sign is Aries and she holds American nationality. She is an actress and a model who might be known best for her portrayal of adult Ivy ‘Pamela’ Pepper in the action crime series “Gotham”, created by Bruno Heller and which starred Ben McKenie, Jada Pinkett Smith and Donal Logue. It follows the life of Detective James Gordon years before Batman arrived in Gotham City. The series aired from 2014 to 2019 and won seven awards including one Primetime Emmy, while it was nominated for 62 other awards.

Why did she leave Gotham?

There have been rumors circulating the internet concerning why Maggie was removed from the cast of “Gotham”. Many people believed that she was not on good terms with the producers, or that she asked for a raise which she didn’t get and thus decided to quit. However, the showrunners have stated that they wanted to change Maggie’s character, Poison Ivy from a comic to a scary and ruthless person.

Maggie was raised in Boston alongside her sister Sophie Geha, by their mother Mary Westbrook who is said to be a theatre actress, but nothing about the girls’ father is known, as he prefers to stay away from media attention.

Maggie became interested in acting while attending high school in Vermont, and she practiced her skills with the school’s drama club, appearing in plays performed both at the school and at a local theatre. She was also interested in modelling, and was in 2004 crowned Miss Vermont Teen USA. Upon matriculating in 2006, Maggie enrolled at Marymount Manhattan College in New York City, from which she graduated with a Bachelor of Arts degree in theatre in 2010.

Maggie made her debut film appearance in 2011, when she portrayed Cate in the short drama “Taxi Cab Teranga”, written and directed by Sara Bailin, and in which she starred alongside Maba Ba and Jennifer Desmarais.

The year 2012 saw her star as Chloe in the short comedy “Save the Cat”, but which failed to attract any attention, then in 201, she starred in another short – “David Gandy’s Goodnight”. Maggie went on to appear in the music video “Beyonce: Pretty Hurts”, and in 2014 appeared in her first feature film, the mystery fantasy drama “Winter’s Tale”. It was written and directed by Akiva Goldsman, starred Colin Farrell, Jessica Brown Findllay and Russell Crowe, and follows a burglar who falls in love with an heiress who then dies in his arms; the movie was nominated for two awards. In the same year, Maggie was cast to play the supporting character Flo Bai in the romantic comedy “The Rewrite” which starred the famous actors Hugh Grant, Whit Baldwin and Vanessa Wasche, and follows a writer as he starts teaching at a college on the East Coast and there falls in love with a single mother.

Maggie then starred in the short thriller “White Briar Rose” which attracted no attention, but in 2015, Maggie was cast to play a female nurse in the critically acclaimed comedy “Ted 2”, which starred Mark Wahlberg and Amanda Seyfried, and follows the plush bear Ted who wants to have a baby with his girlfriend, but first has to prove in court that he’s a person. The movie won three and was nominated for four other awards.

Three of Maggie’s most recent roles in movies have been in the 2015 romantic comedy “In Stereo”, the 2016 mystery crime drama “The Harrow”, and the 2017 short comedy “Dead Without Your Love”. She has recently been cast to appear as Femme Fatale in the upcoming comedy “Benny’s Lament”.

Maggie made her debut TV series appearance in 2012, when she portrayed The Hot Girl in Bar in the episode “Dirty Rotten Scandals” of the hit romantic drama “Gossip Girl”, then in 2013, she appeared in a single episode of the comedy “30 Rock”.

Maggie’s first notable performance in a series was later in 2013, when she portrayed Susan in six episodes of the romantic mystery drama “All My Children” created by Agnes Nixon, and which starred Julia Barr, Ryan Bittle and Lindsay Hartley – it’s a continuation of the eponymous soap opera which aired from 1970 to 2011. In 2015, Maggie appeared in the pilot episode of the comedy drama “Happyish”, and in 2020 portrayed Abigail Spencer in the episode “Mr. Iglesias: Olympic Effort” of the family comedy “Game On! A Comedy Crossover Event”.

Her most recent role in a TV series has been in 2020, when she reprised her role as Abigail Spencer, one of the lead characters in the comedy “Mr. Iglesias”, created by Kevin Hench and which starred Gabriel Iglesias, Sherri Shepherd and Jacob Vargas. It follows a high school teacher as he works with talented but entirely disinterested teenagers. The series was nominated for three awards, winning one.

Maggie is more or less secretive when it comes to her love life, and it appears that the popular actress prefers to focus on her career rather than on finding the man of her dreams – or simply her other half.

In 2017, Maggie started dating Daniel Campbell, an actor with 14 credits to his name, perhaps known best for his performances in the 2018 romantic movie “Only You”, the 2018 biographical action film “Outlaw King” and the 2019 action adventure series “Knightfall”. Maggie and Daniel dated for over a year before splitting ways for unknown reasons.

Maggie hasn’t spoken about any other men whom she has perhaps dated, and as of February 2021, she is single, hasn’t married and doesn’t have children.

Maggie has never been interested in politics, however, she supported Joe Biden in the 2020 presidential election, and urged others to vote for him as well. She has used her fame on Instagram (close to 210,000 followers) to write about Biden and get people to vote.

She is a cat-lover, and has two pet cats which can be seen featured in some of her Instagram pictures.

Summer is her favorite season, as she enjoys showing off her body at the beach, sun tanning and swimming in the ocean.f

raggie is an advocate for equal rights of all humans, and today supports the movement Black Lives Matter.

She has her own favorite actors and actresses, some of whom are Matthew Perry, Matt LeBlanc and Jennifer Aniston, and a couple of her favorite comedy series are “Friends”, “Third Rock from the Sun” and “That ‘70s Show”.