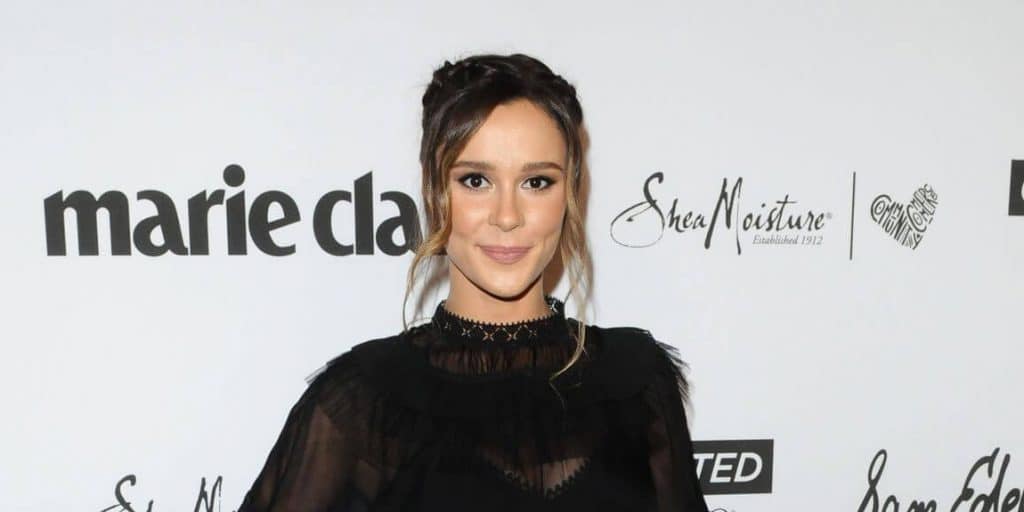 Who is Bella Dayne?

Bella Dayne was born as Isabelle Knispel, in Berlin, Germany on 8 January 1994 – her zodiac sign is Capricorn and she holds German nationality. She’s an actress who’s probably known best for her portrayal of Astrid in the critically acclaimed science fiction series “Humans” which starred Katherine Parkinson, Lucy Carless and Gemma Chan, and follows the life in an alternative world, in which most families have a robotic servant called ‘Synth’, which is nearly the same as a real human being. The series aired from 2015 to 2018, and won one of the seven awards it was nominated for.

Bella was raised in Berlin by her parents, about whom very little is known as they prefer to be left out of media; her mother Angelika Knispel works in Berlin as a general practitioner, while her father’s a businessman. Bella hasn’t spoken about having any siblings, so she’s believed to be an only child.

She grew up being interested in modelling, and in 2006 while still attending a local elementary school, Bella was crowned Miss Germany in her age category. She went on to enroll at a local high school at which she became interested in acting, and in 2009 aged 15, she launched her acting career with her portrayal of Lea in the romantic comedy movie “Thank You New York”, while the same year saw her star as The Mistress in the short drama film “A Café Window”.

Bella became physically active at high school, as she took on a couple of sports including tennis and soccer, and continued appearing in movies, as the year 2010 saw her star in three shorts “Warcox”, “The Gardener” and “Stained”.

Upon matriculating in 2012, Bella moved to New York City and enrolled at Stella Adler Studio of Acting, from which she obtained her Bachelor of Arts degree in acting in 2016. She then moved to Los Angeles in California, and there worked three jobs while auditioning.

In 2011, Bella played the lead character Diane in the short historical drama “Dig”, and the same year also saw her portray Maria in the thriller “Level 26: Dark Revelations”, Natasha in the short romantic drama “The Other Side of Sanity”, and Chantal in the drama “Frankly, Frankly”.

The following years saw her appear in several movies which failed to attract much attention, such as the 2012 short drama “Grace”, the 2012 drama “Yellow”, and the 2013 short drama “Black Dog”. In 2014, Bella portrayed Juliette, one of the lead characters in the romantic drama “Layover”, written and directed by Joshua Caldwell and which also starred Nathalie Fay and Karl E. Landler. It follows a young Parisian who has to stay in Los Angeles after her flight to Singapore is cancelled; the film was nominated for a single award. The year 2015 saw her play Courtney in the comedy “Body High”, and Emerson in the drama “Tomato Soup”, then in 2016, Bella played Peyton Grey in the horror thriller “Don’t Hang Up” written by Joe Johnson, directed by Alexis Wajsbrot and Damien Mace, and which also starred Gregg Sulkin and Garrett Clayton.

The film follows two teenagers who have been playing the game of drunken prank calls, but have called the wrong person. In 2017, Bella played Zade in the comedy “Sex Guaranteed”, which received mixed reviews.

Her most recent movie role has been her portrayal of Erika Simmons in the 2018 short drama “Fuerteventura”.

Bella made her debut TV series appearance in 2012, with her portrayal of Brunette in the episode “How to Get Along with Your Boss’s New Girlfriend” of the comedy “How to Be a Gentleman”, and the following years saw her make a guest appearance in an episode of various series, such as the hit horror thriller drama “American Horror Story”, the comedy “The Goldbergs”, and the action crime drama “Person of Interest”.

In 2016, Bella was cast to play the supporting character Delphine in the comedy “Plebs”, which stars Tom Rosenthal, Ryan Sampson and Tom Basden, and follows three young adults as they’re trying to get laid, and find good jobs in ancient Rome. The series has been airing since 2013, and has been nominated for ten awards, winning two. The same year saw Bella make a guest appearance in the science fiction thriller “The Man in the High Castle”, and in 2017 she played the supporting character Eliette in two episodes of the drama mini-series “Guerrilla”.

She gained recognition in 2018, after she was invited to play the lead character Helen of Troy in the action adventure fantasy “Troy: Fall of a City”, created by David Farr, and which also starred Louis Hunter and Christiaan Schoombie, however, the film received poor reviews.

Bella’s two most recent roles in TV series have been in three episodes of the 2020 adventure fantasy drama “Cursed”, and the 2020 episode “Kepler X-47” of the mystery horror drama “Etheria”.

Bella has a single producing credit: in 2011 the short romantic drama “The Other Side of Sanity”.

Bella prefers to keep details of her love life to herself, but it’s known that she has been in a relationship with the Australian actor Louis Hunter since 2017, since they met on the set of the series “Troy: Fall of a City”, in which he portrayed Paris.

Louis was born in Sydney, New South Wales, Australia, on 17 March 1993 – his zodiac sign is Pisces and he holds Australian nationality. He was 16 when he launched his acting career with an appearance in the 2009 TV series “Out of the Blue”, while he’s today known for his roles in the series “The Fosters”, the thriller movie “The Honor Farm”, and the series “On the Ropes”.

Bella hasn’t spoken of any other men she has perhaps dated, while there are rumors circulating the internet that she is or once was a married woman, however, these have been proven untrue. As of March 2021, she’s dating Louis Hunter, hasn’t married and doesn’t have children.

Bella’s keen on spending her spare time outdoors and in nature, rather than in overcrowded cities. Her Instagram account is filled with pictures taken in places such as woods, parks and beaches.

She’s keen on travelling, and has been to various US states such as Arizona, Texas and Nevada, as well as many European countries including France, the Netherlands and Belgium.

Bella’s favorite season is winter, as she’s an avid skier and snowboarder, and has apparently also entered several skiing competitions. She also likes summer, as she enjoys sun tanning at the beach, swimming in the ocean and playing beach sports.

Bella has her own favorite actors and actresses, some of whom are Eddie Redmayne, Julia Roberts and Anne Hathaway, and her favorite movies include “Les Miserables”, “Pretty Woman” and “One Day”.