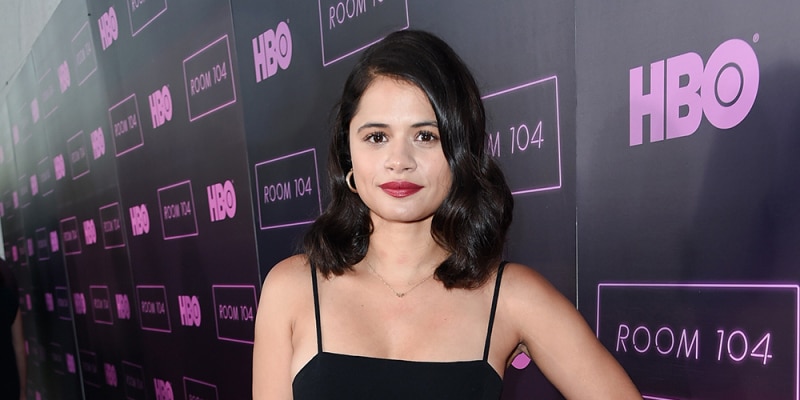 Who is Melonie Diaz from Charmed? Net Worth, Boyfriend

Melonie Diaz was born in New York City, USA, on 25 April 1984 – her zodiac sign is Taurus and she holds American nationality. She is an actress who is perhaps known best for her portrayal of Sophina, one of the lead characters in the 2013 biographical crime movie “Fruitvale Station”, written and directed by Ryan Coogler, and which also starred Michael B. Jordan and Octavio Spencer. It follows Oscar Grant III as he meets friends and enemies on 31 December 2008. The movie was a hit winning 37 awards, while it was nominated for 56 others.

Melonie was raised alongside her older sister in New York City by their parents, about whom not a lot is known except that they are both originally from Puerto Rico.

She attended the arts program at Henry Street Settlement, and thus became interested in acting at quite an early age. Melonie’s family was very supportive of her interest in acting. and she went on to attend the Manhattan’s Professional Performing Arts School. She launched her career while there, portraying Maribel Benitez in the 2001 crime comedy “Double Whammy”, written and directed by Tom DiCillo, and which starred Denis Leary, Elizabeth Hurley and Luis Guzman. It’s about a police detective who struggles to rebuild his reputation after he fails to prevent a massacre at a local restaurant; the film won two out of the six awards it was nominated for.

Melonie matriculated in 2002, and in the same year appeared in the romantic drama “Raising Victor Vargas” and the short film “From an Objective Point of View”.

Although she had already launched her acting career. Melonie decided to continue her education, and enrolled at New York University’s Tisch School of the Arts, from which she obtained her Bachelor of Arts degree in film production in 2006.

During her time at college, Melonie appeared in the series “Queens Supreme” and “Law & Order”, and the movies “Lords of Dogtown” and “A Guide to Recognizing Your Saints”.

Melonie’s first notable performance in a movie was her portrayal of Clara Diaz in the 2008 mystery crime comedy “Assassination of a High School President”, which starred Reece Thompson, Mischa Barton and Bruce Willis, and follows a teenager working for the school’s newspaper as he investigates the theft of SAT exams.

The same year saw Melonie play a supporting character in the comedy “Be Kind Rewind”, written and directed by Michel Gondry, and which starred Jack Black, Yasiin Bey and Danny Glover.

She went on to appear in several critically acclaimed movies, including the 2008 romantic comedy “Nothing Like the Holidays”, and the 2012 romantic comedy “Save the Date”. The year 2016 saw her portray Dany Wilkins in the horror thriller “The Belko Experiment” written by James Gunn, directed by Greg McLean, and which starred John Gallagher Jr., Tony Goldwyn and Adria Arjona. It follows eighty Americans stuck in their offices while being ordered by a strange voice to kill each other if they want to live.

Melonie’s most recent three roles in movies have been in the action crime comedy “Gringo”, the  romantic comedy “All About Nina”, and the action horror science fiction “The First Purge”, all in  2018.

The year 2010 saw Melonie play Ramona Perez in three episodes of the drama “Nip/Tuck”, and she went on to make guest appearances in an episode of several series, before being cast in 2012 to star in the title role  “Ro” in the eponymous drama which also starred Colleen Foy and William Mapother, however, the series was cancelled after airing six episodes.

Melonie’s following notable performance was in the 2017 musical drama “The Breaks”, in which she starred alongside Afton Williamson and Tristan Mack Wilds, and which follows three friends hoping to one day become famous hip hop artists.

Her most recent role in a TV series has been in the fantasy drama “Charmed”, in which she has been starring alongside Madeleine Mantock and Sarah Jeffery since 2018. It follows three sisters who are witches and are fighting supernatural creatures; the series has received mixed reviews, but still won two awards and been nominated for four others.

She received special thanks for the 2010 romantic comedy “Hypo”.

She has appeared in various talk-shows too, including “Made in Hollywood” and “The Queen Latifah Show”.

Melonie is quite secretive when it comes to her love life, but it’s known that she is today engaged to her long-term boyfriend Octavio Genera.

He asked the question in June 2019, but it appears as the two still haven’t exchanged vows. Octavio is an actor, writer and a composer, probably known best for having written and starred in the 2011 short musical “The Soft White Sixties: Better Way”.

There are rumors circulating the internet that Melonie was once in a relationship with Adam Scarimbolo who is also an actor, and that she also dated the famous actor Victor Rasuk. She hasn’t addressed any of these rumors, but there are still many people out there who believe that Melonie has dated both of these men.

As of February 2021, she is engaged to Octavio Genera, hasn’t married and doesn’t have children.

Melonie wasn’t interested in politics until 2020, when she became dissatisfied with the now former President of the US Donald Trump, and decided she would vote for Joe Biden.

She also used her Instagram fame to urge other people to vote as well.

She loves to travel, and has been all around the USA for both work and pleasure, while Melonie also enjoys travelling overseas, and has just recently visited her dream travel destination – Paris in France – with her fiancé.

She likes to watch movies late at night, and her favorite actor and actress are Jean Reno and Natalie Portman – a couple of her favorite movies are “Leon: The Professional”, “Flyboys” and “The Pink Panther”.