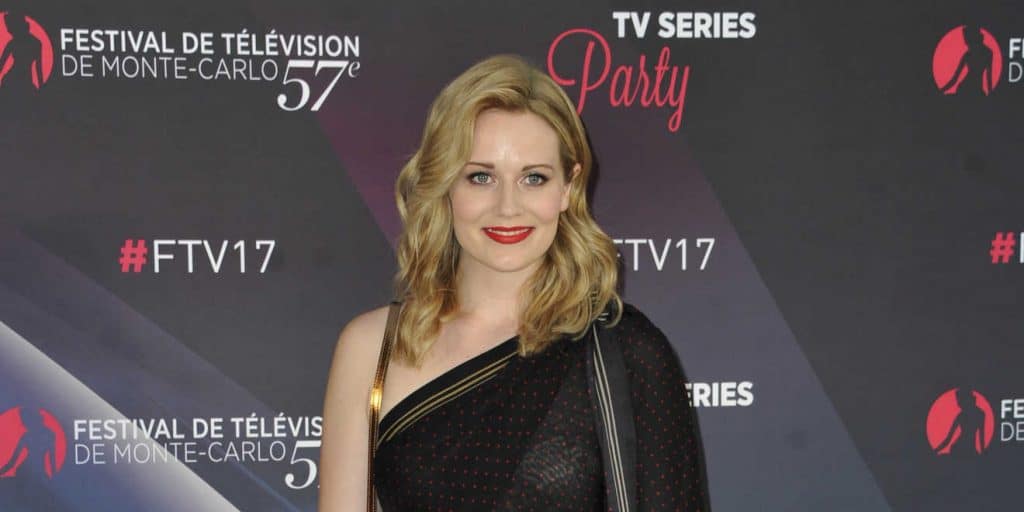 All About Cara Theobold from ‘Absentia’ – Is she married? Bio

Who is Cara Theobold?

Cara Louise Theobold was born on 8 January 1990 under the zodiac sign of Capricorn, in Wakefield, West Yorkshire, England. She is a 30-year-old actress, probably best recognized for landing the role of Ivy Stuart in the ITV historical drama series “Downton Abbey” (2012-2013), playing Sarah Travers in the BBC One drama series “The Syndicate” (2015), and featuring as Alice Durand in the AXN thriller drama series “Absentia” (2017-2020).

How rich is she, as of now? Cara Theobold Net Worth

As of late 2020, Cara Theobold’s net worth is estimated at over $2 million, acquired through her successful involvement in the film industry as a professional actress, who has worked on more than 25 television and film titles since her career started back in the early 2010s.

Cara Theobold spent her early years in her hometown of Wakefield, where she was raised by her parents; however, their names and professions haven’t been disclosed yet. Many believe that she is the only child, since she has never mentioned anything about siblings. Cara holds English nationality, belongs to White Caucasian ethnic group, and is a Christian.

Regarding her education, she went to Outwood Grange Academy, a secondary school located in Outwood near her hometown, and developed her interest in acting at a very young age, so thereafter she enrolled in the Guildhall School of Music and Drama in London.

At the time she was about to complete her studies there, Cara auditioned for her first acting role in “Downton Abbey”. After winning the role, she was allowed to finish her final year early.

Cara Theobold made her debut appearance in the main role of kitchen maid Ivy Stuart in the British historical drama series “Downton Abbey”, created by Julian Fellowes and aired on ITV channel. She joined the cast for the third and fourth seasons of the series between 2012 and 2013, and starred along with such actors as Phyllis Logan, Hugh Bonneville and Elizabeth McGovern. The series was critically acclaimed, and Cara’s work on it led her to become a co-recipient of the Screen Actors Guild Award for Outstanding Performance by an Ensemble in a Drama Series.

Rise to Fame and “The Syndicate”

Thereafter, Cara guest-starred in such roles as Ilona in an episode of the Channel 4 sitcom “Lovesick” (2014), Holly in two episodes of the BBC One comedy-drama series “Last Tango In Halifax” (2015), and Marie Amos in an episode of the BBC period drama series “Call The Midwife” (2015). During the same year, she was chosen to portray the main role of Sarah Travers in the third season of the BBC One drama series “The Syndicate”, played Ellen in the six-episode sitcom “Together”, created by Jonny Sweet and broadcast on BBC Three, and portrayed Sarah Grey in the made-for-TV drama film “Harry Price: Ghost Hunter”.

In the following year, Cara made her big-screen debut as Ellie in Andy Edwards’ comedy horror film “Zombie Spring Breakers”, which was followed by her portrayal of Amy in the six-part comedy horror series “Crazyhead”, also in 2016.

In 2017, Cara was selected to play Alice Durand in the American thriller drama series “Absentia”, aired on AXN, starring next to such actors as Stana Katic, Patrick Heusinger and Matthew Le Nevez. After being in the main cast for its first two seasons, she returned for the third season in 2020 in a guest-starring role.

Concurrently, Cara continued to pursue other acting projects, and in 2018 after landing the role of Lucy in two episodes of the four-part British crime drama mini-series “National Treasure: Kiri” on Channel 4, Cara portrayed Tracer in Steven Spielberg’s sci-fi action-adventure film “Ready Player One” – the film received positive reviews, and grossed over $580 million worldwide. In the same year, she also landed the role of Victoria Brown in the Polish war film “Squadron 303”.

Later that year, she played Maggie in Oliver Krimpas’ drama film “Around The Sun” and was also cast as Jo, one of the main characters, in the Hulu comedy horror series “Zomboat!”

Cara Theobold is also known as a voice actress; she’s provided her voice to the character Tracer in the 2015 action-adventure video game “Heroes Of The Storm” and the 2016 action sci-fi video game “Overwatch”, which earned her a BTVA Voice Acting Award nomination for Breakthrough Voice Actress of the Year in 2017. Cara also voiced the same character in a number of short animate film titles, such as “Overwatch: Recall” (2016), “King’s Row Uprising Origin Story” (2017), “Doomfist Origin Story” (2017), and “Zero Hour” (2019), among others.

The famous English actress has long blonde dyed hair and blue eyes. She stands at a height of 5ft 5ins (1.65m), while her weight is around 132lbs (60kgs), and her vital statistics are 34-25-35. Her bra, dress and shoe sizes aren’t available.

Personal Life: Is She Married?

Cara Theobold isn’t very open when it comes to her personal life. In 2016, she was rumored to have been romantically involved in a relationship with “Outlander” star Richard Rankin. The two sparked the rumors after they met on the set of “The Syndicate” and became pretty close to each other.

Even though they never confirmed their romance, Cara and Richard were spotted together on multiple occasion, but their rumored relationship didn’t last long. She is single at the moment. Her current residence is in London, England.

Cara enjoys spending her free time in nature. She also enjoys swimming and having fun with her friends, and is an animal lover – her favorite animals are dogs.

Her acting role models are Emma Thompson, Julie Walters, and Olivia Colman. She once said that comedy is her favorite genre to act in.