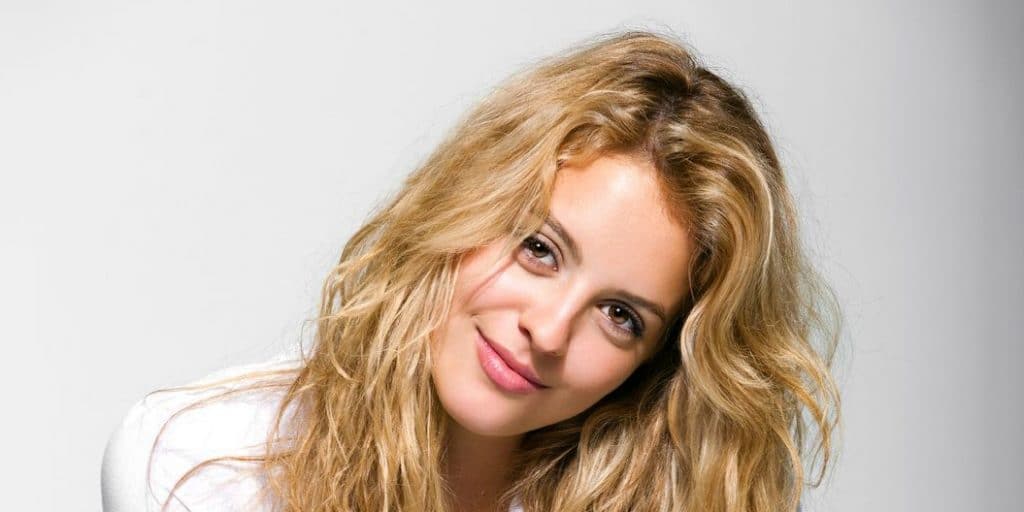 All About Gage Golightly’s Biography: Husband, Height, Net Worth

Who is Gage Golightly?

Gage Golightly was born on 5 September 1993 under the zodiac sign of Virgo, in California USA; however, the actual place of her birth is unknown. She is a 27-year-old actress, probably best recognized for landing the role of Hayley Steele in the Nickelodeon comedy series “The Troop” (2009-2013), playing Erica Reyes in the MTV supernatural teen drama series “Teen Wolf” (2012-2013), and featuring as Karen in the Amazon Prime Video comedy-drama series “Red Oaks” (2014-2017).

How rich is she, as of now? Gage Golightly Net Worth

As of mid-2021, Gage Golightly’s net worth is estimated at over $3 million, acquired through her successful involvement in the world of entertainment as a professional actress, who has garnered 28 TV and film acting credits since she launched her career in 2002.

Gage Golightly spent her early years on a 12-acre farm in Penn Valley, California, where she was raised by her father who’s a doctor, and her mother, who works as a nurse; the names of her parents haven’t been revealed to the public.

She is the youngest of four children, with a sister and two brothers; one of her brothers is named George and he runs a pizza parlor. She holds American nationality and belongs to White Caucasian ethnic group. Regarding her education, Gage attended Laurel Hall Middle School, then went to Flintridge Sacred Heart Academy, a private all-girls Catholic high school located in La Cañada Flintridge, California. Growing up, Gage developed her love for performing and dancing.

Gage Golightly knew that she wanted to become an actress by the age of eight, so her mother eventually took her to Los Angeles, California to find a manager for her.

About a year later, she made her debut appearance as Eva in the 2002 drama film “Speakeasy”, written and directed by Brendan Murphy. Although her role was minor, it would soon open up more serious opportunities for her. In 2003, she had the part of Karen in the short film “The Vest”, followed by her portrayal of a young Carol in the made-for-TV family comedy film “A Carol Christmas”.

In 2004, Gage Golightly starred in the role of Taylor Garrett in the made-for-TV drama film “The Long Shot”, aired on Hallmark Channel.

Later that year, she landed her first recurring role, as Jesse Neumeyer in the Sci-Fi Channel five-part action-drama miniseries “5ive Days To Midnight”, directed by Michael W. Watkins. Her first major role came when she was chosen to play Thea Grant in the short-lived medical drama TV series “Heartland”, that aired on TNT from June to August 2007, but was canceled due to low ratings.

Two years later, she took the main role of Hayley Steele in the Nickelodeon comedy series “The Troop”, co-starring alongside Nicholas Purcell and David Del Rio; it follows a group of teenagers who fight and capture monsters and other creatures. She remained in the show until it ended in 2013, appearing in over 40 episodes. Concurrently, she continued to work on other projects, and had guest roles in such TV series as “True Jackson, VP” and “Big Time Rush”.

Gage Golightly’s next significant appearance came when she was cast as Tessa Banner in The CW’s thriller crime drama series “Ringer”, starring in seven episodes next to Sarah Michelle Gellar between 2011 and 2012. It was followed by her supporting part as Erica Reyes in the supernatural teen drama TV series “Teen Wolf” (2012-2013), created by Jeff Davis for MTV. The series received positive reviews from critics and numerous awards, including 13 Teen Choice Awards.

Gage then landed the role of Matty in the Lifetime adventure crime drama film “Gone Missing” in 2013, and thereafter took the main role of Karen in the comedy-drama streaming TV series “Red Oaks”, created by Gregory Jacobs and Joe Gangemi, broadcast on Amazon Prime Video from 2014 to 2017.

After guest-starring in “Law & Order: Special Victims Unit”, Gage Golightly took the part of Lynn in the short-lived ABC drama series “Ten Days In The Valley”, both in 2017. In the next year, she starred in the role of Libby in the dance comedy film “Step Sisters”, directed by Charles Stone III, then portrayed Paige Wilcox in the 2019 romantic comedy film “The Last Summer”, released by Netflix. In the same year, she guest-starred as Alice ‘Al’ Bronson in three episodes of The CW supernatural procedural crime drama series “iZombie”.

Most recently, Gage landed the main role of Corporal Grace Durkin in the Paramount military comedy-drama series “68 Whiskey” (2020); however, it was canceled after one season.

Gage Golightly has dated several men in the past. She was romantically involved with actor and singer James Maslow from February to November 2011, then was rumored to be dating actor Colton Haynes; however, it wasn’t confirmed, and there were also rumors that she was in a relationship with singer Zayn Malik in 2015.

In July 2019, she started dating director, editor, and music producer Jason Christopher Mayer. They shared cute snaps on social media, however, their romance probably came to a split since their photos were deleted. It’s believed that Gage is single at the moment; her residence is in Los Angeles.

Gage was diagnosed with dyspraxia when she was two years old, so her parents had to use sign language to communicate with her until she underwent speech therapy. She was also very clumsy as a child, due to impaired motor skills.

Gage is an avid dog lover, and has two pet dogs named Bowie and Santa. She also adopted a dog named Ellie back in 2012.