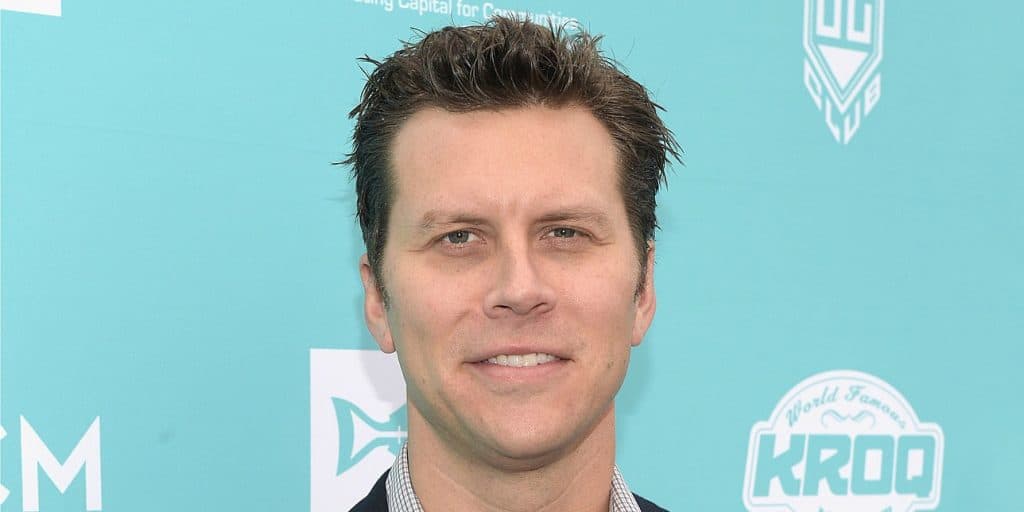 All About Hayes MacArthur – Height, Net Worth, Daughter, Bio

Who is Hayes MacArthur?

Hayes MacArthur was born in Chicago, Illinois on 16 April 1977 – his zodiac sign is Aries and he holds American nationality. He is an actor, writer and a stand-up comedian, who might be known best for his portrayal of Jay Geils in the action crime comedy series “Angie Tribeca” created by Nancy Carell and Steve Carell, and which starred Rashida Jones, Jere Burns and Andree Vermeulen. It follows the detective Angie and her team of Los Angeles Police Department detectives, as they solve the most serious of crimes. The series aired from 2016 to 2018, and was nominated for two Primetime Emmy Awards.

Hayes was raised in Chicago alongside his younger brother Scott by their mother Shelley and their father Bruce. Shelley and Bruce divorced, and Hayes’ mother remarried William F. Farley, the businessman who owns the Farley Industries.

Hayes grew up being interested in comedy, and would often perform for his parents at home as well as for his friends at Deerfield Academy. He was interested in sports, and played football for his school’s team. Upon matriculating in 1995, Hayes enrolled at Bowdoin College located in Brunswick, Maine and graduated with a Bachelor of Arts degree in government in 1999. He continued his education at the Groundlings Theatre Company, while he also practiced acting with the Atlantic Theatre Company.

Hayes launched his career as a stand-up comedian straight out of college, and subsequently gained recognition after entering and winning the 2003 Rebels of Comedy Competition. He then performed in various comedy shows, such as “Premium Blend” and “Pushing Daisies”.

He made his debut film appearance in 2003, when he starred in the short action comedy “Smooth”, written and directed by Matt Antell, and which also starred Alexander Chance and Thomas Craig Elliott. He portrayed Dusty Wurtman in his first feature film, “Wiener Park” which failed to attract a lot of attention, then in 2006 Hayes starred as Guy Hansen in the comedy “The Adventures of Big Handsome Guy and His Little Friend”.

A couple of his following roles were in the 2007 family sports comedy “The Game Plan”, the 2008 comedy “Lower Learning”, and the 2009 comedy “This Might Hurt”. In 2010, Hayes portrayed Ron, one of the lead characters in the 2010 romantic comedy “She’s Out of My League”, which also starred Jay Baruchel, Alice Eve and T. J. Miller, and follows Joe who is dating a perfect woman, but is too immature for a relationship.

The year 2012 saw him portray Dave in the romantic comedy “Bachelorette”, written and directed by Leslye Headland, and which starred Kirsten Dunst, Isla Fisher and Lizzy Caplan. The film won an award and was nominated for two others.

In 2014, Hayes portrayed Ned in the fantasy comedy “A Haunted House 2” which received mixed reviews, and in 2018 he was Mountie Podien in the mystery crime comedy “Super Troopers 2”, written and directed by Jay Chandrasekhar, who also starred in it alongside Kevin Heffernan and Steve Lemme. It follows the Super Troopers tasked with maintaining the peace on the US and Canada border.

Hayes made his debut TV series appearance in the 2005 episode “Pole Lox” of the comedy “The King of Queens”, and then went on to appear in single episodes of various series, such as the crime fantasy drama “Medium”, the comedy “Thick and Thin”, and another comedy “Curb Your Enthusiasm”.

He gained recognition in 2008 after being cast to play Chad in the comedy “Worst Week” created by Matt Tarses, and which starred Kyle Bornheimer and Erinn Hayes – it follows a young couple as they meet each other’s parents. In 2010, Hayes was cast as Rex in the romantic comedy “Perfect Couple”, which is about three couples who have different views on how a perfect relationship should be. Hayes continued appearing in single episodes of various series, such as “Happy Endings” and “Suburgatory”, and in 2012 played the supporting character Wyatt in the comedy “Go On”.

A few of his following appearances were in the 2014 episode “Pilot” of the comedy “The Rebels”, but which wasn’t picked up by any networks, the 2015 episode “Looking for a Plot” of the romantic comedy “Looking”, and the 2016 episode “Dead Husbands Society” of the comedy mini-series “Lady Time”.

In 2019, he portrayed the lead character Greg Anderson in the comedy “Mr. Mom”, which also starred Andrea Anders and Catherine Last, and follows Greg who is taking care of his children at home while his wife works.

Some of Hayes’ most recent roles in TV series have been in eight 2019 episodes of the comedy “Merry Happy Whatever”, a single 2019 episode of the drama “The Morning Show”, and the 2020 episode “Garden Party” of the comedy “Schooled”.

Hayes has four producing credits: both short and the feature film “The Adventures of Big Handsome Guy and His Little Friend” (which are also his only two writing credits), the short film “The Bare Show”, and the TV series “Mr. Mom”.

He received special thanks for the 2004 documentary film “A League of Ordinary Gentleman”, and the 2018 comedy thriller “The Oath”.

Hayes has appeared in various TV shows, some of which are “Late Night with Seth Meyers”, “Home & Family”, and “Made in Hollywood”.

On 17 December 2007, Hayes and Alison Elizabeth ‘Ali’ Larter announced their engagement. Ali is an American model and actress, who might be known best for her portrayal of Claire Redfield in the action horror movie “Resident Evil: Extinction”, based on the survival horror video game series.

Hayes and Ali married in a private ceremony on 1 August 2009 at Hayes’ parents’ estate in Kennebunkport, Maine. On 20 December 2010, they welcomed their son Theodore Hayes MacArthur, while their daughter Vivienne Margaret MacArthur followed on 15 January 2015. The family also counts two other members: Hayes and Ali’s dogs Ella and Jackpot.

Neither Hayes nor Ali have talked about any other people they might had dated before meeting each other, and as of January 2021, Hayes is married to Alison Larter, and they have two children together. The family is living in a house in the Hollywood Hills valued at $2.9 million.

Hayes enjoys being in nature, which is why he purchased a house with a huge property for his family. He likes to spend his spare time in his garden and has been teaching his children some basic gardening skills. He has spent a lot of time with his kids during the COVID-19 pandemic, and has uploaded pictures and videos onto his Instagram account featuring his daughter breaking their laptop with a hammer, painting his nails and doing random funny things.

incredibly uplifting evening at @theartofelysium…the best people bringing the healing power of art to those who need it most. 🙌 pic.twitter.com/Ds7G0UK870

He is a huge fan of basketball, and cheers for the Los Angeles Lakers.

Hayes is sporting – he has two to three training sessions at the gym each week, while the only sport he plays today with his friends is golf.

He likes to watch movies late at night, and his favorite actor and actress are Jim Carrey and Scarlet Johansson, while a couple of his favorite films are “The Eternal Sunshine of the Spotless Mind”, “Bruce Almighty” and “Yes Man”.

As of January 2021, his net worth has been estimated at close to $2 million.