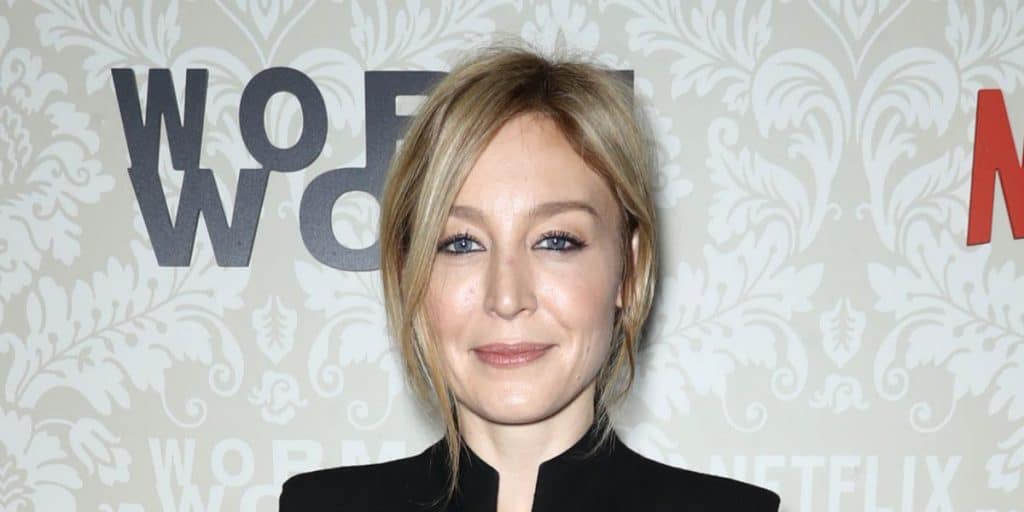 All About Juliet Rylance – Biography: Age, Husband, Net Worth

Who is Juliet Rylance?

Juliet Katherine van Kampen, better known as Juliet Rylance, was born on 26 July 1979 under the zodiac sign of Leo, in Hammersmith, London, England. She is a 41-year-old stage, film and TV actress and producer, probably best recognized for landing the role of Cornelia Robertson in the Cinemax drama series “The Knick” (2014-2015), playing Alison Hawthorne-Price in the CBS mystery drama series “American Gothic” (2016), and featuring as Rebecca Harper in the BBC One / AMC crime drama series “McMafia” (2018).

How rich is she, as of now? Juliet Rylance Net Worth

As of mid-2021, Juliet Rylance’s net worth is estimated at over $500,000; acquired through her successful involvement in the world of entertainment, particularly as an actress, who has worked on 17 television and film titles since she launched her career in 2003.

Juliet Rylance spent her early years in her hometown of Hammersmith, where she was raised by her father, Chris van Kampen who worked as an architect, and her mother Claire van Kampen, a well-known director, composer and playwright.

Her parents divorced when she was seven years old, and her mother remarried to Academy Award-winning actor Mark Rylance, who adopted her and gave her his last name. Her younger sister named Nataasha, was a filmmaker, but passed away in 2012. Juliet holds British nationality and belongs to White Caucasian ethnic group. Regarding her education, Juliet trained at the prestigious Royal Academy of Dramatic Art (RADA) in London.

Juliet Rylance made her debut stage appearance in the UK premiere of Tennessee Williams’ play “Something Cloudy, Something Clear”, at Finborough Theatre in London in 2003.

The same year, she portrayed Julie in the short film “The Burl” alongside Tom Burke, written and directed by Toby Tobias. In 2004, she played Katherine in “Incident” at the Cochrane Theatre, which was followed by her performances as Cressida in “Troilus And Cressida”, and Perdita in “The Winter’s Tale”, both in 2005 at Shakespeare’s Globe Theatre. During the same year, she made her feature film debut with the role of Maria Nielsen in the sci-fi thriller “Animal”.

Later that year, she featured as British writer Mary Sidney in her stepfather Mark Rylance’s play “I Am Shakespeare” at the Chichester Festival Theatre. Thereafter, she co-established her own production company, called Theater of Memory, alongside director Tamara Harvey and David Sturzaker, also in 2007.

After landing the title role in “Romeo And Juliet” at West End Theatre in 2008, she traveled to New York to make her American debut in the role of Desdemona in the TFANA production of “Othello” (2009), which earned her a Lucille Lortel Award nomination.

Juliet’s next major roles came when she appeared as Miranda in “The Tempest”, and Rosalind in “As You Like It” for The Bridge Project in 2010, winning a 2010 Obie Award for her performance as Rosalind.

In 2011, Juliet Rylance landed the roles of Irina in “Three Sisters”, next to Jessica Hecht and Maggie Gyllenhaal, and Varya in “The Cherry Orchard”, both at Classic Stage Company. In the following year, she shared scenes with Joely Richardson and Ethan Hawke in the Classic Stage Company production of “Ivanov”.

She then focused on her film and TV career, starring as Tracy Oswalt in the supernatural horror film “Sinister”, alongside Ethan Hawke, in 2012, a box office success, grossing over $87 million against the budget of $3 million. In the same year, she played Janelle in the romantic comedy-drama “Frances Ha”, followed by her portrayal of Eva in the drama film “Days And Nights”, written and directed by her husband Christian Camargo, which she also produced.

In 2014, Juliet Rylance joined the main cast of the Cinemax drama series “The Knick”, in which she starred in the role of Cornelia Robertson through 2015, created by Michael Begler and Jack Amiel, and directed by Steven Soderbergh.

She then landed the main role of Polish physicist and chemist Marie Curie in the episode “Unruly Elements” of the PBS documentary mini-series “The Mystery Of Matter: Search For The Elements”, and featured as Lisa in the thriller film “Amok”, both in 2015. Her next significant role came in the following year, when she was chosen to play Alison Hawthorne-Price in the CBS mystery drama series “American Gothic”; however, it was canceled after one season, since it didn’t perform well in the ratings.

In 2017, Juliet Rylance had the supporting role of Ethan’s mom, Elizabeth Montgomery, in the comedy-drama adventure film “A Dog’s Purpose”, and featured as Rebecca in the independent drama film “Love After Love”, starring next to Andie MacDowell and Chris O’Dowd. Afterwards, she was cast as Rebecca Harper in the British eight-part crime drama series “McMafia” (2018), which aired on BBC One in the UK, and AMC in the US.

Most recently, Juliet starred in the role of Angela Smythson in Tom Dolby’s 2019 drama film “The Artist’s Wife”, and as Della Street in the 2020 HBO period drama series “Perry Mason”.

Juliet Rylance is a married woman; her husband is famous actor Christian Camargo. They met each other back in 1997 at the time he performed at Shakespeare’s Globe Theatre in collaboration with her stepfather Mark Rylance. The couple tied the knot at a ceremony in New York City Hall on 10 November 2008. Their residence is now in New York City.