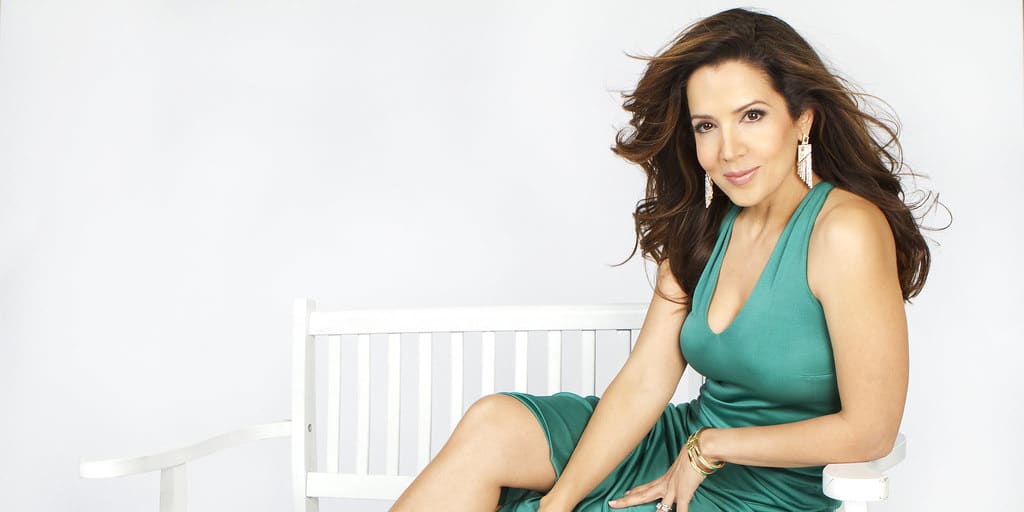 Maria Canals-Barrera is an American award-winning television, film and voice actress, who is perhaps still best known to the world as Theresa Russo in the TV series “Wizards of Waverly Place” (2007-2012), and as Daniela in the TV series “Cristela” (2014-2015), among many other roles that she has secured so far in her career.

Maria Pilar Canals was born on 28 September 1966 under the Libra zodiac sign, in Miami, Florida USA. Of Cuban and Catalan ancestry, Maria is also fluent in the Spanish language. She went to Hialeah-Miami Lakes Senior High School, during which time she attended drama classes. Upon matriculation, she enrolled at the University of Miami, where she furthered her drama studies.

Before making her on-screen appearances, Maria was working on her acting skills in theater in Miami and Los Angeles. In 1990 she made her acting debut in the role of Rosina in the TV series “21 Jump Street”, and continued with roles in such TV series as “Super Force” and “Corte Tropical”, both in 1991, while in 1992 she was Nancy in the telenovela “Marielena”. In 1993 she secured her first recurring role, as Fig in the TV comedy-drama series “Key West”, starring Fisher Stevens, Denise Crosby and Lara Piper, and the same year also starred in the television comedy film with Ja’net DuBois and Charles Durning, “Harlan & Merleen”, directed by Burt Reynolds.

She continued with guest-starring roles in such TV series as “Murder, She Wrote” (1994), then “Almost Perfect” in 1995, while in 1997 she secured another popular role, as Carmen Cruz in the TV comedy series “The Tony Danza Show”.

Maria was steadily climbing her way up in Hollywood, and before the ‘90s ended she portrayed Yolanda in the Primetime Emmy Award-nominated comedy series “Beggars and Choosers”, and in 2001 she appeared in the award-winning romantic comedy series “America’s Sweethearts”, starring Julia Roberts, John Cusack and Billy Crystal, while in 2002 she played Christy in the first five episodes of the Primetime Emmy Award-nominated drama series “American Family”.

Then, in 2007, Maria won the most popular role of her career, as Theresa Russo in the Disney TV series “Wizards of Waverly Place”, appearing in all 106 episodes of the Primetime Emmy Award-winning series, and sharing the screen with such stars as Selena Gomez, Jake T. Austin, and David Henrie, among others. She reprised the role of Theresa in the television movies “Wizards of Waverly Place: The Move” in 2009, then “Wizards on Deck with Hannah Montana” (2009), and “The Wizard Return: Alex vs. Alex” in 2013.

From 2014 to 2015, she portrayed Daniela in the comedy series “Cristela”, and in 2016 appeared in the drama film “God’s Not Dead 2”, with Melissa Joan Hart, Jesse Metcalfe and David A.R. White in the lead roles.

In recent years, Maria has guest-starred in several TV series, including “Young & Hungry” then “Fuller House” both in 2018, while in 2019 she was Bonnie in the drama film “Sweet Inspirations”.

Maria is currently working on the drama film “#FBF”, which is currently in pre-production and will also star Ashley Judd, and Cree Cicchino.

In addition to her many appearances on screen, Maria has also worked behind the screen as a voice actress. She was the voice of Mercedes ‘Meche’ Colomar in the video game “Grim Fandango” in 1998, while in 2000 she lent her voice to Senorita Vivas in the animated series “Pepper Ann”.

TERRIFICON welcomes Maria Canals-Barrera to Mohegan Sun on July 30-August! known for her role as Theresa Russo in the Disney Channel family sitcom Wizards of Waverly Place. She also in Camp Rock.
She is known as the voice of Shayera Hol/Hawkgirl in Justice League @Maria_CB pic.twitter.com/4Gsj9JucaB

To speak further of her accomplishments as a voice actress, she was the voice of Rio Morales in the animated TV series “Ultimate Spider-Man” (2016), and voiced Bianca Reyes and Titan’s Computer in the animated film “Teen Titans: The Judas Contract” in 2017. She is now set to provide the voice of Sunset Boulevardez in the animated series “The Proud Family: Louder and Prouder”, which is in post-production and is set for release in late 2022.

When it comes to her personal life, Maria has been married to actor David Barrera since 1999, and they have two daughters, Bridget Barrera, an actress as well, known as Stella in the TV series “Flunk’d!” (2020-2021), and Madeleine Barrera.

As of mid- 2021, Maria Canals-Barrera’s net worth has been estimated to be around $2 million, earned through her successful career as an actress, securing over 70 film and TV credits to date, all of which have added to her wealth.

Born David Joel Barrera on 28 December 1968 in San Juan, Texas USA he went to Pharr-San Juan-Alamo High School, during which time he was involved with theater club. After high school, he enrolled at Southern Methodist University and later went on to study acting at the University of California, San Diego.

He made his acting debut in 1995 as FBI Agent Brodie in the film “No Way Back”, and since then has made more than 100 film and TV appearances. Some of his most popular include the role of Dr. Victor Carreras in the TV crime-drama series “NYPD Blue” (1998-2001), then as Gunner Sgt. Ray ‘Casey Kasem’ Griego in the TV mini-series “Generation Kill” (2008), and most recently as Hector in the TV series “Selena: The Series”. He is currently working on several projects, including the TV mini-series “Monster: Jeffrey Dahmer Story” as Chief Arreola, which is set for release in 2022.

David Barrera’s net worth has been estimated to be around $13 million as of mid- 2021.