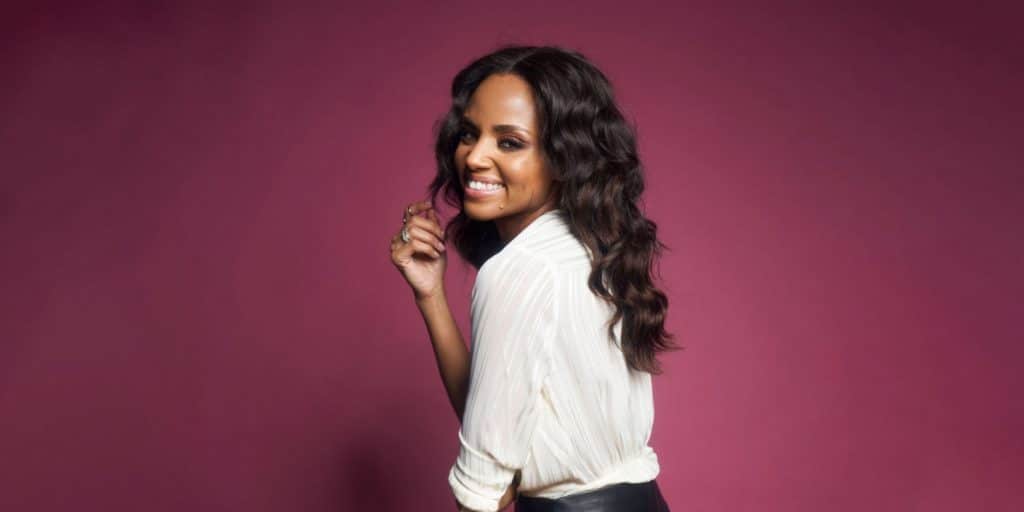 What is Meagan Tandy’s ethnicity?

Meagan Yvonne Tandy was born in Fremont, California USA, on 3 May 1985 – her zodiac sign is Taurus, she holds American nationality, and her ethnicity is black. She is an actress and a model, who might be known best for her portrayal of Sophie Moore, one of the lead characters in the action adventure crime series “Batwoman”, created by Caroline Dries and which has been running since 2019. It also stars Camrus Johnson and Rachel Skarsten, and follows Kate Kane who protects Gotham City as Batwoman. The series has received poor reviews, but has nevertheless won one award and been nominated for seven others.

Meagan was raised in Fontana, San Bernardino County, California, as her family moved there not long after she was born. She has a younger sister, Kylee Lin, while nothing is known about their parents, as they prefer to stay away from the media’s attention.

Meagan studied at Etiwanda High School, and there became interested in acting although dreaming about becoming a famous model. Her parents urged her to focus on her education, and so upon matriculating in 2003, Meagan enrolled at Chaffey College from which she obtained her associate’s degree in business and film production. She went on to enroll at Cal Poly Pomona, and from there obtained her Bachelor’s degree in marketing and business management.

Meagan was noticed by a modelling scout while still attending high school, and in 2005 she entered the Miss California USA beauty pageant, finishing fourth. On 15 October 2006, she became the Miss California USA, while the following year saw her enter the same pageant and win the Best Swimsuit Award. in 2007 she entered the Miss USA beauty pageant, placing third.

After having auditioned for various roles in movies and TV series, Meagan made her debut film appearance in the 2008 comedy “The Bobby Lee Project”, but which failed to attract a lot of attention, then in 2010 she portrayed Maya in the action thriller “Unstoppable”, which starred Denzel Washington, Chris Pine and Rosario Dawson, and follows an engineer and a conductor as they try to stop a train heading towards a city before it causes a catastrophe. The film won one award and was nominated for 14 others, including an Oscar.

In 2012, Meagan appeared in the comedy horror “Piranha 3D”, which received poor reviews, but in the same year she appeared in her so far only music video – “Simply Amazing” by Trey Songz. In 2013, she played the supporting character Renee in the short crime comedy “Beverly Hills Cop”, and her next film appearance was in the 2019 comedy “The Trap” written by Brandon Broussard and Nile Evans, directed by Erik White, and which stared T. I., Mike Epps and Loretta Devine. It follows a man who comes home to Atlanta after his brother starts struggling with his restaurant.

Megan’s most recent appearance in a movie has been in the 2019 romantic comedy “Always a Bridesmaid”, which won Yvette Nicole Brown a nomination for an Image Award for Outstanding Writing in a Motion Picture (Television).

Meagan made her debut TV series appearance in the 2009 episode “Yahrzeit” of the action crime drama “CSI: NY”. The following years saw her appear in single episodes of various series, such as the romantic comedy “90210”, the comedy “Secret Girlfriend”, and another comedy “10 Things I Hate About You”.

Meagan gained recognition in 2012 after portraying Lulu Pope in 13 episodes of the critically acclaimed comedy drama “Jane by Design”, created by April Blair, and which starred Nick Roux, Rowly Dennis and Erica Dasher. It follows a teenager who starts working in the fashion industry, after being mistaken for someone a bit older than herself.

The following year saw Meagan cast to portray Braeden in 18 episodes of the popular action fantasy drama “Teen Wolf”, which follows a high school student who becomes a werewolf after being bitten by one; it won 23 awards and was nominated for 39 others during its airing from 2011 to 2017.

In 2016, Meagan played Chantal in 10 episodes of the drama “UnREAL”, and she then portrayed Allison Pierce in the drama “Survivor’s Remorse”, created by Mike O’Malley and which starred RonReaco Lee, Jessie T. Usher and Erica Ash. It follows two friends who have managed to become rich, and now most of their friends and family members want a piece of the pie.

Meagan is quite secretive when it comes to her love life, and hasn’t shared the details of any men she might have been with, however, it’s known that she was in a relationship with Matthew Atkinson. Matthew is an American actor and musician, who might be known best for his portrayal of Nick Fadden in “Jane by Design” while he’s appeared in many other series such as “CSI: Crime Scene Investigation”, “The Young and the Restless” and “Drop Dead Diva”.

It is believed that he and Meagan met on the set of “Jane by Design”, and started dating only days after that. According to the rumors circulating the internet, the relationship lasted for only a couple of months before the two called it quits for unknown reasons.

As of January 2021, Meagan is single, hasn’t married and doesn’t have children.

Meagan loves to dance, and took dancing lessons while still a teenager.

She’s a huge fan of pop music – some of the artists she likes to listen to the most are Lady Gaga, Taylor Swift and Michael Jackson.

Meagan is a cat-lover and has a couple of pet cats, and hires a person to take care of them when she’s not around.

She likes to travel, and her modelling and acting career has taken her all around the US, while Meagan has also been to various European countries such as France, Italy and Spain.

She is following a strict diet, and works out on a daily basis as it is important for her career to stay fit and trim.

In her spare time, Meagan enjoys watching movies starring her favorite actors and actresses Johnny Depp, Channing Tatum and Natalie Portman, such as the franchise “Pirates of the Caribbean”, “Dear John” and “Leon: The Professional”.