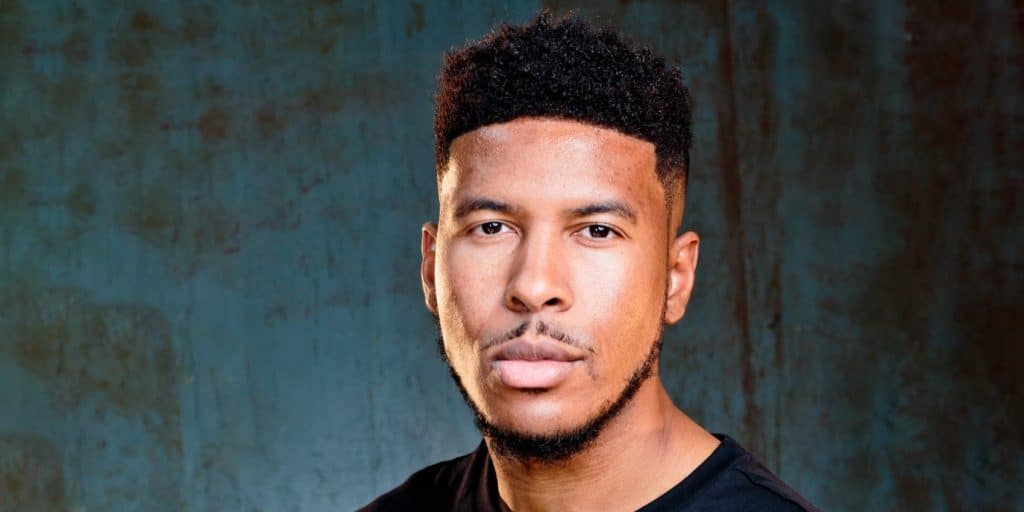 Who is Low Tier God?

Dalauan Sparrow – aka Low Tier God – was born in Lancaster, California USA on 10 November 1990 – his zodiac sign is Scorpio, and he holds American nationality. He’s a YouTuber, social media star and a gamer, who’s perhaps known best for his eponymous YouTube channel, which he launched on 21 January 2006. It’s today subscribed to by over 76,000 people, and numbers more than 4.4 million views of all his videos combined; these videos mostly feature him playing games, covering life topics, and reviewing video games and movies.

Low Tier God was raised in Lancaster by his parents, about whom nothing’s known, as he respects their privacy.

He hasn’t spoken of having any siblings, and this is why he’s believed to be an only child.

Low Tier God grew up being interested in video games, with his favorites being fighting games. He excelled in “Street Fighter”, and would later enter various tournaments. Low Tier God attended a local high school, and became interested in sports and working out during his four years there. Upon matriculating in 2009, he enrolled at the University of Antelope Valley, and graduated with an associate’s degree in 2012; then in 2015, he graduated with a Bachelor of Arts degree in business management.

Low Tier God is known for a couple of things, including his skills at “Street Fighter”, his review of videos, but also for being a rage quitter. We’re going to mention three of his most popular YouTube videos, which have helped him gain many subscribers.

His third most popular video “GHOST CHIPS AHOY PROTEIN POWDER (IN DEPTH) REVIEW” has been watched more than 84,000 times since 28 November 2019, in which Low Tier God’s promoting the title product.

In 2014, Low Tier God played several “Street Fighter” matches against the player Viscant, and the two then engaged in a feud. They trash-talked one another on the internet, eventually playing against each other in a ‘final match’ organized by Wednesday Night Fights, which Low Tier God lost.

He then claimed that he could never lose a game of “Street Fighter” to a person who plays the video game “Super Smash Bros”, however, Low Tier God was challenged by Jason ‘ANTi’ Bates who beat him, including a perfect round  – Low Tier God lost, and didn’t even manage to land a single hit.

In April 2018, he was featured in the reality TV show “The Challenger: Street Fighter V”, which featured seven contestants living under the same roof, and competing in “Street Fighter” for a money prize. Low Tier God appeared to be the villain in the show, as he didn’t get along with any of the other contestants, however, it was later revealed by the contestant Rob Burney that he was friends with Low Tier God.

In April 2020, Low Tier God talked about the gamer Christina ‘CeroBlast’ Tran while livestreaming on YouTube, and making transphobic and homophobic comments.

He also talked about the racist comments which were made by Christina, so the video game developer and publisher Capcom then banned both from their video game tournaments.

In the gaming community, Low Tier God’s known as a rage-quitter, meaning he leaves games when he gets mad, and it’s also known that he blacklists people who beat him, so that he doesn’t get to play against them again, thus not losing again!

Low Tier God’s followed by more than 10,000 people on Instagram, and has uploaded over 40 pictures, most of which have been taken during his everyday life.

He launched his Twitter account in December 2019, and it’s today followed by more than 16,000 people, while he’s tweeted over 4,500 times. He also has a Facebook page, which is followed by over 1,000 people.

Low Tier God’s active on TikTok too, and has close to 300 followers, and more than 3,000 likes of both his videos combined.

Low Tier God prefers not to share the details of his private life with his fans, but it’s widely known that he was once in a relationship with Alaina Haddad, an Instagram personality with close to 4,000 followers; she’s also a YouTuber, and her channel’s subscribed to by over 300 people.

The two met sometime in late 2018, apparently over the internet.

They collaborated on a couple of videos, and then began dating. Low Tier God wasn’t very nice to Alaina, and could’ve been heard telling her to shut up in a couple of his YouTube videos. The two split in 2019, and both have made YouTube videos in which they speak about the relationship. It’s rumored that Alaina found a new boyfriend after only a month, but this hasn’t been confirmed.

As of August 2021, Low Tier God appears to be single, hasn’t married, and doesn’t have children.

Low Tier God’s main hobby is working out, and he has five to six training sessions at the gym every week, occasionally every day. He loves to show off his muscular body at the beach, thus making summer his favorite season.

He likes to listen to rap music the most, and some of his favorite rappers are the late Nipsey Hussle, Snoop Dogg and Eminem.

Low Tier God enjoys traveling, and has been to a couple of US states, mostly to participate in various “Street Fighter” tournaments.

He enjoys watching movies late at night, and some of his favorite actors and actresses are Vin Diesel, Arnold Schwarzenegger and Angelina Jolie. A couple of his favorite movies are the franchise “Fast and Furious”, “Pitch Black” and “Lara Croft: Tomb Raider – The Cradle of Life”.