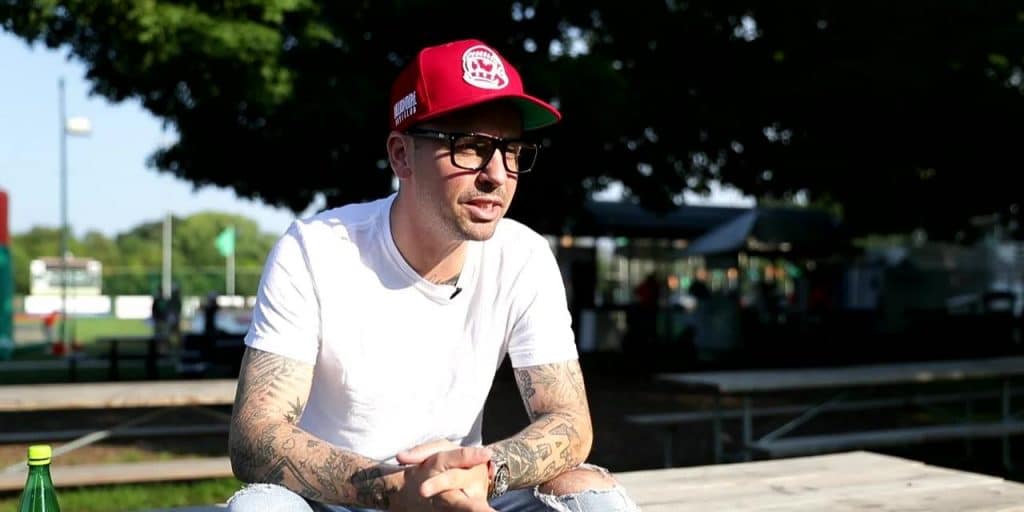 All Truth About Chauncey Leopardi: Wife, Net Worth, Children

Who is Chauncey Leopardi?

Chauncey Leopardi was born in California, USA, on 14 June 1981 – his zodiac sign is Gemini and he holds American nationality. He is an actor, who’s perhaps still known best for his portrayal of Michael ‘Squints’ Palledorous in the 1993 family comedy movie “The Sandlot”, written and directed by David Mickey Evans, and which starred Tom Guiry, Mike Vitar and Art LaFleur. It follows a baseball team as they start training a new kid in town, and it won a Young Artist Award for Outstanding Youth Ensemble in a Motion Picture. It’s also the only award that Chauncey has won (shared with colleagues).

Chauncey is very secretive when it comes to his family, and hasn’t shared any details concerning his parents or any siblings. He was raised in California, and it’s known that his family was very supportive of his acting career from the very start as they took him to many auditions.

Chauncey attended a local elementary school, from where he launched his career aged nine with his portrayal of Eric Perkins in two episodes of the drama “L.A. Law”, and the same year of 1990 saw him make his debut film appearance in the family drama “A Girl of the Limberlost”. He went on to appear in a couple of TV series, including “Evening Shade”, “The Commish” and “Boy Meets World”, and then enrolled at a local high school, but continued acting.

His most notable role during his high school years was in the 1995 fantasy comedy movie “Casper”, directed by Brad Silberling and which starred Bill Pullman, Christina Ricci and Cathy Moriarty. It’s a story of a father and daughter who are hired to rid a mansion of evil ghosts, and who instead befriend a nice ghost called Casper. The movie won four out of the nine awards it was nominated for.

Chauncey matriculated in 1999, and then chose not to enroll at a college, but to focus on his acting career.

Chauncey appeared in several critically acclaimed movies while still attending high school, such as the 1997 romantic comedies “The Opposite of Sex” and “Trojan War”, and the 1998 biographical romantic drama “Permanent Midnight”.

He’s appeared in only a couple of movies since he matriculated. In 2001 he portrayed Mario, one of the lead characters in the family comedy “Boys Klub”, written and directed by Lee Librado, and which also starred Jack Scalia and Beau Bridges. It follows Mario who was supposed to spend his summer camping with his father but after his dad is hired at a new job, Mario has to come up with a new plan. The movie attracted little attention and received mixed reviews.

Chauncey’s following role was in the 2007 family sports drama “The Sandlot: Heading Home”, then in 2013 he played the supporting character Eddie in the thriller drama “Coldwater”, written and directed by Vincent Grashaw, and which starred P. J. Boudousque, James C. Burns and Chris Petrovski.

It follows a teenager staying at a juvenile center in the wilderness who has to fight for survival against his counselors and fellow inmates. The movie won four out of the 20 awards it was nominated for.

His most recent appearance has been in the 2019 musical video “Logic Feat. Eminem: Homicide”.

Right after he matriculated, Chauncey made a guest appearance in an episode of the crime action adventure “Walker, Texas Ranger”, and the crime comedy “Snoops”, and was then invited to play the supporting character Alan White in the comedy “Freaks and Geeks” created by Paul Feig, and which starred Linda Cardellini, John Francis Daley and James Franco. The series follows a high school math genius who starts spending time with a couple of ‘burnouts’ – it was a hit, winning four awards including a Primetime Emmy, while it was nominated for 15 other awards.

He has appeared in only two other series – in 2005, Chauncey appeared in the episode “4×4” of the mystery crime drama “CSI: Crime Scene Investigation”, and he then portrayed the supporting character Kyle in the hit comedy drama “Gilmore Girls” which starred Lauren Graham, Alexis Bledel and Keiko Agena, and follows a single mother and her daughter living together in Stars Hollow in Connecticut. It aired from 2000 to 2007 and won 23 awards out of the 108 it was nominated for.

Chauncey made a guest appearance in the 2018 talk-show “Today”.

Chauncey married his first wife Stefani Sells in 2000, and she gave birth to their daughter Paige not long after. Nothing is known about Stefani as she prefers to be left out of the media, and it appears that she isn’t active on any social media networks. She and Chauncey divorced for unknown reasons after several years of marriage.

Chauncey hasn’t disclosed the exact date of his wedding with his second wife, Ellona Vi, but it’s believed that they exchanged vows in the early 2010s. Ellona is a realtor and a nutritionist, who is quite active on Instagram and is followed by around 3,000 people. She and Chauncey are parents to their children Shia and Chance.

Chauncey hasn’t mentioned any other women he has perhaps been with, so as of February 2021, he is married to his second wife Ellona Vi, and has three children.

Chauncey likes to exercise at a local gym, and has two to three training sessions each week. He also occasionally plays sports such as football and soccer with his friends, while he’s also keen on watching sports on TV, with baseball being his favorite.

He enjoys travelling and has been to many US states, while he’s also travelled overseas and visited the European countries Italy and France.

Chauncey is a fan of tattoos, and has several while nearly his entire left arm is covered in tattoos.

He has his own favorite actors and actresses, some of whom are George Clooney, Amanda Seyfried and Emma Watson, and a couple of his favorite movies are “Ocean’s Eleven”, “O Brother, Where Art Thou?” and “Letters to Juliet”.