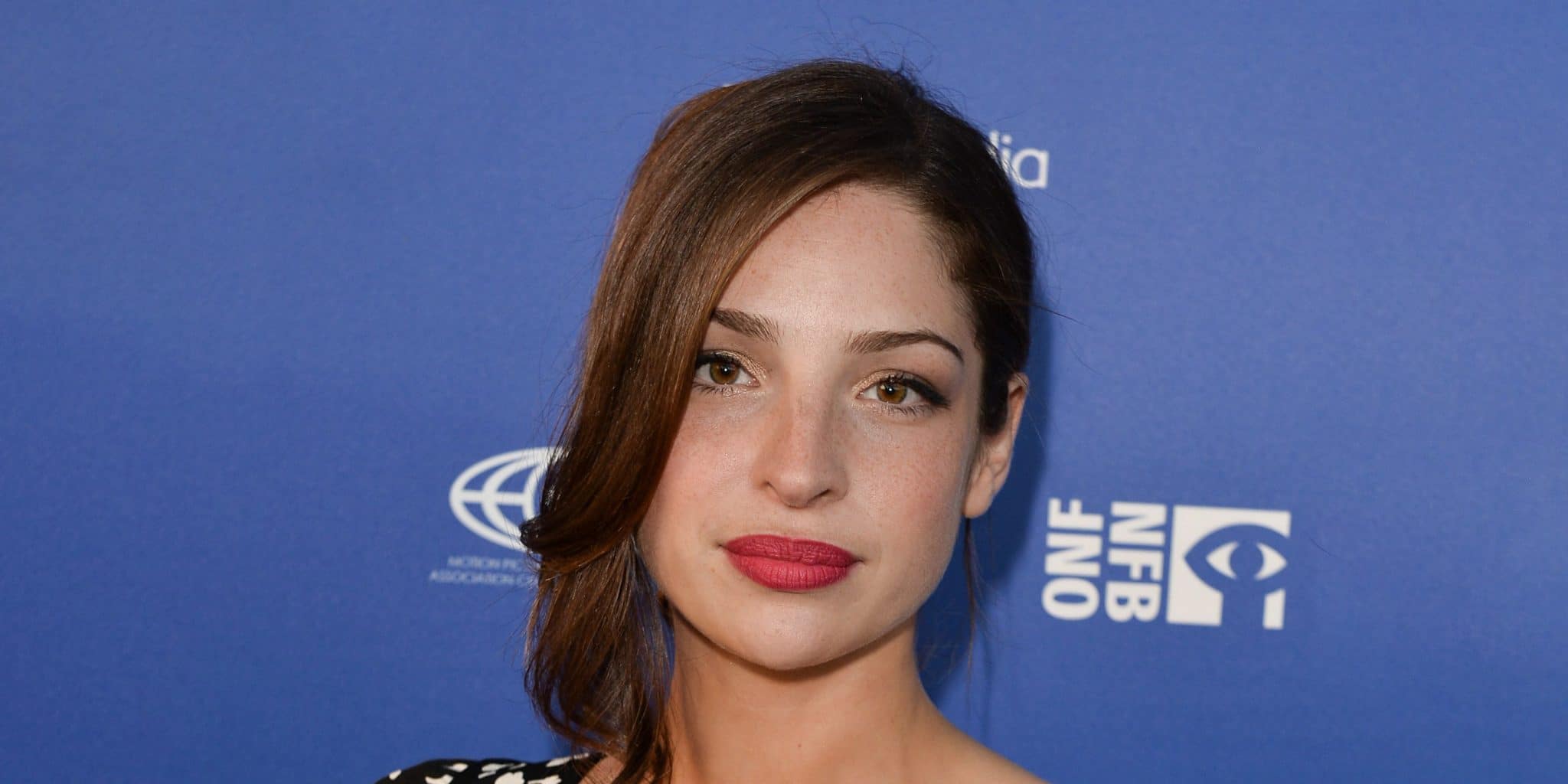 Who is Anna Hopkins?

Anna Hopkins was born in Montreal, Quebec, Canada, on 12 February 1987 – her zodiac sign is Aquarius, and she holds Canadian nationality. She’s an actress with more than 40 credits to her name, perhaps known best for her portrayal of Monica Stuart in the science fiction mystery series “The Expanse”, based on the novels by Daniel Abraham and Ty Franck, and which stars Wes Chatham, Dominique Tipper and Steven Strait. The series has been airing since 2015 (Anna joined the cast in 2018), and follows a group of people living in the 24th century, who have discovered a plot to ruin the solar system; it has won three of the 30 awards for which it has been nominated.

Anna was raised in Montreal alongside her brother Jacob William Eduard Hopkins, by their father Tom Hopkins who’s a visual artist, and their mother Rita who’s a graphic designer.

Anna grew up being interested in dancing, and excelled at hip hop. She began taking lessons when she was around seven years old, and by the time she enrolled at a local high school, Anna had entered various competition, winning multiple times. She became interested in acting during her four years of high school, and in the same year when she matriculated in 2005, she made both her debut film and TV series appearances, in the short movie “Stranger”, and all four episodes of the mystery crime mini-series “Human Trafficking”.

Anna then focused on acting and didn’t enroll at college, however, she eventually changed her mind, and began attending Conrcordia University in 2009, graduating with a Bachelor of Arts degree in communication studies in 2012; she also holds a Bachelor of Arts and Science degree from Paris Institute of Political Studies, located in Paris, France.

In 2006, Anna was cast to play Lesley Wilson in the mystery thriller drama “Circle of Friends”, and she gained recognition in 2010 when she portrayed Kate Panofsky in the popular comedy drama “Barney’s Version”, directed by Richard J. Lewis, and which starred Paul Giamatti, Rosamund Pike and Jake Hoffman. It follows the life of Barney Panofsky, and the movie won 18 of the 38 awards for which it was nominated, including an Oscar nomination for Best Make-up.

A couple of Anna’s following roles were in the 2013 comedy drama “It Was You Charlie”, the 2014 comedy “Les Maîtres du Suspense”, and the 2015 short comedy “Girl Couch”. She was then invited to star in a couple of shorts, including “Never Happened” and “The Boy”. In 2018, we saw her play Maya, in the romantic comedy “Red Rover”, written and directed by Shane Belcourt, and which starred Kristian Bruun and Cara Gee. It follows a geologist who’s trying to become one of the people who will fly to Mars, and the movie won two of the four awards for which it was nominated.

Two of Anna’s most recent movie roles have been in 2020, in the mystery crime drama “Is There a Killer in My Family?” and the science fiction drama “Tin Can”, while she’s currently shooting for the upcoming horror “V/H/S/94” and the short drama “Underpaint”.

The 2010s saw Anna make a guest appearance in a couple of series, including the mystery fantasy drama “The Dead Zone”, and the action adventure mini-series “Killer Wave”.

In 2013, she portrayed Kate Barrett, in the episode “Survival Instincts” of the action crime drama “Nikita”, and in 2015, she guest starred as Brinkley White in the episode “Clear Eyes, Fae Hearts” of the action fantasy drama “Lost Girl”. Anna gained recognition in the same year, when she portrayed Jessica ‘Berlin’ Rainer in the critically acclaimed science fiction action drama “Defiance”, created by Kevin Murphy and Michael Taylor, and which starred Grant Bowler and Stephanie Leonidas.

It follows the people and aliens who are living in the futuristic Earth’s city Defiance; the series was nominated for five awards, including a Primetime Emmy.

A couple of Anna’s following notable performances were in the action adventure drama “The Flash”, the action crime drama “Ransom”, and the mystery adventure drama “Dark Matter”. In 2018 and 2019, she played Lilith, in the popular action fantasy drama “Shadowhunters”, created by Ed Decter, and which starred Katherine McNamara and Dominic Sherwood. It follows Clary who has just joined the order of the Shadowhunters, hoping they will help her find her missing mother; the series won 13 of the 35 awards for which it was nominated.

Three of Anna’s most recent roles in TV series have been in the 2020 episode “Far From Home” of the drama “Transplant”, two episodes of the comedy drama “For the Record” in 2020, and 14 episodes of the mystery science fiction drama “The Expanse” since 2018.

She received special thanks for the 2015 comedy movie “Diamond Tongue”.

Anna has three writing, three producing and two directing credits. In 2015, she wrote the short comedy film “Girl Couch”, and the same year saw her produce the short romantic comedy movie “Never Happened”. In 2018, she wrote, produced and directed the short science fiction comedy movie “The Give and Take”, and she’s currently writing and will produce and direct the upcoming short film “Underpaint”.

Anna has competed in the game show “Match Game”, and has made a guest appearance in an episode of the talk-shows “Popternative” and “The Very Creative Podcast”.

She was also nominated for a 2011 Alliance of Canadian Cinema, Television and Radio Artists Montreal Award, and a 2018 Teen Choice Award.

Anna prefers to keep the details of her love life to herself, but has still allowed her fans to have a glimpse at it. In 2015, she was introduced to the American writer and editor Daniel Barna by a mutual friend, and the two have since been together.

Daniel’s mostly focused on writing articles about sports, politics, entertainment, food and travelling. Both have uploaded numerous pictures onto their Instagram accounts, which feature them together, and they have been spotted spending time together on numerous occasions – it appears that Anna and Daniel love going to the movies, and also enjoy travelling.

Neither has spoken of any other people whom they have perhaps been with, and as of August 2021, Anna’s dating Daniel Barna, hasn’t married and doesn’t have children.

Anna’s main hobby is travelling, and her acting career has taken her to various Canadian cities, while she’s also been to a couple of US states and European countries; her dream travel destination is Los Angeles in California.

She’s a dog lover, and her pet Corgi dog can be seen featured in some of her Instagram pictures. Anna’s quite active on the network, and seems to be enjoying the attention she’s getting from her nearly 200,000 followers; she’s uploaded close to 1,800 pictures.

Summer is her favorite season, as she enjoys drinking cocktails at the beach, and swimming in the ocean.

She has her own favorite actors and actresses, some of whom are Jim Carrey, the late Marilyn Monroe, and Natalie Portman – some of her favorite movies are “Bruce Almighty”, “Some Like It Hot” and “The Seven Year Itch”.