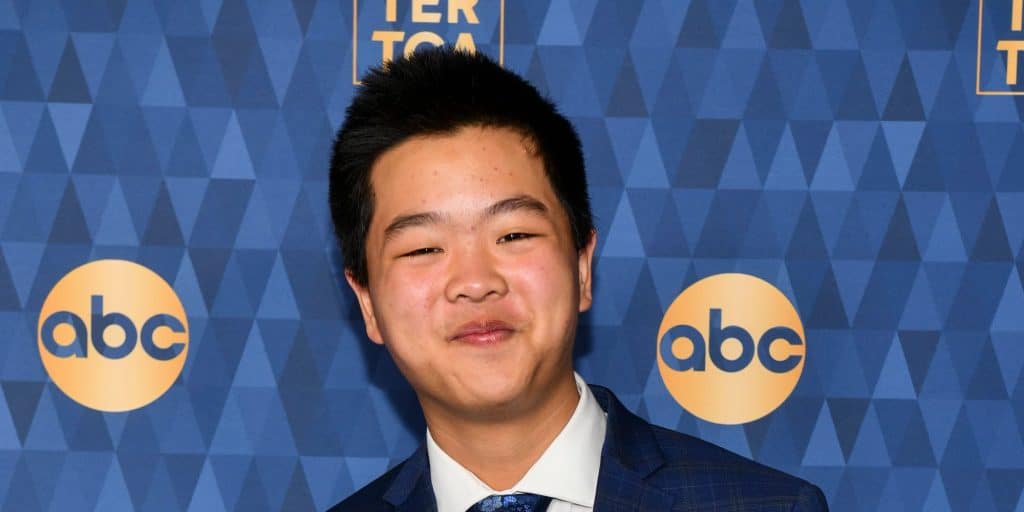 How tall is Hudson Yang? Height, Parents, Ethnicity, Net Worth

What is Hudson Yang’s ethnicity?

Hudson David Yang was born in New York City, USA, on 24 October 2003 – his zodiac sign is Scorpio, he holds both Taiwanese and American nationality, and his ethnicity is Asian. He is an actor, perhaps known best for his portrayal of the lead character Eddie Huang in the comedy series “Fresh Off the Boat”, created by Nahnatchka Khan and which also starred Randall Park and Constance Wu. It aired from 2015 to 2020, follows a Taiwanese family settling in the US in the ‘90s, and it won six awards while it was nominated for 33 others.

Hudson was raised alongside his sibling Skyler Yang in New York City, by their mother Heather who is working as a physician assistant, and their father Jeff Yang who is a popular businessman, journalist and a writer.

Hudson became interested in acting while attending the New Explorations into Science, Technology and Math (NEST+M) public school. Aged 12, he moved to The New York Performing Arts Academy, and there enrolled at the FutureStar program. Hudson has just recently matriculated from a local high school and it appears that he has been accepted into college as he’s uploaded a picture onto his Instagram account captioned: ‘celebrating getting into college with… IKEA sparkling juice’.

Hudson made his debut film appearance in 2014, when he portrayed Henry Huang in the mystery thriller drama “The Sisterhood of Night” written by Marilyn Fu, directed by Caryn Waechter, and which starred Georgie Henley, Kara Hayward and Willa Cuthrell.

It follows a small town sheriff investigating the case of a teenage girl who claims to be a victim of the mysterious network known as The Sisterhood of Night. The movie won two of the six awards it was nominated for.

The year 2017 saw him star in the short music video “Disney Channel Stars: DuckTales Theme Song”, and in the same year Hudson played the lead character Cho in the short drama “Hum”, written and directed by Lauren Morelli, and which also starred Samira Wiley and Owen Rogers. It follows a friendship born between a girl who wants to be left alone, and an orphan boy who is looking for company and wants to cheer the girl up.

Hudson is currently shooting for the upcoming action thriller “The Ray”, written and directed by Christopher Borrelli, and in which he’ll star alongside Brad William Henk and Richard Kind.

It follows Ray who is running away from assassins, and is now being sheltered by a man who is perhaps even more dangerous than the killers who are after him.

Hudson made his debut TV series appearance in 2016, when he portrayed Frankie Chang in the episode “Coach-A-Rooney” of the family comedy “Liv and Maddie”, which starred Joey Bragg, Dove Cameron and Tenzing Norgay Trainor, and follows Maddie who was the star of her school until Liv returned after she was done shooting for her TV show. The series won one out of the 10 awards it was nominated for.

His most recent role in a TV series other than in “Fresh Off the Boat” has been in 2019, when he voiced the supporting character Baliyo in the animated action adventure “The Lion Guard” which starred Max Charles, Joshua Rush and Diamond White, and follows Simba’s son Kion as he and his Lion Guard friends roam the Pride Lands protecting it against intruders. The series has been nominated for 11 awards.

Hudson has been credited with singing four songs in four episodes of the series “Fresh Off the Boat”.

He’s appeared in various TV specials, such as the “37th Annual Young Artist Awards” in 2016, the “Teen Choice Awards 2017” and again in 2018. Hudson has also made guest appearances in various talk-shows, such as “Noches con Platanito”, “Celebrity Page” and “Red Carpet Report”.

Hudson has won two awards and has been nominated for five others, all for his performance in the series “Fresh Off the Boat”. Forrester Wheeler, Ian Chen and Hudson won a 2016 Young Artist Award for Outstanding Young Ensemble Cast in a Television Series, while the boys also won a 2016 Young Entertainer Award for Best Young Ensemble Cast – Television Series.

Hudson has been nominated for three Teen Choice Awards: a 2016 Choice TV: Scene Stealer Award and in 2017 and ‘18 for Choice TV Actor: Comedy Award.

He has also been nominated for a 2016 and 2017 National Association for the Advancement of Colored People (NAACP) Image Award for Outstanding Performance by a Youth (Series, Special, Television Movie or Limited Series).

Hudson is very secretive when it comes to his love life, and hasn’t spoken about any girls he has perhaps been with, while there are many people on the internet who believe him to be too young to be dating.

There are also rumors circulating the social media networks that the actor is in a relationship with the girl Isabella Crouch – she appeared in the episode “The Manchurian Dinner Date” of the series “Fresh Off the Boat” in which she portrayed Hudson’s character Eddie’s girlfriend and also tried to get along with his mother in the series. Some of Hudson’s fans have concluded that the two are perhaps romantically linked in real life as well, however, Hudson hasn’t commented on this.

As he hasn’t spoken about any girl he is perhaps dating today, he is single as of February 2021, hasn’t married and doesn’t have any children.

Hudson is physically very active, and spends most of his spare time working out at the gym while he also plays various sports with his friends, excelling in basketball.

He is also interested in many other activities, including swimming and rock climbing.

He likes to prepare his own meals, and spends a lot of time in the kitchen.

Hudson has a pet Akita dog which can be seen featured in many of his Instagram pictures and videos. He has just recently uploaded a video in which one can see his pet trying to hide its chew toy in his bed.

Hudson has his own favorite actors and actresses, some of whom are Jackie Chan, Bruce Lee and Angelina Jolie, and a couple of his favorite movies are “Rush Hour”, “Drunken Master” and “The Karate Kid”.