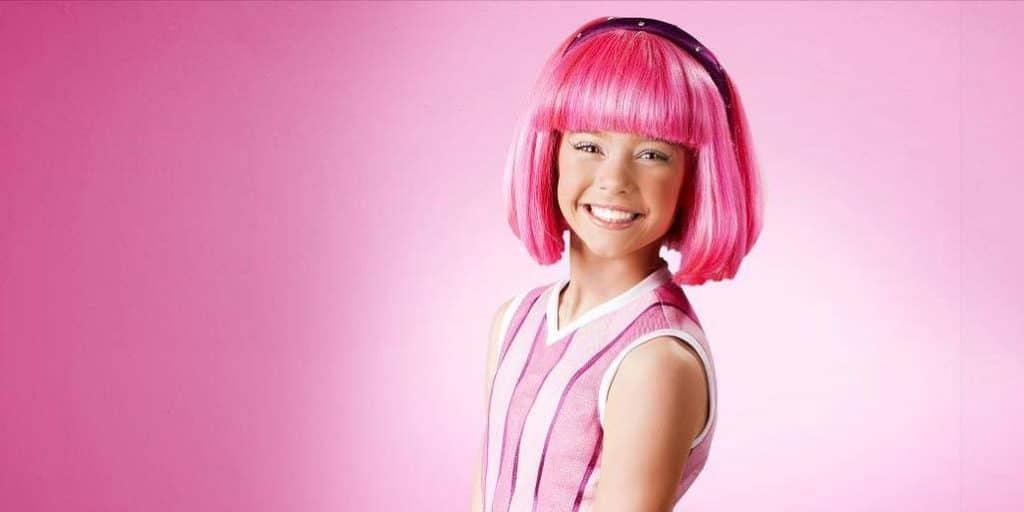 Where is Julianna Rose Mauriello today? Where’s she now?

Who is Julianna Rose Mauriello?

Julianna Rose Mauriello was born on 26 May 1991 under the zodiac sign of Gemini, in Irvington, New York State USA. She is a 29-year-old occupational therapist and former child actress, probably still best recognized for landing the role of Stephanie in the Icelandic children’s television series “LazyTown” from 2004 to 2007.

How rich is she, as of now? Julianna Rose Mauriello Net Worth

As of early 2021, Julianna Rose Mauriello’s net worth is over $2 million, acquired largely through her successful involvement in the film industry as a child actress, and as an occupational therapist.

Julianna holds American nationality and belongs to White Caucasian ethnic group, being of Italian, German, and Irish descent.  Julianna spent her early years in her hometown of Irvington, where she was raised by her parents; however, there is no information in the media about their names and professions. She has three siblings – her elder sister Alexandra ‘Alex’ Mauriello is an actress and producer.

Julianna Rose Mauriello started acting at a very young age, making her first appearance in Party Scene of the two-act ballet “The Nutcracker” at SUNY Purchase. In 1997, she landed the role of Erika in the short animated film “Sesame Street: Fiesta!”, but it went uncredited. It was followed by her portrayal of Trixie Bottom in the 1999 made-for-TV horror thriller film “Bonne Nuit”, after which Julianna became more fascinated with performing on stage, as her brother and sisters performed in Pleasantville High School’s musical theater productions. In no time, she joined them on stage in the production of Rodgers and Hammerstein’s musical “Carousel”.

In the early 2000s, Julianna signed with her first agent Nancy Carson, and then made her professional stage debut at the tender age of 11, in the role of Li’l Titch in the 2002 revival of the musical “Oklahoma!”, also written by Rodgers and Hammerstein. She then moved with her family to Manhattan, New York City, where she enrolled in the Professional Performing Arts School. Shortly afterwards, she was selected to perform in the musical “Gypsy: A Musical Fable”, next to Bernadette Peters.

Concurrently, she also featured in a number of commercials for such companies as AstraZeneca, Disney Entertainment, Volvo, and Wendy’s, to name a few.

At the time, she was also selected to be featured in the main role of Stephanie in the English-language and Icelandic-produced children’s television series “LazyTown”. The series was created by Magnus Scheving and aired on Nickelodeon in the US, starring in the series for two seasons from 2004 to 2007. While filming the series, Julianna even lived in Reykjavik and learnt Icelandic, and served as a presenter at Iceland’s Edda Awards.

For her performance, in 2006 Julianna earned a Daytime Emmy Award nomination for Outstanding Performer in a Children’s Series.

After leaving the series, in 2008 she reprised the role of Stephanie in its spin-off, entitled “LazyTown Extra”. In the same year, Julianna also featured as Pyper in the short drama film “A Fix”, after which she became largely inactive in the search for other projects. Her lastest project came in 2013, when she made a guest-starring appearance in the episode “Run Down Rotors” of the Disney’s animated mini-series “The Doc Files”.

What happened to her? Where is she today?

After she left “LazyTown”, Julianna focused on her education, and subsequently pursued her professional career in another field. She enrolled into Middlebury College, from which she graduated with a Bachelor of Arts degree in Psychology in 2013. Afterwards, she furthered her education at Columbia University’s Vagelos College of Physicians and Surgeons, from where she obtained her Master’s degree in Occupational Therapy in 2018. She now works as an occupational therapist at The Quad Preparatory School in New York.

Since she dropped out of the spotlight, little is known about Julianna Rose Mauriello’s personal life, including her marital status.

Regarding her appearance, she has long dark brown hair and hazel eyes. She stands at a height of 5ft 4ins (1.64m), while her weight is approximately 120lbs (55kgs), and vital statistics 32-26-32. Information about her bra, dress and shoe size isn’t available.