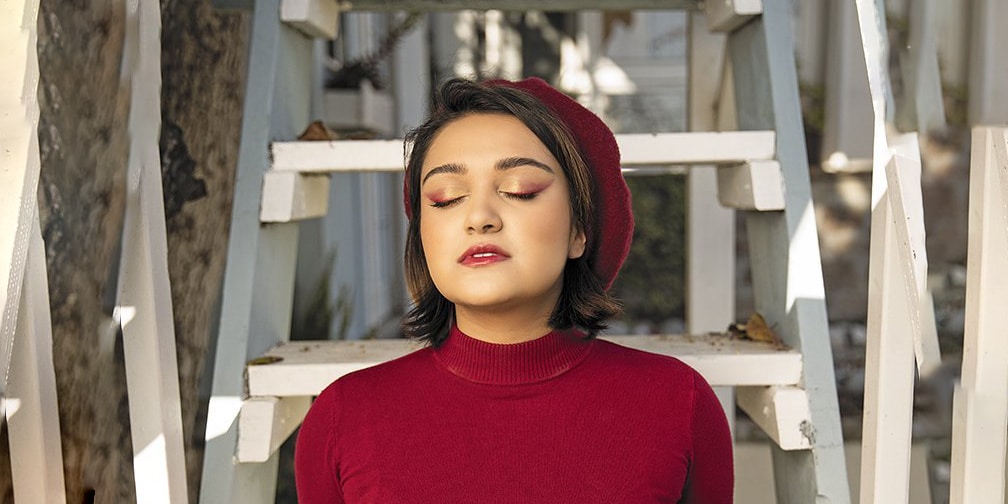 Who is Ariela Barer?

Ariela Barer was born in Los Angeles, California USA, on 14 October 1998 – her zodiac sign is Libra, she is of Mexican and Jewish ethnicity, and holds American nationality. She’s an actress, perhaps known best for her roles in TV series such as “Runaways” and “Atypical”.

Ariela grew up in Los Angeles, raised by her parents who are Mexican-born Jews. She has an older sister, Libe, who is also an actress. Ariela started acting when she was only three years old, appearing in local productions of plays, and in commercials. She started acting professionally at the age of nine, when she had her first on-screen role.

After matriculating from a local high school in 2016, Ariela didn’t enroll at a college because she wanted to focus on her career instead.

Ariela made her TV series debut in 2007, when she starred as Super Martian Robot Girl, in the pilot of the children’s comedy “Yo Gabba Gabba!”, created by Christian Jacobs and Scott Schultz. She went on to star in seven episodes in the same year, and in 2019, she made a guest appearance in the show.

Ariela played one of the leads in the 2011 comedy mini-series “Keenan’s Crush”, which also starred Keenan Cahill and Jessica Uberuaga. In 2012, she played the role of young Cece in two episodes of the sitcom “New Girl”, created by Elizabeth Meriwether, and in the following years, she appeared in single episodes of several popular TV series, such as “Modern Family”, “Liv and Maddie: Cali Style”, and “The Thundermans”.

In 2017, Ariela played the role of Carmen in four episodes of the comedy drama “One Day at a Time”, following three generations of a Cuban-American family who are all living under the same roof. Ariela’s portrayal of the angsty teenager Carmen made her mark on the series, despite having limited screen time, and many consider this role to be her breakthrough.

Between 2017 and 2018, she played the recurring character Bailey Bennett, in the Netflix comedy drama “Atypical”. Created by Robia Rashid, it focuses on the life of an 18-year-old boy who is on the autism spectrum, and received praise for its depiction of autism and inclusion of autistic actors and writers, especially after its second season aired.

Ariela starred as Gert Yorkes, in the superhero action drama “Runaways”, created by Josh Schwartz and Stephanie Savage, and based on the Marvel Comics superhero team of the same name. The first season was released on the streaming platform Hulu in November 2017, and it concluded in December 2019. It follows a group of six teenagers, united against their criminal parents who collectively run an evil organization called Pride.

Most recently, Ariela played the role of Ziggy Bello, in the first season of the legal comedy drama “Rebel”, based on the life of the consumer advocate and environmentalist Erin Brockovich. Created by Krista Vernoff, it premiered on ABC on 8 April 2021.

Ariela made her film debut in the 2009 drama “Stellina Blue”, written and directed by Gabriel Scott, and which starred Christina Mauro, Chris Kramer and Richard Riehle. Two years later, she played the role of Maria, in the family film about child trafficking and Internet safety, entitled “All Kids Count”.

In 2013, she appeared alongside John Leguizamo and Elizabeth Pena in the comedy “King John”. Ariela had her first starring film role in the 2018 thriller “Ladyworld”, following a group of teenage girls trapped in a building after a massive earthquake. In the same year, she played Nina, the lead character in the drama “Love Goes Through Your Mind”, which premiered at that year’s edition of Austin Film Festival.

In early 2021, we saw Ariela appear in the comedy drama “The Ultimate Playlist of Noise”, written by Michell Winkie, directed by Bennett Lasseter, and which starred Keean Johnson, Madelne Brewer and Rya Kihlstedt. She is set to star in the drama “Disfluency”, written and directed by Anna Baumgarten, and which is expected to be released in early 2022.

On 3 November 2016, Ariela publicly came out on Twitter as gay – ‘Literally, everything I do is to get back at the people who called me ugly & gay in middle school. They were right, but it was mean spirited!’, she posted. More recently, Ariela announced on social media that she uses both she/her and they/them pronouns.

In recent years, Ariella has been rumored to be dating her “One Day at a Time” co-star, Isabella Gomez. The two seem to be very close in real life, often appearing together at events, and posting about each other on social media, but they haven’t commented on the rumors.

Ariela hasn’t been married or engaged, and doesn’t have children.

While she likes to tweet out jokes and post updates about her upcoming projects, she isn’t shy to use the platform to talk about serious issues, such as global warming and police brutality.

Aside from acting, Ariele also has a passion for music. She is a former member of the Los Angeles-based all-girl indie/alternative/punk band called The Love-Inns. The band released one studio album entitled “SPLIT LIP” in 2017, before eventually breaking up in February 2019.

Ariele can sing, and also play multiple instruments, including the guitar, drums and piano.

Ariela’s favorite movie is the 1999 cult-classic comedy “But I’m a Cheerleader”, which centers on a teenage girl sent to rehab by her parents, because they suspect that she’s a lesbian.

She is a vocal supporter of the Black Lives Matter movement, and participated in last year’s protests against police brutality in the US.