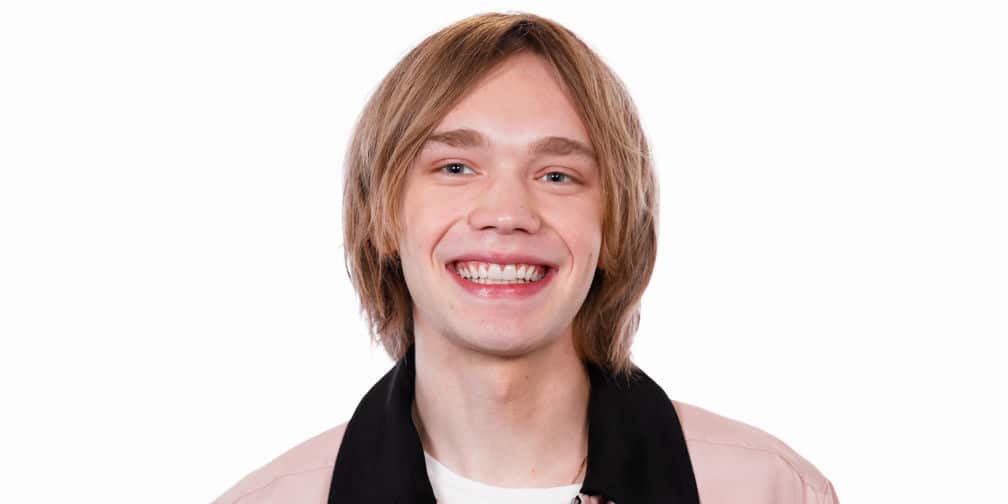 Who is Charlie Plummer?

Charlie Faulkner Plummer was born in Poughkeepsie, New York State USA, on 24 May 1999 – his zodiac sign is Gemini, and he holds American nationality. He’s an actor, who’s perhaps known best for his portrayal of the lead character Miles ‘Pudge’ Halter, in the 2019 romantic drama mini-series “Looking for Alaska”. It also starred Kristine Froseth and Denny Love, and follows a boy who has just enrolled at boarding school, and has fallen in love with one of the most beautiful girls there.

Charlie is widely believed to be related to the late Canadian actor Christopher Plummer, but this isn’t true.

Charlie was raised in Cold Spring, New York State, alongside his brother James, by their father John Christian Plummer, a film writer and producer, and their mother Maia Guest, who’s a theatre actress.

The family moved a lot because of work, and Charlie attended seven schools, three in Los Angeles, California, and four in New York. It was his parents who got him into acting, taking him to auditions from when he was 10 years old, apparentlywithout Charlie having a saying in it. He made his debut film appearance in 2010, with his portrayal of Young Frank in the short drama “Frank”, and in 2011, he made his debut TV series appearance, with his portrayal of Bully, in an episode of the sports comedy “Onion Sports Dome”.

Charlie continued acting throughout his entire education. He studied at Professional Children’s School in Manhattan, and so upon matriculating in 2017, Charlie didn’t enroll at college, but focused on acting.

In 2011, Charlie played Young Jordan, in the comedy “We Are the Hartmans”, and the same year saw him star as Glenn Pilmont, in the short romantic drama “Three Things”.

He gained recognition in 2012, when he was cast to play Grace’s Little Brother in the drama “Not Fade Away”. Written and directed by David Chase, it starred John Magaro, Jack Huston and Will Brill, and follows a group of friends living in New Jersey in the ‘60s, who have formed a rock band.

The movie won three of the six awards for which it was nominated. Also in 2012, Charlie played the main character T. J., in the short comedy “Alan Smithee”, while his following role came three years later, in the hit adventure drama “King Jack”; he portrayed the title character, a teenager who has teamed up with his cousin against a bully. The movie won two of the four awards for which it was nominated.

The year 2017 saw Charlie appear in three movies: the crime thriller “The Dinner”, the family adventure drama “Lean on Pete”, and the biographical crime drama “All the Money in the World”. In 2018, he portrayed one of the lead characters, Tyler Burnside, in the mystery crime drama “The Clovehitch Killer”. It was directed by Duncan Skiles, also starred Dylan McDermott and Samantha Mathis, and followed a perfect family, affected by the killings of a serial killer.

Three of Charlie’s most recent movie roles have been in the 2019 short drama “My Mother is a Fish”, the 2020 romantic drama “Words on Bathroom Walls” and the romantic horror comedy “Spontaneous”. He’s currently shooting for four upcoming movies: the action fantasy adventure “Moonfall”, the drama “A Perfect Day for Caribou”, the crime drama “The Thicket”, and the action comedy “Snow Ponies”.

Charlie has appeared in only seven TV series, including the above mentioned “Onion Sports Dome” and “Looking for Alaska”.

In 2012, he guest starred in the episode “Many Happy Returns” of the action crime drama “Person of Interest”, and in 2013, he portrayed Jann in the episode “The Dutch & Us” of the family comedy drama “Wendell and Vinnie”.

From 2011 to 2013, Charlie portrayed Michael Thompson, in the historical crime drama “Boardwalk Empire”, created by Terence Winter, and which starred Steve Buscemi, Kelly Macdonald and Michael Shannon. It follows the life of a politician from Atlantic City, who’s also working with gangsters; the series won 84 awards, including 20 Primetime Emmys, while it was nominated for 184 other awards.

From 2013 to 2015, Charlie starred as Timmy Sanders in the drama “Granite Flats”. Created by James Shores, it also starred Jonathan Morgan Heit and Richard Gunn, and follows three people investigating the fall of a mysterious object from the sky, and an explosion on an Army base.

In 2013, Charlie was featured in the documentary movie “The Making of Granite Flats”.

He has made a guest appearance in a number of talk-shows, including “Last Call with Carson Daly”, “The IMDb Show” and “Made in Hollywood”.

He has been nominated for six other awards, including a 2018 Indiana Film Journalists Association Award, a 2018 British Independent Film Award, and a 2019 Chlotrudis Award, also all for his performance in “Lean on Pete”.

Charlie’s highly secretive when it comes to his love life, and hasn’t spoken of any girls (or boys) whom he has perhaps been with.

This is mostly why there are rumors circulating the internet concerning his current relationship status, and his sexual orientation.

It’s believed by some that Charlie’s today in a relationship with Samia Finnerty, a social media star, actress and a composer, who’s perhaps known best for being the daughter of Kathy Najimy, a famous American actress. The two have apparently been seen spending time together on multiple occasions, but neither has addressed the rumors of them being in a relationship.

There are also some who claim that Charlie’s gay, and that this is why he hasn’t spoken of the girls whom he’s dated; this hasn’t been confirmed either.

As of July 2021, Charlie seems to be single, hasn’t married, and doesn’t have children.

Charlie’s physically quite active, and has multiple training sessions at the gym each week. He works out mostly because it’s important for his acting career to stay in shape.

He likes summer the most, because he enjoys playing beach soccer with his friends, swimming in the ocean, and going yachting.

Charlie’s a fashionista, and goes shopping for clothes at least once a week, which makes him a shopaholic.

He has his own favorite actors and actresses, some of whom are the late Heath Ledger, Will Smith and Emma Watson, and a couple of his favorite movies are “Brokeback Mountain”, “I, Robot” and the franchise “Harry Potter”.

Charlie’s a huge lover of animals, and has been to the Los Angeles Zoo and Botanical Gardens many times. His favorite animals are dogs, deer and elephants.