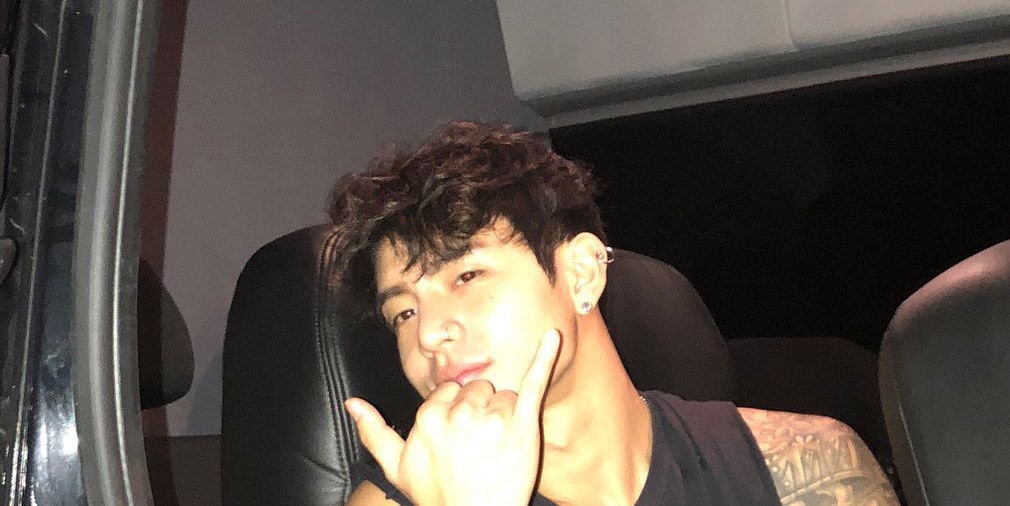 Christian Yu was born as Yu Ba Rom in Sydney, New South Wales, Australia, on 6 September 1990 – his zodiac sign is Virgo, he holds Australian nationality and is of South Korean descent. He’s a singer, model, social media star, director, and chief editor who’s probably known best for having been the lead singer of the now-disbanded South Korean boy band C-Clown.

Christian was raised in Sydney by his parents, about whom nothing’s known as he respects their privacy. He hasn’t spoken of having any siblings, so many of his fans believe Christian to be an only child.

He attended a local high school at which he was very sporting, as he played various sports while he dreamt about becoming a famous model or a musician. Christian matriculated in 2008 and wanted to move to South Korea to work on his singing career, however, he was urged by his parents to focus on his education, which is why he enrolled at the University of Sydney. He pursued a double major in art and science, however, he dropped out and left for South Korea to pursue his dreams.

On 18 July 2012, the boys released their debut mini-album “Not Alone”, with the album’s lead single “Solo” helping them gain recognition. On the following day, they performed live for the first time in the popular TV music show “M Countdown”, and on 15 November 2012, they released their new mini-album “Young Love”. On 2 April 2013, their third mini-album came out entitled “Shaking Heart”, and the songs featured in it showed that the boys were able to sing various music genres; the most popular song was “Do You Remember”. In 2013 and 2014, they released several singles including “Tell Me”, “Justice”, and “Let’s Love”.

In April 2015, Christian changed his Instagram username, removed his pictures and added the description which read ‘they turned me into something that I am not. Never forget what I did for u’, while he later shortened it to ‘never… forget…’ Most of the band’s fans believed that the band would disband, and later that year on 4 October, Christian announced that the band would no longer be working together. The boys’ website and YouTube channel have since become private.

There has been some speculation of the possibility that the boys might reunite and perform as C-Clown again, however, this hasn’t been confirmed.

After C-Clown was disbanded, Christian decided he would put a hold on his career as a singer, and launched his own independent label Dream Perfect Regime, and is today working as its director and chief editor. The label has worked with various popular musicians, including Bobby.

Christian’s very popular on various social media networks, especially on Instagram, as he’s followed by more than 1.7 million people, while he has uploaded over 200 pictures, most of which have been taken during his everyday life, as well as during his professional photoshoots.

He launched his Twitter account in July 2012, and it’s today followed by close to 250,000 fans, while he tends to tweet at least once a week,mostly about his work rather than about his personal affairs.

Christian hasn’t spoken of any girls whom he’s dated, but it’s widely known that South Korean entertainment agencies don’t allow their artists to be in relationships while under a contract with them.

This means that even if Christian was dating anyone while a member of the boy band C-Crown, he wouldn’t have shared it with the public, and would also had kept it from his agency.

Since C-Crown disbanded, he has apparently been seen spending time with various girls, but hasn’t confirmed that he has dated any. There are also those who believe Christian to be gay, because even today when he’s not signed to any music agencies, he hasn’t spoken of any girls whom he has dated. A fan has even claimed to have seen him with a boy who could be his boyfriend, however, Christian hasn’t commented on this.

Christian’s a huge fan of tattoos, and both his arms and his chest have been nearly entirely inked, while pictures of his tattoos can be found uploaded onto his Instagram account.

He’s keen on travelling, and his career has taken him to various European countries, while he’s also been to a couple of US states for both work and pleasure.

He likes to play the guitar in his spare time, and has recorded himself to show his fans as well as to give them some advice and tips concerning playing the guitar.

Christian enjoys spending his spare time in nature rather than in overcrowded cities, and can usually be found with his friends in parks, deep into the woods and high up in the mountains.

In his spare time which is mostly late at night, Christian likes to watch Hollywood movies starring his favorite actor Leonardo DiCaprio, such as “Catch Me If You Can”, “Once Upon a Time in Hollywood” and “Shutter Island”.

As of May 2021, his net worth has been estimated at over $1 million, achieved through his career in the entertainment industry over the last decade.