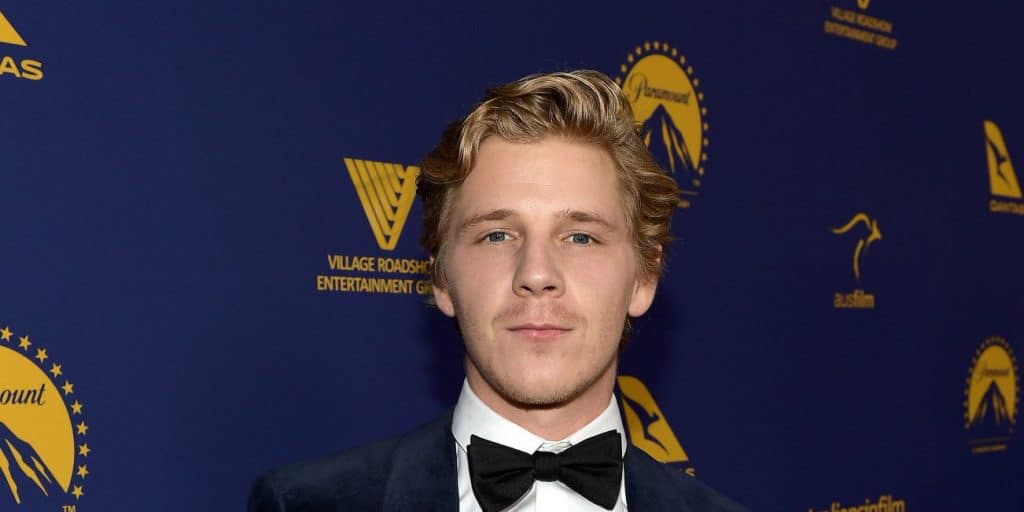 Who is Daniel Webber?

Daniel Peter Webber was born in Gosford, New South Wales, Australia, on 28 June 1988 – his zodiac sign is Cancer and he holds Australian nationality. He is an actor who might be known best for his portrayal of Vince Neil, lead singer of the band Motley Crue, in the 2018 biographical comedy movie “The Dirt” written by Rick Wilkes and six other people, directed by Jeff Tremaine, and which also starred Douglas Booth, Iwan Rheon and Machine Gun Kelly. It follows musicians from Hollywood, who were raised on the streets but became celebrities.

Daniel was raised in Gosford alongside his sisters Kyle and Sarah Webber, by their father Peter who owned a tree removal company for two decades, and their mother Vick who is a housewife.

He was five when he became a trampolinist, went on to enter various national competitions, and in 2000 Daniel performed at the Summer Olympics closing ceremony in Sydney. He attended Green Point Christian College at which he became interested in acting, appearing in many plays performed at both school and in local theatres. He was also sporting, as he played soccer and basketball.

Upon matriculating in 2008, Daniel launched his acting career, and chose not to pursue a college degree.

Daniel made his debut TV series appearance in 2008, when cast to play Kieran Foster in the episode “Training Wheels” of the drama “All Saints”, which aired from 1998 to 2009 and won 12 awards, while it was nominated for 47 others.

He gained recognition the following year when he began portraying Darius in the family science fiction “K9”, which starred John Leeson, Robert Moloney and Keegan Joyce, and follows the adventures of the robot-dog from the series “Doctor Who”.

The year 2012 saw Daniel appear in two episodes of the biographical drama “Devil’s Dust”, and then in 2015, he portrayed Ryan Kelly, one of the supporting characters in the romantic drama “Home and Away”, which has been running since 1988 and has aired close to 7,500 episodes.

Daniel went on to star as Lee Harvey Oswald in the 2016 mystery science fiction mini-series “11.22.63”, which starred the famous actor James Franco and follows a professor who can travel through time and uses this ability to save John F. Kennedy from being assassinated. The movie won two awards and was nominated for 12 others, including a Primetime Emmy.

In 2017, he portrayed Lewis Walcott and Luis Wilson in the critically acclaimed action crime drama “The Punisher”, created by Steve Lightfoot and which starred Jon Bernthal, Amber Revah and Ben Barnes. It follows a former Marine whose family has been killed, and who now wants to avenge them. The series won one award and was nominated for 14 others, including a Primetime Emmy.

Daniel’s most recent role in a TV series has been in seven 2020 episodes of the thriller “Borrasca”, but which failed to attract a lot of attention.

Daniel made his debut film appearance in 2009, when cast to play Jason in the drama “The Combination”, and he then went on to star in several shorts, including “Multiple Choice”, “Baseheart” and “Reason to Smile”.

The year 2013 saw him portray Shane in the drama “Galore”, written and directed by Rhys Graham, and which starred Ashleigh Cummings, Aliki Matangi and Lily Sullivan in the movie about sex and desire, and which was nominated for six awards. In the same year, Daniel starred in the short crime drama “Break”, and appeared in two other shorts – “Eric” and “Skin”. The year 2016 saw him play Dan O’Connel, one of the lead characters in the drama “Teenage Kicks”, written and directed by Craig Boreham, and which is about what we survive in childhood later shapes us as adults.

In 2017, he appeared in the drama “Australia Day”, which follows the lives of three people on Australia’s national holiday. In 2019, Daniel portrayed Private Paul Large in the critically acclaimed war action drama “Danger Close”, which starred Travis Fimmel, Toby Blome and Alexander England, and tells the true story of 108 New Zealand and Australian soldiers fighting against 2,500 Vietnamese and Viet Cong troops on the Vietnamese plantation, Long Tan. The movie won eight awards and was nominated for six others.

Daniel’s most recent role in a movie has been his portrayal of the lead character Stephen Lee in the 2020 thriller “Escape from Pretoria”, written and directed by Francis Annan, and which also starred Daniel Radcliffe and Ian Hart.

It’s also based on a true story, of two politicians who managed to escape from prison in South Africa. The film was nominated for two awards.

Daniel has recently been cast to appear in two upcoming movies: the drama “Seriously Red” and the war drama “Recoil”.

Daniel is quite a secretive person who prefers to keep his personal matters to himself.

He hasn’t spoken about any girls he might have been with, which is mostly why there are rumors circulating the internet concerning his love life and sexual orientation.

Many people believe Daniel to be gay because he doesn’t have a girlfriend, and can usually be seen spending time with men. His Instagram account is also filled with pictures of himself with other men, however, Daniel hasn’t commented on these rumors.

It’s also speculated that he might be in a relationship with a mysterious girl who prefers to stay away from the spotlight, as some of his fans have claimed to have seen the two walking hand in hand in the streets of Melbourne, however, this hasn’t been confirmed either.

As of January 2021, Daniel is single, hasn’t married and doesn’t have children.

Daniel likes to go on adventures, and in late 2020 he and his two friends set out on a bicycle tour during which they slept in their tents and ate food they prepared. The tour lasted around a week and some pictures taken during it can be seen uploaded onto Daniel’s Instagram account.

He is a huge fan of travelling, and started at a very early age thanks to being a competitive trampolinist. He visited Canada, various US states and European countries, and has continued travelling today, thanks to his acting career.

Daniel reportedly likes all animals, and his favorites are elephants.

He is a huge fan of the late actor Heath Ledger, who committed suicide aged 28 having appeared in many critically acclaimed movies such as “The Dark Knight” (portrayed Joker) and “Brokeback Mountain”. Daniel also likes to watch movies starring actors Tom Hanks, Russell Crowe and Tom Cruise, and a couple of his favorites are “The Terminal”, “Gladiator” and “The Last Samurai”.