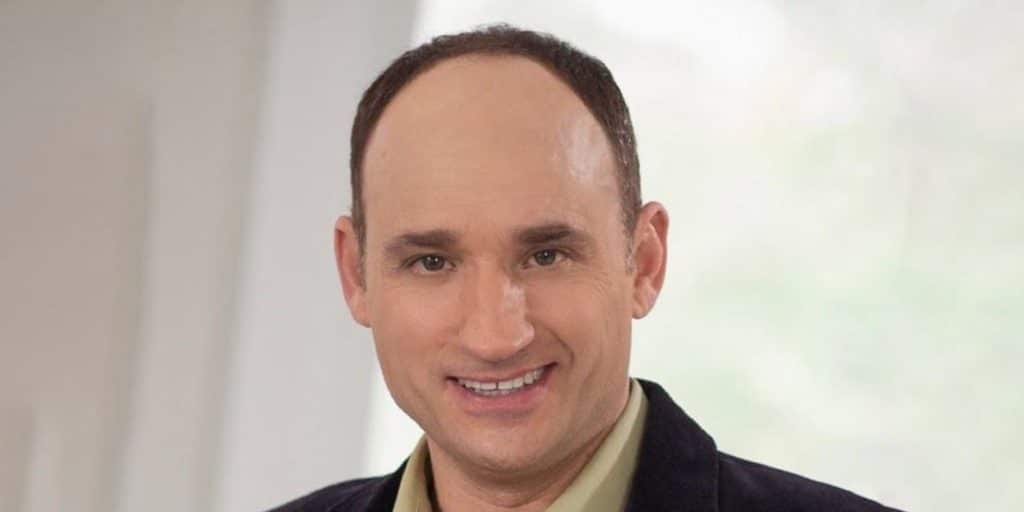 Who is David Visentin?

David Visentin is a Canadian reality TV personality, actor, and real estate agent, who gained popularity by appearing in the reality TV show “Love It or List It” (2008-2019), and is also known for his appearance in the show “Brother vs. Brother” (2013-2015).

Holiday home tours with your bestie! 🤣

Of British, Scottish and Italian ancestry, David is the son of Nick Visentin, a real estate agent himself, and he grew up in Toronto with his two siblings, a brother and a sister Bonnie who is also involved in the real estate industry; he hasn’t talked about his mother. He attended West Humber Collegiate Institute, a public high school in Toronto, and after matriculation, David enrolled at the University of Waterloo, from which he graduated. He would later obtain his real estate agent’s license.

Before he became a television star, David had put years of hard work into his career. He joined his father Nick at Country Living Realty as a realtor, and for the next 16 years operated in Barrie, Ontario area before making further progress. He became rather known in Ontario, but after a few businesses that didn’t go as planned in the 2000s, he auditioned for one of the hosts of the new reality show “Love It or List It”.

He was selected as the co-host of the show and Hilary Farr’s competitor, whose main job is to convince the homeowners to sell their house and buy a new one for a budget that they would spend on renovating their house done by Hilary.

The show premiered on 8 September 2008, and so far 198 episodes have been aired. From 2014 until 2019, the show was being filmed in North Carolina, USA, since the producers wanted to test the US public and potential clients, which turned out to be a smart move. Although no new episodes have been aired since 2019, according to reports, the show is returning to Ontario, and the new episodes will premiere late in 2021.

The show has become immensely popular with the public, and the chemistry between David and Hilary is just one of the reasons, as both stated that the good-natured bickering between them is what has put the show on the map.

Through his appearance on “Love It or List It”, David has become a celebrity ,and has used this influence to expand his career. With his expertise in the real estate industry, David has contributed to several other shows, and was a judge in the show “Brother vs. Brother” (2013-2015), and in 2013 he also appeared in an episode of the reality show “Makeover Manor”.

David appeared in the show “Megyn Kelly Today” in 2018, and most recently in 2020 he was a guest in “The Kelly Clarkson Show”, during which he spoke about his recent projects and the new episodes of “Love It or List It”.

To speak more of his accomplishments, David is a regular contributor to various news agencies, including Canadian Press, among others.

David is quite happy when in front of the camera, but he has rarely talked about his personal life. However, David is a married man, and his wife is Krista Visentin (nee Grycko), but the couple is rarely seen in public The two have been married since 2006 and have a son named Logan. There is no information as to when they started dating, just a statement by David that they dated for several years before marrying. The family still resides in Barrie.

David and Hilary’s on-screen chemistry has sparked allegations of them being together, however, these turned out to be just simple rumors, as they’ve both denied them.

As of mid- 2021, David Visentin’s net worth has been estimated to be around $8 million, earned through his successful career as a real estate agent and television personality.

His Italian roots have prevailed, and David is now a big foodie, who primarily enjoys Italian cuisine.

Although he doesn’t appear often with his family on screen, David is a family man and his wife’s support means a lot to him. When not working he spends all the time with his family, and his primary focus is his son.

He is a sports person, and occasionally enjoys playing soccer with his friends, while he also watches every game that he can. David is also a skilled swimmer and diver, which are one of his favorite activities outside his job.

David is a huge animal lover, and has a pet dog named Mimi and three cats.