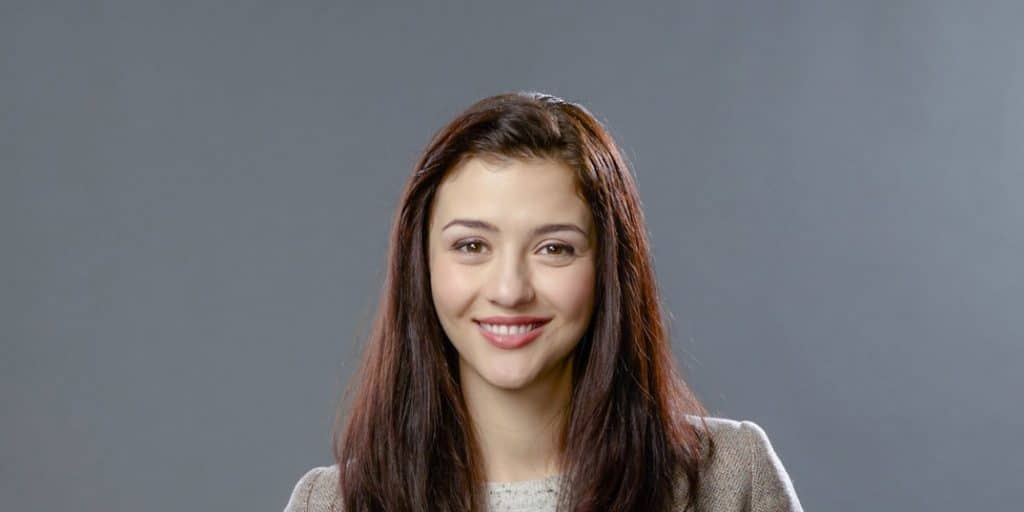 Who is Katie Findlay?

Katie Findlay was born in Windsor, Ontario, Canada on 28 August 1990 – her zodiac sign is Virgo, she holds Canadian nationality, and is of British, Chinese and Portuguese ethnicity. She’s an actress and a musician, who’s perhaps known best for her portrayal of Bonnie, in the 2013 fantasy science fiction movie “After the Dark”. It was written and directed by John Huddles, starred James D’Arcy, Sophie Lowe and Daryl Sabara, and follows the lives of 20 college students, who have been challenged by their philosophy teacher to choose 10 of them who would hide underground in case of a nuclear apocalypse, so that they could save the human race. The movie won one of the three awards for which it was nominated.

Katie’s amongst the most secretive of actresses, and hasn’t shared any details concerning her parents, as she respects their privacy. She hasn’t commented on having any siblings, but it’s believed by many that she has an older sister.

Katie became interested in acting while attending a local elementary school, and appeared in several plays performed at the school. In 2004, she enrolled at Eric Hamber Secondary in Vancouver, British Columbia, and continued acting during her four years there. Upon matriculating in 2008, Katie began attending acting auditions, and didn’t enroll at a college.

Katie made her debut TV series appearance in 2010, when she was cast to play Jill, in the episode “The Man from the Other Side” of the mystery science fiction drama “Fringe”.

The following year saw her appear in an episode or two of several series, such as the mystery crime comedy “Psych”, the crime drama “Endgame”, and the science fiction drama “Stargate Universe”.

She gained recognition in 2011, with her portrayal of the supporting character Rosie Larsen, in the critically acclaimed mystery crime drama “The Killing”. It was created by Veena Sud, starred Mireille Enos, Joel Kinnaman and Billy Campbell, and follows the police investigating the case of 17-year-old Rosie Larsen, who has been found dead in a submerged car. The series won three of the 56 awards for which it was nominated, including six Primetime Emmy nominations. In 2012, Katie made a guest appearance in the episode “A Test of Time” of the action science fiction thriller “Continuum”, and in 2013 and 2014 she starred as Maggie Landers, in the romantic comedy drama “The Carrie Diaries”.

The series also starred AnnaSophia Robb and Austin Butler, and follows the life of Carrie Bradshaw, who has just begun attending high school. Katie was then cast to play Rebeca Sutter, in 16 episodes of the mystery crime drama “How to Get Away with Murder”, and the following years saw her play supporting roles in a couple of hit series, including the mystery fantasy drama “The Magicians”, the romantic fantasy comedy “Man Seeking Woman”, and the musical drama “Lost Generation”.

Since 2019, Katie has been playing Lisbeth, in the fantasy horror drama “Nancy Drew”. It stars Kenedy McMann, Leah Lewis and Maddison Jaizani, and follows Nancy who has been involved in a supernatural murder mystery.

Katie’s most recent TV series role has been her portrayal of Rose Williams, in seven episodes of the musical comedy drama “Zoey’s Extraordinary Playlist”.

Katie made her debut film appearance in 2010, with her portrayal of Emily in the drama “Tangled”, and a couple of her following roles were in the 2010 horror thriller “Crash Site”, the 2012 short thriller “An Instrument of Justice”, and the 2013 fantasy science fiction drama “After the Dark”.

She gained recognition in 2014, after being cast to play Gabrielle in the fantasy comedy “Premature”. It was written and directed by Dan Beers, starred John Karna, Caroline Traywick and Kate Kneeland, and follows a senior high school student, who goes on re-living losing his virginity, until he finds the right girl to lose it with. Katie won her first lead role in 2015, when she played Leah Garrison, in the not-so-popular horror drama “The Dark Stranger”, and the same year saw her appear in the family adventure drama “Jem and the Holograms”, and the romantic drama “The Bridge” (lead role).

In 2019, she was cast to portray Rory, in the romantic comedy “Straight Up”, written and directed by James Sweeney, who also starred in it alongside Omar Guazzelli and Brendan Scannell. The film follows Rory who has fallen in love with Todd, but fears that he might be gay.

Katie’s most recent film appearance has been in the 2019 drama “Heart of Life”.

Katie has been credited with singing four songs, in four episodes of the series “Zoey’s Extraordinary Playlist”.

In 2012, she appeared in the short documentary film “An Autopsy of The Killing”, and in 2015, Katie was featured in the TV special “The 46th Annual NAACP Image Awards”.

She has made a guest appearance in a couple of talk-shows, including “The Insider” and “Red Carpet Report”.

Katie’s highly secretive when it comes to talking about her love life, and hasn’t shared details of any boys (or girls) whom she has perhaps been with. This is mostly why there are various rumors circulating the internet concerning her past and present affairs, as well as her sexual orientation.

Some of her fans believe that she was once in a relationship with Brendan Dooling, an American actor, who portrayed her boyfriend in the series “The Carrie Diaries”. The two seemed so in love in the series that it made their fans wonder if they were together in real life as well. Neither Brendan nor Katie have addressed these rumors.

There are also those who claim that Katie’s a lesbian, and that this is why she hasn’t mentioned the boys whom she has perhaps been with, but this hasn’t been confirmed either.

As of July 2021, Katie seems to be single, hasn’t married and doesn’t have children.

Katie’s a fighter for equal rights of all humans, and is a huge supporter of the LGBT community. She today supports the movement Black Lives Matter, and has walked a couple of peaceful protests organized around the USA.

She’s a cat-lover, and her pet cat can be seen featured in many of her Instagram pictures.

Katie’s keen on travelling, and has been to various US states, mostly thanks to her acting career. Her dream travel destination is still Los Angeles in California. She also enjoys travelling around her native country – Canada – and mostly likes to stay at natural locations.

She’s physically active, and enjoys going running, while she ran a half marathon in 2020.

Katie has her own favorite actresses, some of whom are Kate Winslet, Angelina Jolie and Natalie Portman, and a couple of her favorite movies are “Titanic”, “The Eternal Sunshine of the Spotless Mind” and “Mr. and Mrs Smith”.