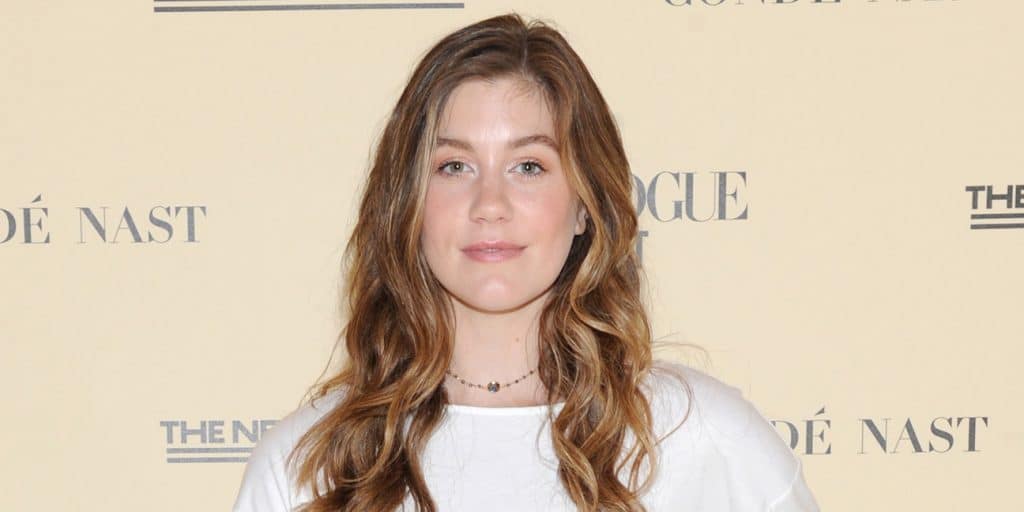 Who is Laura Dreyfuss?

Laura Dreyfuss was born under the zodiac sign of Leo on 22 August 1988, in New Jersey, USA; her middle name is Catherine, her artistic name is Loladre, her ethnicity is white Caucasian, and she holds American nationality. She is an actress and a singer, with six credits to her name, perhaps mostly known for her role in the series “Glee”, a musical comedy drama created by Ryan Murphy, Brad Falchuk and Ian Brennan. The series had 210 award nominations and 85 wins, including six Primetime Emmys.

Laura was raised the younger of their two daughters in Bergen County, New Jersey, by her father who’s a doctor, and her mother who worked for a non-profit organization.

Laura became interested in acting at a very early age – her role model was her sister, who had joined the cast of “Mama Mia!”, a famous Broadway stage play.  Her mother was also an art lover, so thanks to her, Laura saw her first Broadway show when she was just six years old. From then on she was dreaming about becoming a Broadway performer.

She attended a local high school, and upon matriculating in 2006, Laura enrolled at Boston Conservatory at Berklee, from which she graduated with a Bachelor of Arts degree in theatre in 2009.

Laura’s dream came true in 2016, when having acted in the Broadway shows “Once”, “Hair” and “What’s It All About?”, she was cast to star as Zoe Murphy in the musical drama “Dear Evan Hansen”, based on the book by Steven Levenson.

Her portrayal of Zoe was a chance for Laura’s talent as a vocalist to shine, especially in “Requiem”- her solo song in the musical.  The play was nominated for nine awards, and won six at the 71st Tony Awards in 2017. In the following year, Laura won the Grammy Award (shared with her colleagues) for Best Musical Theatre Album; she also won Broadway.com’s Audience Award for Favorite Featured Actress in a Musical.

In the following year, she released her debut single “Be Great” under the name Loladre. She is also successful as a songwriter, and in 2019 released her album “Better Drugs”.

In 2015, Laura portrayed Madison McCarthy, a cheerleader and a member of a glee club, in the sixth season of the series “Glee”, starring alongside Matthew Morison, Lea Michele and Jane Lynch. This musical comedy drama is about rebellious and deviant students who are members of the glee club ‘New Directions’, as well as about their love for singing, relationships between them and various teenage problems; their only support is a Spanish teacher portrayed by Matthew Morison.

From 2019 to 2020, Laura starred as McAfee Westbrook in the series “The Politician”, a comedy drama about a student who will someday become the next President of the USA.

It won three awards and was nominated for 16 others, including seven nominations for Primetime Emmys.

Laura had a supporting role in two episodes of the series “The Marvellous Mrs Maisel”, a comedy drama created by Amy Sherman-Palladino, about a housewife who wants to become a stand-up comedian.

Laura made her film debut in 2017, when she acted alongside Steve Guttenberg and Rachel Nichols, in the romantic comedy drama “After Party”. She portrayed the character Lana, a young photographer who is struggling to be noticed in the art world.

When her friend, a gallery owner, invited her to a party, she saw her chance for success, however, the party didn’t turn out as she had hoped. The movie won one award, at Madrid International Film Festival for Best Feature Comedy.

Laura’s most recent film role has been her portrayal of an IVF Technician in the science-fiction drama “Voyagers”, released in April 2021. She acted together with Tye Sheridan, Lily-Rose Depp and Colin Farrell in the movie about a crew of astronauts on a mission to find a new home; the mission goes wrong when passengers become paranoid and unable to understand what reality is.

This young and beautiful actress has always been surrounded by men, but she hasn’t spoken of any whom she has perhaps been with. Laura prefers to keep the details of her love life to herself, but it’s widely known that she was dating James Adam Shelly back in 2012. They met each other in college, so they might had been dating since then. The two split for unknown reasons after a few years of being together.

In the folowing years, there were some rumours regarding Laura and the young actor Ben Platt; they acted together in the musical “Dear Evan Hansen”, but haven’t confirmed that they were ever a couple, but haven’t denied it either.

They have a duet song, “Only Us”, the video for which song has over eight million views on Youtube. Also, they’ve been co-starring in the series ”The Politican“.

As of August 2021, Laura has been posting several pictures with her new boyfriend onto her Instagram accoun, but his identity is unknown to the public. She has only revealed in one of her interviews, that he’s from South Africa, and that they had visited his family last year.

Laura is passionate about travelling, and has been all around the US for both work and pleasure; her dream travel destination is London in England (Europe).

She likes to spend her spare time in nature, especially at the beach; her hobbies are swimming, surfing and camping.

She is a lover of animals, with dogs being her favourites; her pet is a Bernese mountain dog called Banjo.

Laura is a philanthropist, and has recently visited a small Nicaraguan village to share her experience and talent with children from the village.

As of August 2021, her net worth has been estimated at around $2 million.