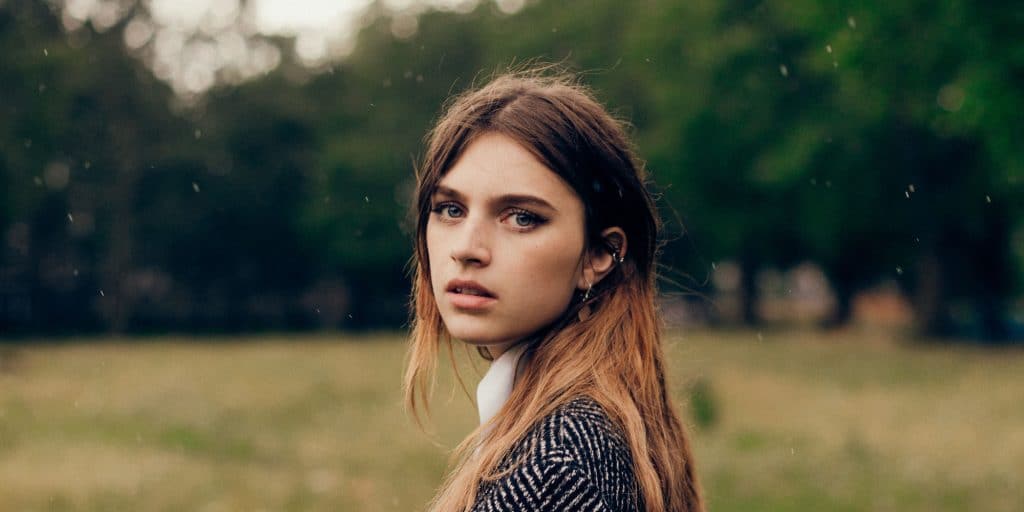 Who is Nell Tiger Free?

Nell Tiger Free was born in Kingston -upon-Thames, Surrey England ,on 13 October 1999 – her zodiac sign is Libra and she holds British nationality. She’s an actress who’s probably known best for her portrayal of Myrcella Baratheon in the critically acclaimed action adventure drama series “Game of Thrones”, created by D. B. Weiss and David Benioff, and which starred Emilia Clarke, Kit Harington and Peter Dinklage. It follows nine families fighting to control the Westeros lands, and the series aired from 2011 to 2019, winning 377 awards including a Golden Globe, while it was nominated for 613 other awards. “Game of Thrones” is rated by many amongst the top 20 series of all time.

Nell was raised in Kingston-upon-Thames alongside her older sister Betsy, by their mother who’s a yoga teacher, and their father who’s working in recruitment. Her uncle is Jonathan Simon ‘Joe’ Bramley-Fenton, who’s a famous British artist, sculptor, illustrator, and designer. Nell’s parents divorced sometime in the 2010s, and her mother went on to marry the non-celebrity man Darren.

Nell became interested in acting at a quite an early age, as she often watched movies and TV series together with her family. She studied at Hampton Court House School before moving on to Teddington School, at which she was a member of the drama club, appearing in most plays performed at the school.

In 2012 aged 13, Nell launched her acting career with her portrayal of Anna in the hit romantic drama movie “Broken”, written by Mark O’Rowe, based on the novel by Daniel Clay and directed by Rufus Norris. It starred Charlie Booty, Tim Roth and Lily James, and follows the lives of three families – the movie won ten of the 29 awards it was nominated for.

Nell matriculated in 2017, and then chose not to pursue a college degree, but to focus on acting.

Following her role in “Broken”, Nell was invited to play Chloe, the lead character in the 2012 family comedy drama “Mr. Stink”, written by Simon Nye based on the book by David Walliams, and directed by Declan Lowney.

The movie also starred Hugh Bonneville and Pudsey, and follows an unhappy British teenage girl who helps a homeless person deal with his past. It was nominated for a BAFTA TV Award for Best Comedy Programme.

Nell then focused on appearing in TV series, and has just recently finished shooting as Savannah for the upcoming family fantasy drama “Wonderwell”, set to be released by the end of 2021. The film has been written by William Brookfield, directed by Vlad Marsavin, and stars Carrie Fisher, Rita Ora and Kiera Milward. It follows the 12 years old girl Violet from Italy, as she’s travelling from the real world to her imaginary world, and vice versa.

She has also recently finished shooting as the lead character Remmy for the upcoming science fiction “Settlers”, which has been written and directed by Wyatt Rockefeller, and also stars Sofia Boutella and Jonny Lee Miller.

Nell has appeared in four TV series including “Game of Thrones”. She made her debut TV series appearance with her portrayal of Bunty Glossop in the 2014 episode “Nocturne” of the hit mystery crime drama “Endeavour”, which stars Shaun Evans, Roger Allam and James Bradshaw, and follows Endeavour Morse and Detective Inspector Fred Thursday as they’re solving crimes in Oxford in the ‘60s. In 2019, Nell was cast to play Janey one of the lead characters in the crime thriller drama “Too Old to Die Young”, created by Nicolas Winding Refn and Ed Brubaker, and which also starred Miles Teller and Augusto Aguilera.

It follows the life of Martin Jones, who’s both a detective and a killer for hire.

Nell’s only other TV series role has been in the mystery horror drama “Servant” created by Tony Basgallop, and in which she’s starring alongside Lauren Ambrose and Toby Kebbell. It has been airing since 2019, and follows a couple from Philadelphia who, because of their mourning after a huge tragedy, manage to open a rift which allows a strange force to pass into their world. The series has been nominated for three awards.

Nell has made a guest appearance in episodes of two talk-shows – “IMDb on the Scene–Interviews” and “Made in Hollywood”, both in 2019.

Nell’s very secretive when it comes to her love life, and hasn’t spoken of any boys she’s perhaps been with, however, there are rumors circulating the internet that she has been in a relationship with Dean-Charles Chapman since 2015.

Dean-Charles is a British actor, who’s probably known best for his portrayal of Tommen Baratheon in the series “Game of Thrones”, which is also how he and Nell met. He got into acting and modelling when he was four, and aged eight, Dean-Charles was cast to appear in the musical play “Billy Elliot: The Musical”. Some of his other roles have been in the series “The Revolting World of Stanley Brown”, the series “Into the Badlands”, and the movie “Blinded by the Light”.

Nell hasn’t confirmed the rumors concerning her relationship with Dean-Charles, so as of March 2021, she appears to be single, hasn’t married and doesn’t have children.

Nell has been interested in music since a very early age – her parents often listened to jazz and blues at home. She taught herself to sing and play the guitar, and in 2017, Nell’s debut album was released entitled “No Tie Friday”. However, she hasn’t been very active in the field of music since.

Nell’s interested in fashion, and is trying to keep up with all the latest fashion trends, hoping that she’ll be given an opportunity to work as a fashion designer in the near future.

She’s physically active as she has a couple of training sessions at the gym each week, as it’s important for her acting career to stay fit, while Nell’s also following a strict diet.

She has her own favorite actors and actresses, some of whom are Eddie Redmayne, Matt Damon and Amanda Seyfried, and some of her favorite movies include “Les Miserables”, “Fantastic Beasts and Where to Find Them”, and “Letters to Juliette”.