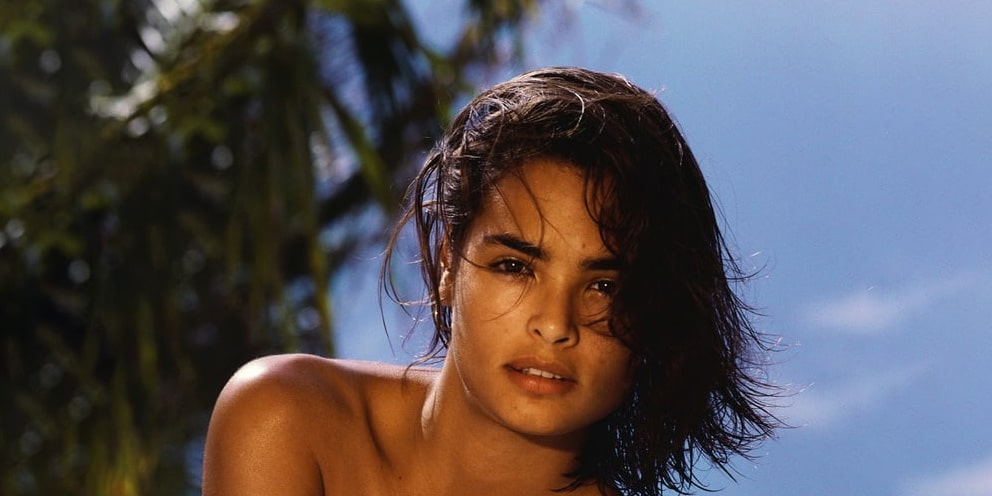 Who is Talisa Soto?

Talisa Soto is a former actress and model, who gained prominence as Bond girl Lupe Lamora in the film “License to Kill” (1989), and won over the fans with the role of Kitana in the fantasy action film “Mortal Kombat” (1995), in addition to several other roles that she secured in her acting career.

Born Miriam Talisa Soto on 27 March 1967 under the Aries zodiac sign, in New York City, USA, to Puerto Rican parents. She spent her childhood with three older siblings in Northampton, Massachusetts, as the family moved there when Talisa was five years old.

She went to a local public high school and it was there that her stunning looks were noticed and her modeling career got its start.

At just 15 years old, Talisa signed her first professional contract with Click Model Management. Still in high school, she waited for summer breaks to work on her career, and as a result, spent her summer vacation in Paris working on her modeling career. In her first stint, Talisa worked with Vogue, photographed by Bruce Webber.

After the initial stint, she returned to school and waited on her career until after matriculation, when Talisa started working extensively on her modeling career, and featured on the covers of such magazines as American and British Vogue, Mademoiselle, Glamour, Elle, and others, while she also worked with such fashion brands as Calvin Klein, Clarins, Salvatore Ferragamo, Versace, Revlon, and many others.

Talisa’s acting career started in the late ‘80s, with the part of India in the comedy-drama film “Spike of Bensonhurst” in 1988, starring Sasha Mitchell, Ernest Borgnine and Anne De Salvo.

The following year, she shunned all other Bond girls with the part of Lupe Lamora, in the action film “Licence to Kill”, with Timothy Dalton in the lead role, thus becoming the first Latina actress to play a Bond girl, a performance which earned her the ShoWest Award in the category for Female Star of Tomorrow.

Talisa started the ‘90s with a minor role in the television action mystery movie “Silhouette”, with Faye Dunaway as its main star, while in 1992, Talisa portrayed Maria Rivera in the Academy Award-nominated drama film “The Mambo Kings”, starring Armand Assante, Antonio Banderas and Pablo Calogero. The same year she starred in the action thriller film “Hostage”, next to Sam Neill and James Fox.

Her next role was as Cassie in the TV western comedy series “Hart of the West” starring Beau Bridges, and in 1994 she co-starred with Johnny Depp, Marlon Brando and Faye Dunaway in the Oscar Award-nominated romantic comedy film “Don Juan DeMarco”.

In 1995, Talisa secured the role of her career as Kitana one of the most iconic and popular fighters in the ‘Mortal Kombat’ franchise. She reprised the role in the sequel “Mortal Kombat: Annihilation” in 1997, and in between, she was Navajo Woman in the film “The Sunchaser” (1996), and starred in the titular role in the fantasy horror film “Vampirella”, with co-stars Roger Daltrey and Richard Joseph Paul.

Talisa remained active as an actress until 2002, making a few more prominent appearances, such as Amanda in the comedy crime-thriller film “Flypaper” in 1999, starring Robert Loggia and Craig Sheffer, while in 2000 she starred in the award-winning film “Flight or Fancy”. The following year, Talisa starred in the biopic about the famous Puerto Rican playwright, actor, and co-founder of the Nuyorican Poets Café, entitled “Pinero” – Miguel Pinero – with Benjamin Bratt in the lead role. She finished her career with the double role of Vinn/ Rayne in the action crime-mystery film “Ballistic: Ecks vs. Sever”, co-starring with Antonio Banderas and Lucy Liu.

Following this role, Talisa retired to focus on her family. However, she returned in 2009 for a one-time project, “La Mission”, by her brother-in-law Peter Bratt who wrote and directed this award-winning drama film.

Talisa has a failed marriage behind her; she was married to actor Costas Mandylor from 1997 until 2000.

Talisa met actor Benjamin Bratt while they were working on the film “Pinero”, and their romance started at the film’s premiere at the Montreal World Film Festival. The two married on 13 April 2002, and since then have welcomed two children, a daughter Sophia Rosalinda born on 6 December 2002, and son Mateo, born on 3 October 2005.

As of mid- 2021, Talisa Soto’s net worth has been estimated to be around $7.5 million, earned largely through her successful careers as a model and actress. She made over 20 film and TV appearances during her career, all of which added to her wealth.

Benjamin Bratt was born on 16 December 1963, in San Francisco, California USA to mother Eldy of indigenous Quechua Peruvian ancestry, and an American father of German and English ancestry, Peter Bratt Sr. Benjamin is the middle of five children, one of whom is Peter Bratt, the award-winning writer and director.

His parents divorced in 1967, and Benjamin’s mother took him and his siblings to participate in the 1969 Native American occupation of Alcatraz, luckily all ending well for the family. He later attended Lowell High School, and after matriculating enrolled at the University of California, Santa Barbara, from which he obtained a Bachelor of Fine Arts degree. Then he entered the MFA program at the American Conservatory Theater in San Francisco, however, his acting career got off to a great start, and he left studies before obtaining his degree.

His debut was as Sgt. Rosendo Juarez in the television movie “Juarez” in 1988. Since then, Benjamin has made more than 60 film and TV appearances, and unlike his wife Talisa, is still going as an actor.

Some of his prominent roles include as Captain Ramirez in the Oscar Award-nominated action crime-drama film “Clear and Present Danger”, which starred Harrison Ford, Willem Dafoe, and Anne Archer, then as Detective Rey Curtis in the popular TV crime-drama series “Law & Order” (1995-2009), for which he received a Primetime Emmy Award nomination, while in 2000 he appeared in the multiple Academy Award-winning action thrill film “Traffic”, starring Michael Douglas, Benicio Del Toro, and Catherine Zeta-Jones.

Through 2005 to 2006, Benjamin portrayed Maj. Jim Tisnewski in the TV series “E-Ring”, and in 2007 co-starred in the romantic drama film “Love in the Time of Cholera. He was Jonathan Pangborn in the critically acclaimed film “Doctor Strange” in 2016, and the same year began playing Jahil Rivera in the TV series “Star”, appearing in 33 episodes through 2018.

In recent years, he featured in the musical “Best Summer Ever” in 2020, and is currently working on the TV mini-series “DMZ”, scheduled for its premiere late in 2021.

According to sources, Benjamin Bratt’s net worth has been estimated at over $12 million, as of mid- 2021.