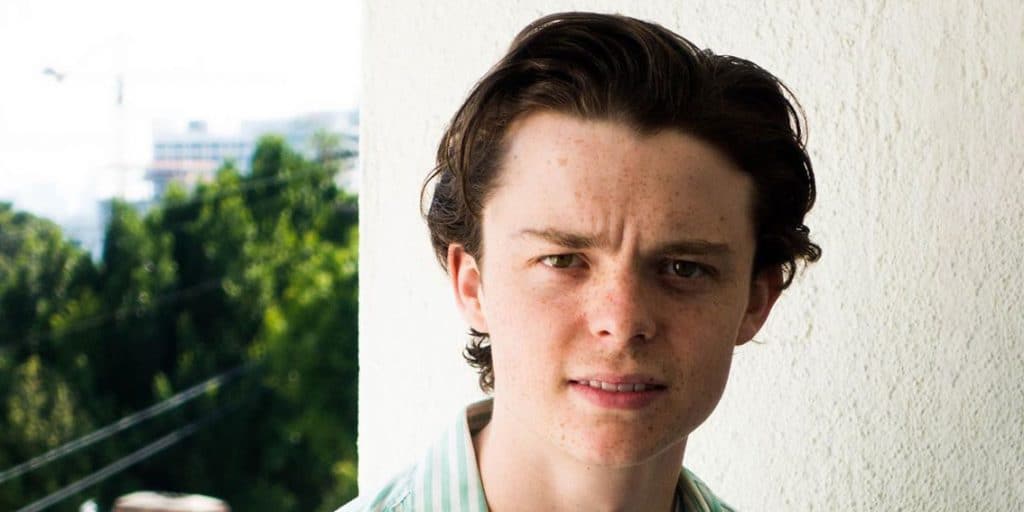 Who is Sam Holland?

Sam Holland was born in London, England, on 14 February 1999 – his zodiac sign is Aquarius and he holds British nationality. He’s an actor, but with just three credits to his name, so he’s probably known best for being the brother of famous British actor Tom Holland.

Sam was raised in London alongside his twin brother Harry and two other brothers Tom and Paddy, by their father Dominic Holland who’s a popular British comedian and author, and their mother Nicola Elizabeth (nee Frost), who’s a professional photographer.

Sam grew up being interested in acting as he looked up to Tom, but soon learned he wasn’t as talented to make acting his full-time job.

Following my Disco Dancer EP I have put together a 1hr mix for the Knee Deep In Sound podcast series ✌🏻Listen here: https://lnk.to/KDISPodcast028

He was interested in sports while attending a local high school, and played for his school’s soccer team. Upon matriculating in 2017, he enrolled at The BRIT School of Performing Arts and Technology, from which he has obtained his Bachelor’s degree just recently in 2021.

Sam made his debut film appearance with his portrayal of Kid in the Tent in the 2012 critically acclaimed historical thriller drama “The Impossible”, written by Sergio G. Sanchez and Maria Belon, directed by J. A. Bayona, and which starred his brother Tom, Ewan McGregor and Naomi Watts. It follows the life of a tourist family who find themselves in Thailand during the 2004 Indian Ocean tsunami. The movie won 28 awards of the 97 for which it was nominated, including an Oscar nomination.

Sam’s more or less secretive when it comes to his love life, but it’s widely known that he was once in a relationship with Elysia Dayman, a British social media personality who has over 23,000 followers on her Instagram account. The two were together for over a year, while Elysia was apparently also close with his family, however, they broke up for undisclosed reasons, and Elysia’s today dating a boy who can be seen featured in some of her Instagram pictures.

Sam hasn’t spoken of any girl whom he could be seeing today, but there are rumors circulating the internet claiming that he’s in a relationship, but is keeping his girlfriend away from the media’s attention. The two have apparently been seen holding hands by some of Sam’s fans, but this hasn’t been confirmed and nor has Sam commented on this.

As of May 2021, he’s single, hasn’t married and doesn’t have children.

Sam’s a philanthropist, and is very active with the charity organization The Brothers Trust, which was founded by his parents. The organization also has a YouTube channel, and Sam has been featured in many videos uploaded onto it.

He plays various sports – his favorite is golf, and some of the other sports he enjoys include soccer, basketball and table tennis.

Sam likes to play cards with his friends in his spare time.

Summer’s his favorite season as he loves being close to water, swimming and going scuba diving.

He’s passionate about travelling, and hopes his acting career will take him all around the world.

Late at night, Sam likes to watch movies starring his favorite actor and actress Tom Hanks and Julia Roberts, such as “Saving Private Ryan”, “The Terminal” and “Notting Hill”.

Who is Tom Holland?

Thomas Stanley ‘Tom’ Holland was born in London on 1 June 1996 – his zodiac sign is Gemini and he holds British nationality. He’s an actor who has appeared in over 30 movies and TV series, while he’s probably known best for his portrayal of the lead character Peter Parker (Spider-Man) in the 2017 action adventure science fiction movie “Spider-Man: Homecoming”, written by 12 people, directed by Jon Watts and which also starred Michael Keaton and Robert Downey Jr.

It follows the life of the high school student Peter who’s also the superhero Spider-Man – the movie won seven of the 17 awards for which it was nominated.

Tom attended the preparatory school Donhead before moving on to Wimbledon College, at which he was bullied because he was a dancer. Upon matriculating, he enrolled at The BRIT School of Performing Arts and Technology, from which he obtained his Bachelor’s degree, while he then decided to focus solely on acting.

Tom gained recognition on 28 June 2008 when he portrayed Michael in the West End play “Billy Elliot the Musical”, while the following three years saw him appear in many other theatre plays. In 2011, he was invited to voice Sho in the English version of the Japanese animated movie “Arrietty”, while the following year saw him make his debut film appearance in the Spanish disaster drama “The Impossible”, for which he won a London Film Critics Circle Award and a National Board of Review Award.

His first lead role was in the 2013 romantic movie “How I Live Now”, while the same year saw him play a supporting character in the psychological drama film “Locke”, which starred Tom Hardy.

His first appearance as Spider-Man was in the 2016 superhero movie “Captain America: Civil War”, which was a huge success grossed more than $1.1 billion worldwide, while Tom was praised for his performance. Some of his following roles were in the Canadian psychological thriller film “Edge of Winter”, the dark fantasy movie “A Monster Calls” both in 2016, and the 2017 Irish medieval film “Pilgrimage”. Most recently, in 2021 he starred in the American crime drama movie “Cherry”.

Tom has recently finished shooting for the upcoming movies “Spider-Man: No Way Home”, and “Uncharted”, set to be released by the end of 2021.

He’s a dog-lover and has a Staffordshire Bull Terrier called Tessa.

In 2016, Tom was in a relationship with Zendaya, a popular American actress alongside whom he starred in the movie “Spider-Man: Homecoming”; the two were together for around half a year. In 2019 he began dating Olivia Bolton, a non-celebrity girl whom he has known since his early teenage years, and they were together for over a year. As of May 2021, Tom’s dating British actress Nadia Parkes.