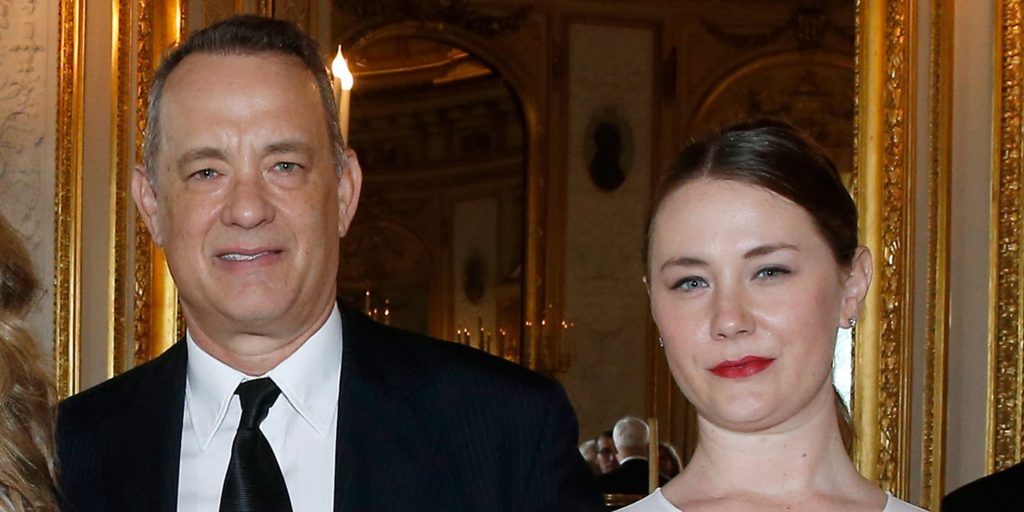 Who is Elizabeth Ann Hanks?

Elizabeth Ann Hanks was born in Los Angeles, California USA on 17 May 1982 – her zodiac sign is Taurus and she holds American nationality. She is an actress and a producer, who is perhaps known best for being the daughter of famous American actor and moviemaker Tom Hanks.

Elizabeth was raised alongside her brother Colin Hanks in Los Angeles, by their father and their mother Samantha Lewes who was an actress, and who died on 13 March 2002 of bone cancer.

Elizabeth became interested in acting at quite an early age, as her parents often took her to watch them shoot for their movies and TV series.

She got to launch her acting career aged 12, when she appeared in the hit romantic drama film “Forrest Gump” in which her father starred alongside Robin Wright and Gary Sinise, and which follows the adventures of the title character whose IQ is 75. The movie is considered to be one of the best of all time, and won 50 awards including six Oscars, while it was nominated for 75 other awards.

Elizabeth went on to attend The Archer School for Girls and around the same time when she enrolled in 1996, she portrayed Bored Girl in Dress Shop in the musical comedy “That Thing You Do!”, written and directed by her father, who also starred in it alongside Liv Tyler and Charlize Theron. It follows a band which had a single hit song in 1964, and its members are now trying to enjoy the fame for as long as they can.

The movie won three awards and was nominated for eight others, including an Oscar.

Upon matriculating in 2001, Elizabeth enrolled at the University of St. Andrews in Scotland, and graduated with a Bachelor’s degree in 2004.

Elizabeth has been staying away from the media’s attention, and not a lot is known about her career since graduation.

She has three other acting credits – in 2005, she starred as Paula in the short movie “Anchoraged”, and in 2019 voiced Angelina the short animated adventure series “Big City Greens”. In the same year, she portrayed Lianne in the pilot of the short series “City Kitties: The Article”, but which wasn’t picked up by any network.

Elizabeth also produced the 2019 short movie “This World & The Next”, and in 2020 she received special thanks for the documentary film “Derek DelGaudio’s in & of Itself”.

Elizabeth hasn’t shared a lot regarding her past and present relationships, but according to some pictures which can be found uploaded onto Facebook she appears to be married.

Elizabeth exchanged vows with her other half sometime in the early 2010s, but she has been keeping the name and profession of her husband hidden from the media’s attention. The two have since been leading a seemingly happy life together and in one of her interviews, Elizabeth explained how she doesn’t want to have children of her own but enjoys being an aunt.

It appears as she has been loyal to her statement as she doesn’t have any children today.

She hasn’t talked about any other men she had perhaps dated before meeting her husband, and as of February 2021, Elizabeth is married to a mysterious man and has no children.

Elizabeth is keen on travelling, and during her teenage years often travelled with her father whenever he was to attend a red carpet event. After marrying her husband, the two went on a honeymoon to Punta Cana, Dominican Republic, and they have since travelled to various US states together, as well as to several European countries including France, England and Portugal.

She is keen on reading and has read numerous books since her teenage years, preferring true stories and historical events. Currently, Elizabeth is working as an editor of children’s books.

She has her own favorite actors and actresses, some of whom are her father, Tom Cruise and Angelina Jolie, and a couple of her favorite movies are “Sleepless in Seattle”, “Top Gun” and “Maleficent”.

Who is Tom Hanks?

Thomas Jeffrey ‘Tom’ Hanks was born in Concord, California USA, on 9 July 1956 – his zodiac sign is Cancer and he holds American nationality. He is the recipient of numerous awards and accolades – he’s been nominated for over 260 awards, winning 90 including two Oscars.

He was raised alongside his three siblings Jim, Larry and Sandra in Concord by their mother Janet Marylyn who was a hospital worker, and their father Amos Mefford Hanks who was an itinerant cook. Tom’s parents divorced when he was four, and he and his two siblings stayed with their father while the youngest child Jim stayed with their mother. Tom studied at Skyline High School at which he began acting, and appeared in various plays including “South Pacific”. Upon matriculating in 1974, he enrolled at Chabot College before moving to California State University, but dropped out months before he was due to graduate with a Bachelor’s degree in theatre. During those four years, Tom often went to a local theatres alone, because he didn’t want anyone to distract him.

His debut film appearance was in the 1980 slasher “He Knows You’re Alone”, then starred in both the film “Mazes and Monsters” and the comedy series “Bosom Buddies”. He went on to appear in many movies, and gained recognition in 1993 with his portrayal of the lead character in the romantic comedy “Sleepless in Seattle” which also starred Meg Ryan, and follows the son of a recently widowed man who calls a radio show hoping to find his father a date. The movie was a hit winning four awards, while it was nominated for 19 others including two Oscars. The same year saw Tom star in another hit movie – “Philadelphia” – and in 1994 he became famous worldwide after he portrayed Forrest Gump.

Most of Tom’s following movies were hits, including the 1995 space docudrama “Apollo 13”, the 1998 epic war film “Saving Private Ryan”, and the 1998 romantic comedy “You’ve Got Mail”. For his performance in the 2000 survival drama “Cast Away”, Tom won a Golden Globe Award for Best Actor, and was nominated for an Oscar. The following year saw him direct and produce what is believed to be the best series of all time, entitled “Band of Brothers”.

Tom went on to star alongside Leonardo DiCaprio in the 2002 biographical crime movie “Catch Me If You Can”, and in 2004, he played the lead character in the comedy “The Terminal”.

The year 2009 saw him star in the mystery thriller “Angels & Demons” based on the eponymous novel by Dan Brown, and a couple of his following notable performances were in the 2013 biographical thriller “Captain Phillips”, the 2015 historical drama “Bridge of Spies”, and the 2016 biographical drama “Sully”. One of his most recent roles has been in the 2020 western drama “News of the World”.

Tom divorced Elizabeth’s mother in 1987, and in the following year married the actress Rita Wilson who gave birth to their son Chester Marlon ‘Chet’ Hanks on 4 August 1990, and then to their second son Truman Theodore in 1995. On 26 July 2020, Tom and his wife were given Greek passports by the Prime Minister of Greece Kyriakos Mitsotakis, because of their ‘exceptional services to Greece’.