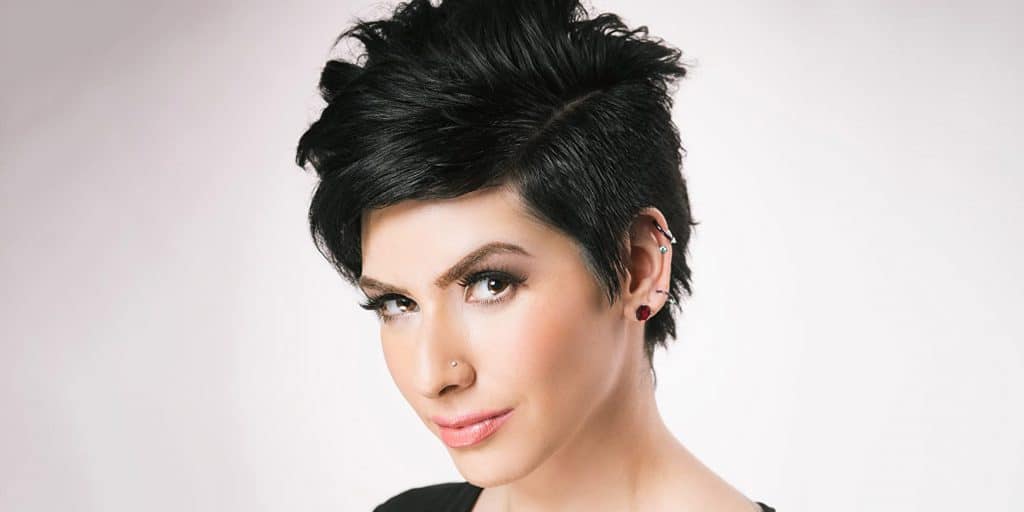 Everything You Need to Know About Fryda Wolff: Height, Age

Fryda Wolff is a famous American voice actress and sound engineer. You might just have heard her voice once or twice from your screens, and are itching to know more about her. She is perhaps best known for voicing Sara Ryder in “Mass Effect: Andromeda”, and Tressa Colzione in “Octopath Traveler”.

Find out more about Fryda Wolff in this biography.

Fryda Maria Wolff was born on 25 May 1982 under the zodiac sign of Gemini, in Las Vegas, Nevada USA. Although Fryda holds American nationality, she has mixed ethnicity of Latino and Native American.

Her mother was born in Mexico City, then migrated to the US when she married Fryda’s father. There are no other details about Fryda’s parents, or any siblings. The Mexican director, Alejandro Andrade – also known as Pease – is her second cousin.

According to Fryda, she was raised to fully experience and appreciate all the parts of her Mexican and American heritage, raised equally in both countries – she spent every summer in Mexico, visiting family around Central Mexico, from childhood until she became a teenager.

She attended an unnamed primary school in Mexico City for her 5th and 6th grade education. As per her high school education, Fryda attended Las Vegas Academy of the Arts High School, when future celebrities Ne-Yo, Baron Vaughn and Rutina Wesley were also students there.

Fryda Wolff graduated high school a year early, at the age of 17. She had dreams of becoming a campaign manager, until she received an offer from EverQuest, which led to building a career in the video game industry. Fryda started gaming at 18, and even though her parents didn’t permit her to have a gaming console, she used her PC to game; she fell in love with it, and was dubbed a geeky gamer.

Fryda studied Political Science in college, but it’s unclear if she graduated.

Fryda Wolff kicked-off her career in the gaming industry in 2003, with the video game developing company EverQuest, as the Customer Service Representative, otherwise known as ‘The Game Master’, for three and a half years.

EverQuest started working on its sequel, “EverQuest 2”, and because the game had enormous amounts of dialogue, a job position for an entry-level Voice Over Implementer opened up at the company – Fryda applied successfully, and was recruited into the Sound Department, where she was mentored by a Lead Sound Designer. After her training, she became a major sound designer and voice integration specialist. Her first prominent work was to modify and integrate sound effects on projects such as “Desert of Flames” (2005), “Prophecy of Ro”, “Kingdom of Sky” and “The Serpent’s Spine” all in 2006, and “The Buried Sea” (2007) .

Fryda spent 12 years working as a sound specialist in the video game industry, before she moved on to concentrate on voice acting.

Fryda actually started voice acting at age 21, making her debut in Sony Entertainment’s “Planetside” released in May 2003. It then took a back seat until she voiced Bia and Tasuil in “Heroes of Newerth” (2010), followed by “Rift” in 2011.

Later in 2015, she worked with Obsidian Entertainment, joining the “Fallout 4” cast, in which she voiced female Vault 81 security officers, and rejoined the cast in 2018 for the sequel “Fallout 76”, and again in 2020 for its further sequel “Fallout 76: Wastelanders”.

In “Mass Effect: Andromeda” (2017) Fryda Wolff voiced Sara Ryder, the newbie military recruit who sleeps off and wakes in another galaxy.

After the SAG-AFTRA (Screen Actors Guild-American Federation of Television and Radio Artists) strike of October 2016, Fryda broadened her focus to include voice acting gigs outside the gaming industry.

Fryda Wolff is represented by the Atlas Talent Agency.

When asked in an interview what advice she would give to women who aspire to work in the video game industry, she referred to Tina Fey’s comments on building a formidable team – ‘surround yourself with people whose face you want to see at four in the morning’.

The African-American comedian Baron Vaughn, was one of Fryda’s first friends in freshman year, and they continue to maintain a close friendship to date. However, she keeps her love life private.

There’s a history of breast cancer in Fryda’s genealogy – her mother had it at 48. In May of 2018, Fryda was diagnosed with pre-cancer, and she reacted to the news by immediately conducting a triage, to curb the spread of the disease.

Twitter is the only social media platform Fryda uses – @FreeTheWolfVO – and she has over 5,000 followers.

Fryda Wolff is 5ft 6ins (1.67m) tall, and weighs around 132lbs (60kgs). She used to have long black hair, but she now sports a pixie cut, which outlines her face perfectly, complimenting her nose ring, and alternates between black, grey and blonde. Her eyes are a hazel brown shade.

At the time of this writing in late 2021, the 39-year old Fryda Wolff has an estimated net worth of $19 million, after working in the gaming industry for more than two decades. There are currently no details of property owned by the voice actor.