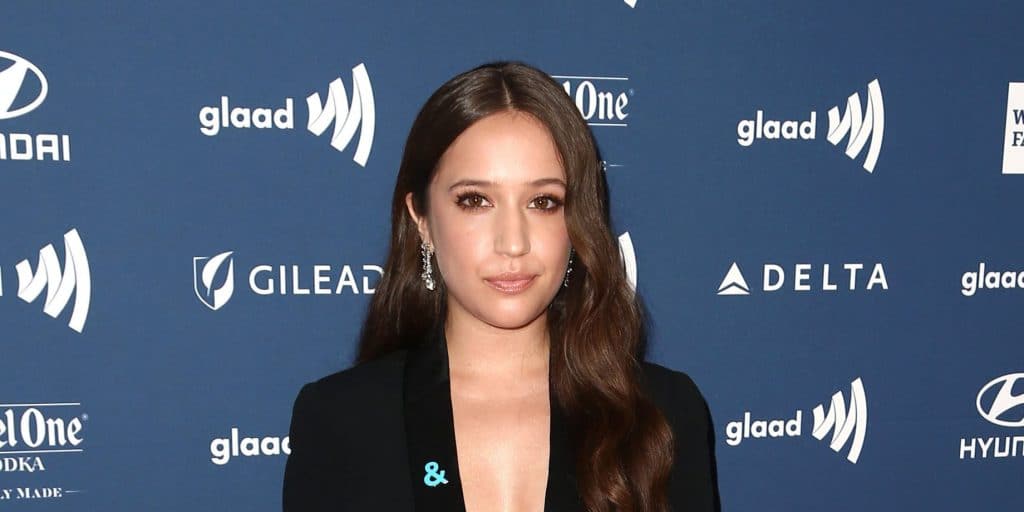 Who is Gideon Adlon?

Gideon Adlon was born in the USA, on 30 March 1997 – her zodiac sign is Aries and she holds both American and German nationality. She is an actress who is perhaps known best for her portrayal of the lead character Sam in the 2018 comedy movie “Blockers” – her debut film appearance – written by Brian Kehoe and Jim Kehoe, directed by Kay Cannon and which also starred Leslie Mann, John Cena and Ike Barinholtz. It follows three parents as they are trying to stop their daughters from sleeping with their boyfriends on prom night. The movie was nominated for seven awards, winning one.

Gideon was raised in Los Angeles, California alongside her sisters Valentine ‘Rocky’ Adlon and Odessa, by their mother Pamela and their father Felix O. Adlon. Felix is a film director while Pamela is a noted actress, film producer and director, probably still known best for her voicing of Bobby Hill in the animated sitcom “King of the Hill”, which aired from 1997 to 2010. For her performance in the series, Pamela won a Primetime Emmy Award.

Many other members of Gideon’s family are also part of the film industry, as her paternal grandfather, Percy Adlon is a German filmmaker, while her maternal grandfather Don Segall is a film writer and producer.

Gideon became interested in acting while still attending elementary school, and the same year that she enrolled at a local high school in 2011, she made her debut TV series appearance in the episode “Niece” of the critically acclaimed comedy series “Louie”, created by Louis C. K. who also starred in it alongside Hadley Delany and Ursula Parker. It follows the life of a divorced comedian raising his two children in New York, and the series won 20 awards while it was nominated for 87 others, including two Golden Globes. Gideon matriculated in 2015 and then enrolled at Columbia College, Chicago to study photography, however, she quit after a year to focus on acting.

The year 2017, saw her star at Teenaged Annie Jones in the episode “Night III: Parts IV and V” of the drama mini-series “When We Rise”, while in the same year she portrayed Tracy in two episodes of the crime drama “American Crime”, which starred Felicity Huffman, Regina King and Timothy Hutton, and was very successful in winning 14 awards while being nominated for 90 others, including five Golden Globes.

Gideon gained recognition in 2019, when cast to play the lead character Becca Gelb, in all 10 episodes of the mystery science fiction drama “The Society”, created by Christopher Keyser and which also starred Kathryn Newton and Sean Berdy. It follows many teenagers who have to survive on their own after everyone else from their town disappears.

Her two most recent roles in TV series have been in the 2020 episode “Carry Me Home” of the adventure “Day by Day”, and the 2020 episode “The Matter Transfer Array” of the animated science fiction comedy “Solar Opposites” in which she voiced Lydia.

In 2019, Gideon appeared as Martha in the drama “The Mustang”, written and directed by Laure de Clermont-Tonnerre, and which starred Matthias Schoenaerts, Jason Mitchell and Bruce Dern.

It follows the convict Roman Coleman who starts to change after entering a rehabilitation program that requires him to train wild horses; the movie won six out of 15 awards it was nominated for. In the same year, Gideon portrayed Haley in the thriller “Skin in the Game”, written and directed by Adisa, and which starred Angelica Celaya, Sammi Hanratty and Elisabeth Harnois. It follows Dani who was abducted from the streets aged 15 and thrown into the world of human trafficking. The movie won two awards and was nominated for one other.

Gideon’s only other film role has been in the 2020 fantasy horror drama “The Craft: Legacy” written and directed by Zoe Lister-Jones, and in which she starred alongside Cailee Spaeny and Zoey Luna. It follows several teenage girls who create a coven of witches.

She is currently shooting for the upcoming fantasy horror thriller “Witch Hunt”, set to be released in the UK on 29 March 2021.

She also voiced Violet in the 2018 video game “The Walking Dead: The Final Season”.

Gideon is more or less secretive when it comes to her love life but it’s known that she’s been in a relationship with her high school sweetheart Boris V. Stoimenov for around five years now. They met at a party organized by a mutual friend and since 2015 could’ve been seen appearing together at various events. Boris is a non-celebrity boy who prefers to stay away from the media’s attention, but it appears as he is interested in photography.

There are rumors circulating the internet claiming that Gideon is a lesbian, however, these were proven to be false the moment she announced she was dating Boris. She hasn’t spoken about any other men she has perhaps been with, so as of February 2021, Gideon is dating Boris V. Stoimenov, she hasn’t married and doesn’t have children.

Gideon loves summer as she likes to go swimming and scuba diving, and is also keen on playing beach volleyball and soccer. She enjoys playing various other sports, and is said to be good at roller-skating and ice skating too.

Her favorite drink is wine.

She became interested in reading books while attending elementary school, and has recently urged people to support their local book stores and stop shopping for books on the internet.

Although not interested in politics, Gideon has recently expressed her dissatisfaction with how the former President of the United States of America Donald Trump ran the country.

In her spare time, Gideon enjoys watching films – her favorite actor and actress are Matt Damon and Anne Hathaway, while a couple of her favorite movies are “Good Will Hunting”, “Saving Private Ryan” and “Les Miserables”.