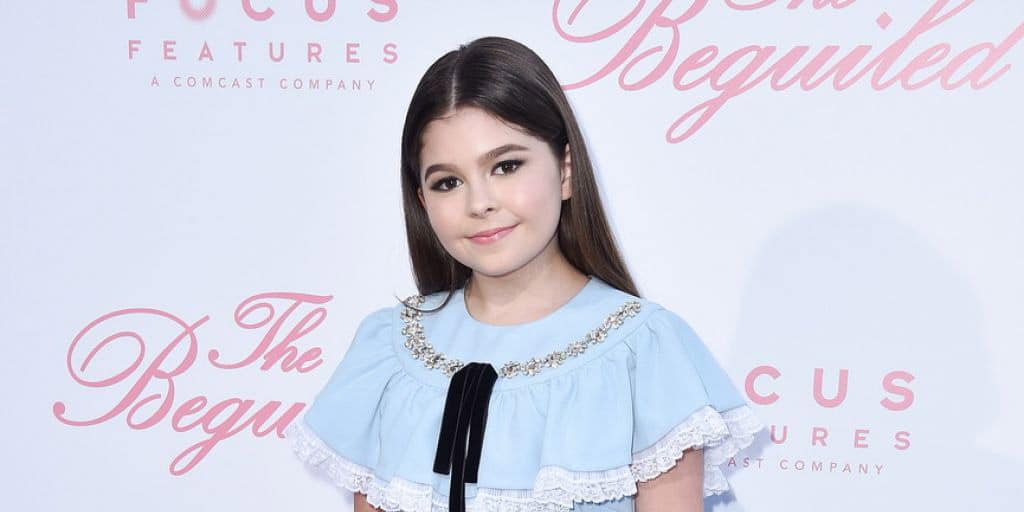 Who is Addison Riecke?

Addison Riecke was born in Covington, Louisiana USA, on 26 January 2004 – her zodiac sign is Aquarius, and she holds American nationality. She’s an actress and a singer, who’s probably known best for her portrayal of one of the lead characters Nora Thunderman, in the action comedy series “The Thundermans”. Created by Jed Springarn, it aired from 2013 to 2018, and also starred Kira Kosarin and Jack Griffo. The series follows a twin brother and sister who have superpowers, but entirely different personalities. It won two of the 18 awards for which it was nominated.

Addison was raised in Covington by her parents, who prefer to be left out of the media’s attention, thus nothing about them is known. She hasn’t mentioned having any siblings, so Addison is widely believed to be an only child.

She was four years old when she became interested in playing musical instruments, singing and acting, and was eight when she started appearing in commercials for companies such as PlayStation and Lunchables. Her parents supported Addison’s interests, and took her to all the auditions which she wanted to attend. She practiced her acting and dancing skills at Drama Camp and the Kehoe-France Camp, and in August 2011, she enrolled at John Robert’s Performing Arts Academy.

Addison launched her acting career in 2013, with her portrayal of Tough Girl #1, in the episode “How to Have a Playdate” of the popular comedy series “How to Live with Your Parents (For the Rest of Your Life)”. Created by Claudia Lonow, it starred Sarah Chalke, Elizabeth Perkins and Jon Dore, and followed the life of a woman who has moved back in with her parents.

Addison’s currently attending a local high school, and it’s believed by many that she won’t be pursuing a college degree after (and if) she matriculates in 2022.

Addison has seven acting credits, including the two mentioned above.

In 2014, she played Nora Thunderman in the episode “Haunted Thundermans: Part 2” of the family fantasy comedy series “The Haunted Hathaways”, which aired from 2013 to 2015, was created by Robert Peacock, and starred Chico Benymon, Ginifer King and Amber Frank. It follows the family Hathaways who have just moved to New Orleans from New York, and have discovered that there’s a family of ghosts living in their new house. The series was quite popular, winning three of the 11 awards for which it was nominated.

The year 2015 saw Addison make her debut film appearance with her portrayal of Snowflake in the comedy “Nickelodeon’s Ho Ho Holiday Special”, and 2017 saw her play Marie in the critically acclaimed thriller war movie “The Beguiled”.

It was written and directed by Sofia Coppola based on the novel by Thomas Cullinan, and starred Nicole Kidman, Elle Fanning and Kirsten Dunst. Set during the American Civil War, the film follows a wounded Union soldier who has arrived at a girls school in Virginia; it won five of the 34 awards for which it was nominated. In 2018, Addison played the supporting character Agnes in the comedy movie “Banana Split”, which follows two girls who are best friends, with the only problem being that one of them is dating the other’s ex-boyfriend. It won three of the seven awards for which it was nominated.

Addison’s only other role has been her portrayal of Cathy Fitzroy, one of the lead characters, in the historical mystery series “A Girl Named Jo”. It also starred Jules LeBlanc and Bella Shepard, and follows two girls living in the ‘60s, who have just unraveled a dark secret in their hometown of Attaway.

Addison has made a guest appearance in various talk-shows, such as “Quiet on the Set”, “Q N’ A with Mikki and Shay” and “Piper’s Picks TV”.

In 2017, Addison and her fellow actors and actresses won an International Online Cinema Halfway Award for Best Ensemble Cast, for their performance in the movie “The Beguiled”.

In 2018, she and her colleagues were nominated for a Faro Island Film Festival Golden Carp Film Award – International for Best Ensemble Performance, for “Beguiled” as well.

Addison’s very secretive when it comes to her love life, and it appears that she’s decided early on in her career, that she would be keeping her private matters to herself.

However, there are still rumors circulating the internet concerning her sexual orientation, and the boys (and girls) whom she has perhaps been with. Some believe that the actress has been in a couple of short-term relationships with her fellow actors, but that none lasted for longer than a month. Others claim that she has perhaps dated a couple of her fellow actresses, and that it’s possible that Addison’s a lesbian. She is a supporter of the LGBT community, but hasn’t addressed the rumors concerning her sexual orientation.

As of May 2021, Addison appears to be single, and seems to be straight.

Addison’s highly active on Instagram, as she enjoys the attention she’s getting from her 2.3 million followers. She’s uploaded over 120 pictures, most taken during her everyday life.

Summer is her favorite season, mostly because she enjoys sun tanning at the beach, swimming in the ocean, and playing beach volleyball. Addison also likes winter, mostly because of snow.

She’s a fashionista, and is trying to keep up with all the latest fashion trends, so she’s a shopaholic, and goes shopping for clothes at least once a week.

Addison has her own favorite actors and actresses, some of whom are Leonardo DiCaprio, Eddie Redmayne and Sandra Bullock, and a couple of her favorite movies are “Titanic”, “Les Miserables” and “The Proposal”.