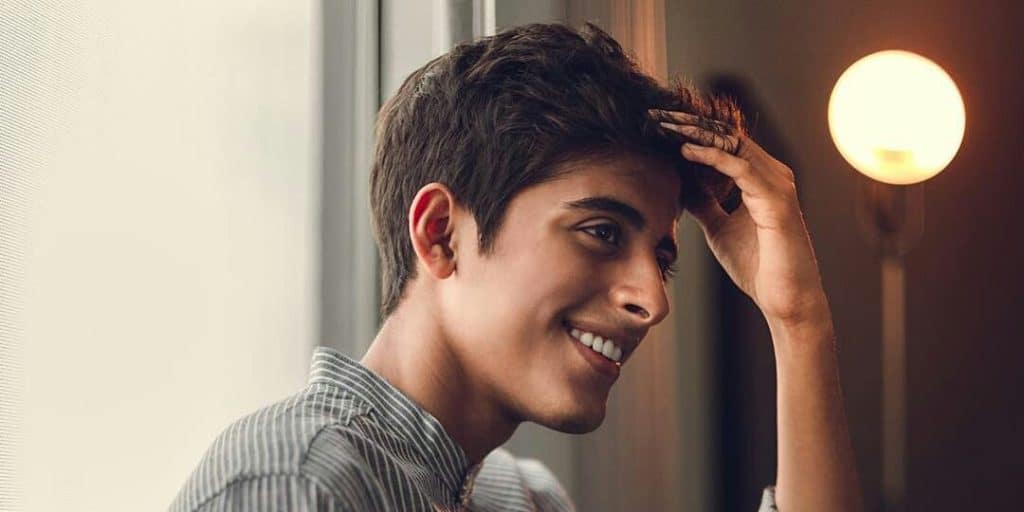 Who is Karan Brar?

Karan Brar was born in Redmond, Washington State USA, on 18 January 1999 – his zodiac sign is Capricorn, and he holds American nationality. He’s an actor with more than 30 credits to his name, while he’s perhaps still known best for his portrayal of the supporting character Chirag Gupta, in the 2010 family comedy movie “Diary of a Wimpy Kid”. Directed by Thor Freudenthal, it starred Zachary Gordon, Robert Capron and Rachael Harris, and follows a 12-year-old boy who’s transitioning from elementary to middle school; the film won five of the 14 awards for which it was nominated.

Karan was raised in Bothell, Washington alongside his older sister Sabreena, by their father Jasbinder and mother Harinder Brar, both of whom are of Indian descent.

He became interested in acting around the time when he enrolled at Cedar Wood Elementary School, and was only 11 years old when he made his debut film appearance.

Karan continued acting throughout his entire education, while he honed his skills at the workshops of Patti Kalles and John Robert Powers.

Karan studied at a local high school, and upon matriculating in 2017, chose to focus on acting rather than to pursue a college degree.

Karan had actually made his debut TV series appearance in the 2011 family drama “Disney Monstober”, and the following years saw him make a guest appearance in an episode of several series, including the family fantasy comedy “Pair of Kings”, and the family comedy “Austin & Ally”.

In 2013, we heard him voice Prince Zandar in four episodes of the animated family adventure “Sofia the First”, created by Craig Gerber, and which starred Ariel Winter, Laura Dickinson and Darcy Rose Byrnes. It follows Sofia, whose mother has married a king, and the series won 10 of the 26 awards for which it was nominated, including two Primetime Emmy nominations. Karan’s following role was another voice role, in an episode of the animated action adventure “Ultimate Spider-Man”.

Between 2011 and 2015, he starred as Ravi Ross in the family comedy “Jessie”, created by Pamela Eells and Phil Baker, and which also starred Debby Ryan and Peyton List.

It follows a teenager from Texas, who has moved to New York City to pursue her dreams, but has found herself babysitting for a high profile couple; the series won two of the 14 awards for which it was nominated. Karan was then invited to make a guest appearance in single episodes of many series, such as the romantic drama “The Night Shift”, the comedy “Champions”, and the drama “Epic Night”.

Three of Karan’s most recent TV series roles have been in 59 episodes of the family comedy “Bunk’d” since 2015, 18 episodes of the short animated adventure “Mira, Royal Detective” since 2020 (voice role), and the 2021 episode “Disgraced” of the comedy drama “Youth & Consequences”.

In 2012, Karan was cast to play Caps in the family comedy drama “Chilly Christmas”, and in 2014, he voiced Mason in the popular animated adventure comedy “Mr. Peabody & Sherman”, directed by Rob Minkoff, and which starred Ty Burrell, Max Charles and Stephen Colbert. The film follows an intelligent dog and his adopted son, who are trying to fix a time rift which they created while travelling through time; it won two of the 18 awards for which it was nominated.

A couple of Karan’s following roles were in the 2014 short musical “Disney’s Circle of Stars: Do You Want to Build a Snowman”, the 2015 family adventure comedy “Invisible Sister”, and the 2018 action science fiction adventure “Pacific Rim: Uprising”.

Also in 2018, he starred as Brandon in the short drama “When I’ve Wanted to Die”, written and directed by Anna Akana, who also starred in it alongside Karan and Will Akana.

Three of Karan’s most recent film roles have been in 2020, in the  comedy “The F**k-It List”, the comedy “The Argument”, and themystery comedy “Hubie Halloween”.

He has made a guest appearance in a number of talk-shows, such as “Teens Wanna Know”, “Red Carpet Report” and “Home & Family”.

Karan has also been nominated for three other Young Artist Awards, two Kids’ Choice Awards, and a National Association for the Advancement of Colored People Image Award.

Karan’s more or less secretive when it comes to his love life, but it’s widely known that he was in a long-term relationship with popular American actress Sophie Reynolds, who’s perhaps known best for her portrayal of Ashley Parker, in the comedy series “Gamer’s Guide to Pretty Much Everything”, which aired from 2015 to 2017. The two met in 2016, on the set of a TV series, and started dating after a month. They broke up in 2020, but during the four years they spent as a couple, the two could’ve been seen attending most of their red carpet events together.

As of August 2021, Karan seems to be single, hasn’t married, and doesn’t have children.

Karan’s highly active on Instagram, as he appears to be enjoying the attention which he’s receiving from his close to five million followers. He’s uploaded nearly 400 pictures, the majority of which have been taken during his everyday life.

We stay rising for those who rose before us. #IStandWithImmigrants Today. Tomorrow. And Always. I Am An Immigrant

Summer is his favorite season, as he loves to go yachting with his friends, and enjoys swimming in the ocean, as well as playing beach soccer and volleyball.

Karan loves to travel, and his acting career has taken him to various US states, as well as a couple of European countries. He’s also been to India in Asia on multiple occasions, to learn about his roots.

He has his own favorite actors and actresses, some of whom are Adam Sandler, Al Pacino and Angelina Jolie, and a couple of his favorite movies are “50 First Dates”, “Scent of a Woman” and “Mr. and Mrs Smith”.