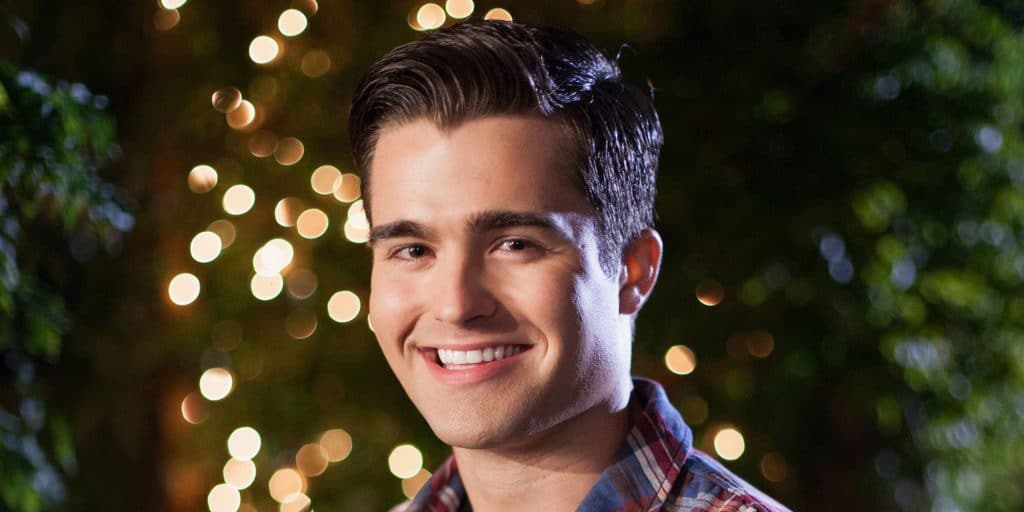 How Old is Spencer Boldman? Age, Wife, Net Worth, Biography

Spencer Boldman is an American actor, who is perhaps best known for his role as Adam Davenport in the American TV series “Lab Rats” from 2012 through 2016.

Are you interested in getting the low-down on Spencer’s life? Then, keep reading!

Spencer Thomas Boldman was born on 28 July 1992 under the Leo zodiac sign, in Dallas, Texas USA. He is of mixed ethnicity, having traces of German, English, Scottish and Northern Irish ancestry, but is of American nationality.

Soon after Spencer was born, the family moved to the suburbs of Plano in North Texas, where Spencer and his older brother Jake were raised by their parents, Michael and Laura Boldman.

In middle school, Spencer’s teacher had taken note of his performance during theater class, and convinced him to take part in an audition for his school’s production of the classical play, “A Midsummer Night’s Dream”. He did, and landed a lead role in the play, thereby discovering a love for acting.

Spencer took Advanced Placement (AP) English classes in high school, which helped him cultivate a reading habit. He and his friends also played sports. In June of 2010, he matriculated from Plano East Senior High School, however, there’s no indication that he furthered his education.

Spencer’s career as an actor spans roles in both television dramas and films.

Within a month of meeting a talent manager, Spencer landed his first role in a TV show, so officially launching his acting career when he played Nate in an episode of “iCarly” in 2009. Next, he played Bryce Johnson in three episodes of “I’m In The Band” (2010-11), and reprised his role in its sequel movie, “Cowgirls ‘n Angels: Dakota’s Summer” in 2014.

Not long after, Spencer landed the lead role of Adam Davenport in “Lab Rats”, an American comedy series created by Chris Peterson and Bryan Moore. The series aired on Disney XD from February 2012 through February 2016, and co-starred Billy Unger, Kelli Berglund and Hal Sparks.

The following year, he was Ted Hoover in “Jessie”, and in 2014 Spencer played Jackson, the love interest of Zoey Stevens in “Zapped”, a Disney Channel Original movie directed by Peter DeLuise, and also starring Zendaya, Chanelle Peloso and Emilia McCarthy.

Most recently, he starred in “Cruise”, an American romantic comedy set in the summer of 1987, playing Gio Fortunato opposite Emily Ratajkowski, and also starring Lucas Salvagno and Noah Robbins.

The film was written and directed by Robert D. Siegel, and has an approval rating of 38% on Rotten Tomatoes based on the reviews from film critics.

Meantime, Spencer dreams of someday working on set alongside his idol, Leonardo DiCaprio.

Spencer Boldman had a place in the industry by the time he was 17, so it made sense for people within his age grade to follow him on social media, especially as he was catering to a teenage audience. He is active on both Twitter and Instagram, on which he interacts with fans, gives updates on upcoming projects and shares snippets of his personal life.

On Instagram, Spencer has 1.1 million followers, while he has over 230,000 on Twitter. He’s verified on both social media platforms, which makes him a public figure.

During the years following the release of “Lab Rats”, Spencer was rumoured to be dating his on-screen sister, Kelli Berglund, as they were closer than the rest of the cast. Over time, the rumors dissipated, but the duo have remained friends.

For a long time, the actor has been a close friend of Debby Ryan, and at some point it was rumoured that they were dating, however, they’ve neither confirmed nor denied the rumor.

Spencer appears to be keeping his love life under wraps. In an interview, Spence revealed what quality his ideal girlfriend would possess, saying ‘if a girl can make me laugh, that’s really attractive to me’. He’s currently single, hasn’t married and doesn’t have kids.

Spencer refers to his family as a great support system, which has always helped him get through dark times- especially when he was starting out in the industry. He advises young actors to stay true to themselves and their families or they might get lost.

From the time Spencer first appeared on iCarly to this moment, the actor’s looks have changed dramatically. Now standing tall at 6ft 2ins (1.88m) and weighing about 170lbs (77kgs), Spencer also sports shoulder length dark brown hair, and eyes of the same color.

He also appears to be a regular at the local gym, given his chiseled abs and toned body, which has earned him the admiration of female fans. For red carpet events, Spencer shows up in classy tuxedos, but away from the paparazzi, he steps out in clean button-down shirts with shorts.

For over a decade, Spencer Boldman has graced our television screens with stellar performances. At the time of this writing in mid-2021, he has a net worth of an estimated $2 million, accumulated from his main source of income, which is acting. Details of property owned by Spencer or his family is unavailable at this time.