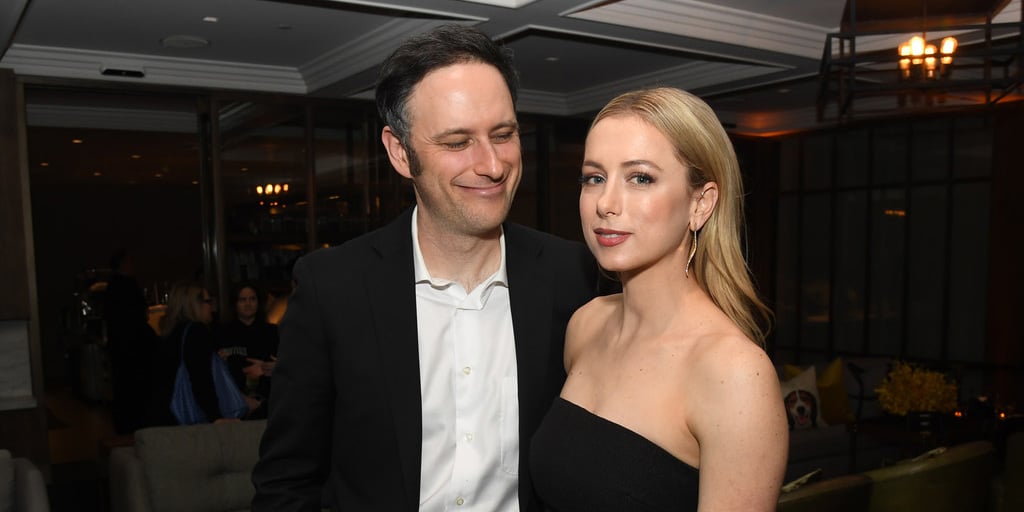 Who is Noah Galuten?

Noah Galuten was born in Santa Monica, California USA, on 21 September 1982 – his zodiac sign is Virgo and he holds American nationality. Noah is a writer, food blogger and chef, but who might be known best for being the husband of Iliza Shlesinger, a famous American actress, TV host and comedienne.

Noah was raised alongside his younger brother Jason, also now a chef, in Santa Monica by their mother Nancy Lyons who is a garden designer, and their father Albhy Galuten who is a musician and a music producer.

Noah became interested in music while attending elementary school, as his father occasionally took him along while working at a studio. He studied at Santa Monica High School, at which he became interested in acting and was a member of the school’s drama club, appearing in many plays performed at the school. This is one of the reasons why, upon matriculating in 2000, Noah enrolled at the University of California, Los Angeles, from which he graduated with a Bachelor of Arts degree in theatre in 2004.

After graduating, Noah moved to New York to pursue a career as a playwright, however, he soon learned he wasn’t fit for the job, and turned to blogging.

He created his blog “Man Bites World”, and went on to travel around the US eating at various restaurants, and writing about them and their dishes on his blog. He is considered to be one of the best and most popular food bloggers in the US.

Noah is also a chef, who is currently working at Los Angeles’ Bludso’s Bar & Que.

He and Jeremy Fox together published their first and so far only cookbook – “On Vegetables: Modern Recipes for the Home Kitchen” – on 17 April 2017.

Noah is also a TV personality who appeared in his first TV show “Chopped” in 2016 (only a single episode). In 2018, he was invited to appear in three episodes of the documentary series “Food: Fact or Fiction?”, while the year 2020 saw him appear in the talk-show “The Talk”.

Noah has also appeared in two 2020 episodes of the news talk-show “Celebrity Page”.

Noah met Iliza Shlesinger in 2017 after they were introduced by a mutual friend, and on 12 May 2018, the two married in a private Jewish ceremony attended by many of their friends and family members, at South Park City Centre. It appears that Noah and Iliza have agreed not to have children, but to instead focus on their careers.

Noah hasn’t talked about any other women he might have dated, but it’s widely known that Iliza was once in a relationship with American stand-up comedian Bret Ernst. They dated for over a year before splitting ways for unknown reasons.

As of January 2021, Noah is married to Iliza Shlesinger; they don’t have children.

One of Noah’s favorite things to do is to run his social media accounts all by himself. He mostly uploads pictures of foods and recipes, as well as of his wife, while one can find a couple of pictures featuring his dog.

Noah is very passionate about travelling, and his work as a blogger and food enthusiast has taken him all around the US while he has also visited various European countries such as England, Italy and Greece. He is very fond of Italian cuisine and their pasta and pizza.

He is physically quite active and has several training sessions at the gym each week.

In his spare time, Noah likes to watch movies, and some of his favorite actors and actresses are Robert De Niro, Natalie Portman and Scarlet Johansson, while a couple of his favorite movies are “The Godfather”, “V for Vendetta” and “Lost in Translation”.

Who is Iliza Shlesinger?

Iliza Vie Shlesinger was born in New York City, USA, on 22 February 1983 to Jewish parents – her zodiac sign is Pisces and she holds American nationality. She might still be known best for having won the competitive reality TV show “Last Comic Standing” back in 2008.

Iliza was raised in Dallas, Texas as her family moved there not long after she was born. She studied at Greenhill School, and was mostly interested in learning new languages, thus her knowledge of Mandarin Chinese and Spanish. It was around this time that Iliza became interested in comedy, and joined Greenhill’s improvisation team. She went on to join the improv comedy organization ComedySportz, and performed with them around Dallas. Upon matriculating in 2001, Iliza enrolled at the University of Kansas, moving to Emerson College in Boston, Massachusetts after a single semester, graduating with a Bachelor’s degree in film in 2005.

My fun interview with the relentlessly talented @iliza for @njdotcom ahead of her huge NJ drive-in concert this Thursday. Come for the coronavirus chat, stay for the wedding advice! See it in today's @starledger too! https://t.co/3uVpYfOBDJ

As soon as she obtained her degree, Noah found herself in Los Angeles, California, chasing her dreams of becoming a famous stand-up comedian. She soon joined the group Whiteboy Comedy, and became one of its most popular members. Iliza won her first comedy contest “So You Think You’re Funny” in 2007, and was invited to appear in the TV show “Myspace Girl of the Week”. After becoming somewhat popular, Iliza appear in various talk-shows, such as “Celebrity 100”, “John Oliver’s New York Stand Up Show” and “America’s Next Top Producer”.

She hosted the show “The Weekly News” for five years from July 2007 to April 2012 and then went on to host the dating competition show “Excused”. Meantime the year 2009 heard her narrating the documentary movie “Imagine It! The Power of Imagination”.

She has been credited with 13 roles in TV series and movies, while her most notable performance has most likely been in the 2013 comedy film “Paradise”, written and directed by Diablo Cody, and which follows the life of a conservative woman after surviving a plane crash.

In August 2014, Noah started hosting her podcast “Truth and Eliza” which she’s still hosting today. The podcast was turned into a late night show on 2 May 2017, but aired only six episodes because of poor ratings.

Noah has recorded five stand-up comedy albums and specials for Netflix, such as “War Paint”, “Confirmed Kills” and “Unveiled”. She starred in the 2020 Netflix action comedy movie “Spenser Confidential”.

She published her first and so far only book “Girl Logic: The Genius and the Absurdity” on 7 November 2017.