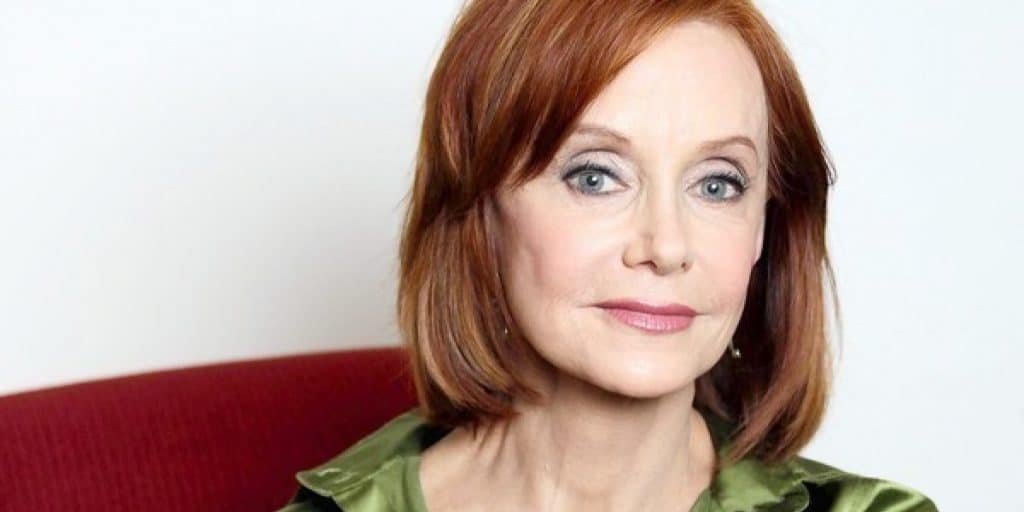 Who is Swoosie Kurtz?

Swoosie Kurtz was born in Omaha, Nebraska USA, on 6 September 1944 – her zodiac sign is Virgo, and she holds American nationality. She’s an actress with close to 100 credits to her name, while she’s perhaps still known best for her portrayal of the main character, Mrs. Livingston, in the 2001 romantic adventure comedy “Bubble Boy”. It was directed by Blair Hayes, also starred Jake Gyllenhaal and Marley Shelton, and follows Bubble Boy who has spent his entire life living in a bubble, because he doesn’t have an immune system.

Swoosie was raised an only child in Omaha, by her father Frank Allen Kurtz Jr., who was a US Air Force Colonel and a bomber pilot during Second World War, and her mother Margaret ‘Margo’ (nee Rogers) who was an author; Swoosie’s father died in 1996, aged 85, and her mother died in 2019, aged 104.

The family often moved because of Frank’s job, and Swoosie attended various elementary schools. She was around 10 years old when she became interested in acting, and was 12 when she made her debut TV series appearance, with her portrayal of Ellie Bradley, in the romantic drama “As the World Turns”. She then focused on her education, and upon matriculating in 1962, Swoosie enrolled at the University of Southern California, from which she graduated with a Bachelor of Arts degree in drama in 1966.

She continued her education at the London Academy of Music and Dramatic Art, graduating with a Master’s degree in 1968.

The ‘70s saw Swoosie appear in only a couple of TV series, including the action crime drama “Kojak”, the romantic drama “The Doctors”, and the drama “Great Performances”.

She gained recognition in 1981, when she was cast to star as Laurie Morgan in the comedy “Love, Sidney”, created by Oliver Hailey, and which also starred Tony Randall and Kaleena Kiff. It follows the life of a gay artist, who’s living in a New York apartment with a woman and her daughter; the series was nominated for 10 awards, including three Primetime Emmys.

Swoosie appeared in only one other series in the ‘80s: the episode “The Visit” of the comedy “Trying Times”, then between 1991 and 1996, she portrayed the lead character Alex Reed Barker in all the 127 episodes of the drama “Sisters”, created by Daniel Lipman and Ron Cowen, and which also starred Patricia Kalember and Sela Ward. It follows the four Reed sisters who are living in Winnetka, Illinois, and the series won four awards, including a Primetime Emmy, while it was nominated for 21 other awards.

Swoosie was then invited to appear in an episode or two of various series, such as the comedy “Party Girl”, the comedy “Suddenly Susan”, and the romantic drama “ER”.

The 2000s saw her appear in numerous series, while her most notable performance was perhaps her portrayal of Madeleine Sullivan in the comedy drama “Huff”. It follows Craig Huffstodt, a psychiatrist who’s going through a midlife crisis, and the series won eight awards, including three Primetime Emmys, while it was nominated for 12 other awards. Her other notable performance was her portrayal of Lily Charles between 2007 and 2009, in the fantasy comedy drama “Pushing Daisies”.

Between 2010 and 2016, Swoosie starred as Joyce Flynn, in all the 127 episodes of the comedy “Mike & Molly”, which follows a man and woman who meet at an Overeater’s Anonymous meeting, and fall in love; it won seven of the 23 awards for which it was nominated.

A couple of Swoosie’s most recent roles in TV series have been in 2021, in the comedy “Call Me Kat”, and the animated comedies “American Dad!” and “Bless the Harts”, both voice roles.

She made her debut film appearance in 1967, with her portrayal of Girl in Turtleneck in the comedy “The Tiger Makes Out”, while Swoosie’s first notable performance was in the 1977 sports comedy drama “Slap Shot”. It starred Paul Newman and Michael Ontkean, and follows the members of an unsuccessful ice hockey team; the movie won one of the three awards for which it was nominated.

The ‘80s saw Swoosie appear in numerous movies, with some of most popular amongst these being the 1982 comedy drama “The World According to Garp”, the 1984 action crime adventure “Against All Odds”, and the 1986 musical comedy “True Stories”.

In 1993, she starred as Mrs Johnstone in the historical drama “And the Band Played On”, directed by Roger Spottiswoode, and which starred Matthew Modine, Alan Alda and Patrick Bauchau. It follows the identification of the HIV pandemic, and the movie won 14 awards, including three Primetime Emmys, while it was nominated for 23 other awards.

The 2000s saw her appear in over 10 movies, with some of the most popular amongst these having been the 2002 romantic comedy “The Rules of Attraction”, the 2003 comedy “Duplex”, and the 2009 drama “An Englishman in New York”.

Since then, Swoosie has mostly been focused on appearing in TV series, while a couple of her most recent movie roles have been in the 2016 comedy “Furst Born”, the 2017 comedy “Charlie Foxtrot”, and the 2018 romantic comedy “Overboard”.

Swoosie received special thanks for the 2002 drama movie “The Guys”.

She has been featured in numerous documentaries, such as the 1990 series “Intimate Portrait”, the 2006 series “Working in the Theatre”, and the 2009 short video “Hope and Miracles: The Making of ‘Living Proof’”.

In 1981, Swoosie sang the song “Friends Forever” in the movie “Love, Sidney”, and in 2018, she performed “Three Little Maids from School” in the movie “Overboard”.

She has made a guest appearance in many talk-shows, most recently in “Extra with Billy Bush”, “Home & Family” and “Celebrity Page”, all in 2018.

Swoosie won two Tony Awards for Best Actress (Featured Role – Play), for her performance in the Broadway plays “Fifth of July” in 1981, and “The House of Blue Leaves” in 1986.

She has been nominated for 10 Primetime Emmy Awards, winning one in 1990 for Outstanding Guest Actress in a Comedy Series, for her performance in “Carol & Company”.

Swoosie has also been nominated for two Online Film & Television Association Awards, winning one in 2006 for Best Guest Actress in a Drama Series for her performance in “Huff”.

Swoosie prefers to keep the details of her love life to herself, and has only spoken of a single man whom she has been with.

In 1964, she met Joshua White, an American TV director, video maker and artist. They began dating a week after meeting, and were together for the following six years. Swoosie and Joshua attended most of their red carpet events together, and there were rumors claiming that they were also planning to marry, however, in 1970, the two split for unknown reasons.

It’s also said that she was in a relationship with Brent Spiner, an American actor, comedian and musician, but this hasn’t been confirmed.

As of August 2021, Swoosie seems to be single, hasn’t married and doesn’t have children.

Swoosie prefers not to talk about the plastic surgery which she might have undergone, but there are rumors circulating the internet claiming that she has undergone many processes.

Swoosie was named after the bomber B-17D, which her father piloted during the Second World War, which means half-swan, half-goose.

She’s interested in politics, and has been a registered Democrat for several decades.

Swoosie’s passionate about travelling, and her acting career has taken her all around the world. She has visited nearly all of the US states, various European and Asian countries, as well as many African countries; Swoosie’s dream travel destination is Paris in France.

She has her own favorite actors and actresses, some of whom are George Clooney, Johnny Depp and Julia Roberts, while a couple of her favorite films include “Ocean’s Eleven”, “O Brother, Where Art Thou?” and “Les Miserables”.

Swoosie’s a philanthropist, and has donated money to various charity organizations, mostly to those which aim to improve the quality of life for war veterans.