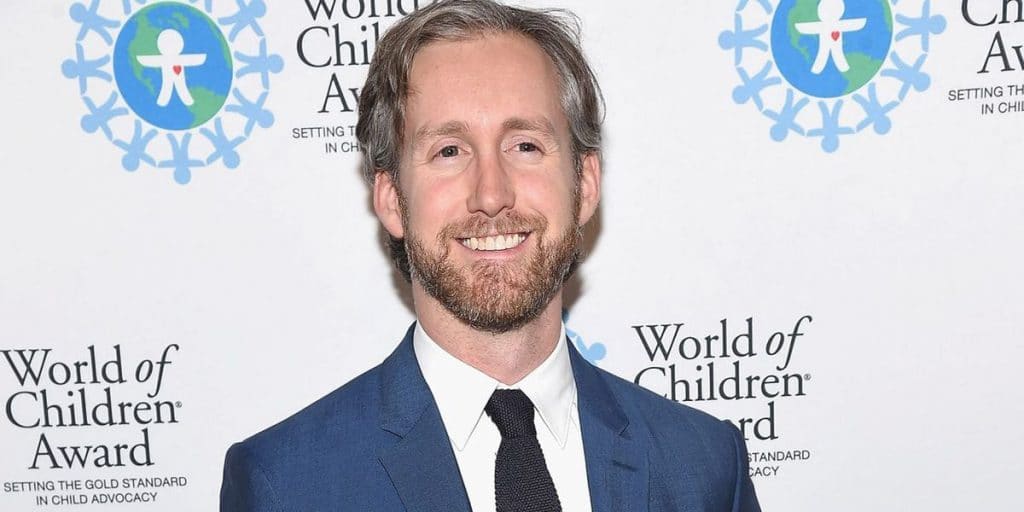 Who is Adam Shulman?

Adam Shulman is an actor, jewelry designer, and producer, but perhaps best known for his marriage to Anne Hathaway, the popular Oscar-winning actress. He was born under the Zodiac sign Taurus on 2 April 1981, in New York City, USA – Adam holds American nationality, and as of early 2021, he’s 39 years old.

Adam was born to Jacqueline Banks and Mark Shulman, their only child.  There is not much information about his early life and family, except that it’s known that he developed an interest in filmography at a young age. After he matriculated, he enrolled at Brown University in Rhode Island, and after obtaining a bachelor’s degree in Theatre, he attended several programs at Tisch School and the Eugene O’Neill National Theater Institute.

Even though Adam is maybe best recognized as Hathaway’s husband, he has made an acting career of his own.  As an individual interested in filmmaking, Adam was eager to learn the loops of the acting industry. In 2000 he took an apprenticeship at Williamstown Theater Festival to further polish his acting and producing skills.

His acting career began in 2005 as Paul O’Bannon in the drama series “American Dreams”.  The following year, he landed a minor role in the political drama “The West Wing”, then in 2008 he appeared in the short comedy movie “The Good Lunch”. One of his most notable roles was in the American made-for-television comedy movie called” The Dukes of Hazzard: The Beginning” in 2010.

His next and last role came in 2015, in the American musical comedy-drama movie “Ricki and the Flash”, directed by Jonathan Demme and starring the iconic actress Meryl Streep. In the same year, he worked as a producer alongside Anna Hathaway on two projects, “Song One” and “The Shower” in 2016.

He is a Jewelry designer and businessman

Quite a versatile person, Adam did not limit himself to acting and filmmaking. Today he makes a living as a jewelry designer. In 2011 Adam and Heidi Nahser Fink launched a brand called “James Banks Design”, featuring handmade pieces created in their studio in Northern California, primarily from recycled metal with unique pendants and precious stones, including butterflies, hanging light bulbs, feathers, etc. An interesting detail about the engagement ring Adam proposed to Anne with- he helped create it.

His marriage to Anne Hathaway

Anne and Adam reportedly met through mutual friends in 2008 at the Palms Springs Festival. At the time, Anne was going through a rough period following the imprisonment of her ex-boyfriend Raffaello Follieri, who was charged with fraud. The public breakup with the Italian businessman left her unhinged and questioning some essential notions of every relationship-trust. A couple of weeks after her split with Raffaello, she told The Independent: “The worst thing that happens to you can be the best thing for you, if you don’t let it get the best of you.”

Regarding her relationship with Adam, in her interview with David Letterman she said that it was an unexpected romance, mainly because she was in a dark place after the break-up and didn’t think she would date anytime soon.

Anne is always quick to point out that the timing of their first meeting was terrible, but Adam sparked such strong feelings in her that she decided to give it a shot. Anne said: “The goal is to find someone you can be yourself around, who makes you laugh, who challenges you in a good way, and where you just spark off each other.”

Adam and Anne dated for a couple of years before announcing their engagement in November 2011. The happy couple tied the knot on the California coast on 29 September 2012 in an extraordinary ceremony accompanied by family members and friends.  After four years of marriage, they welcomed their first child together- Jonathan Rosebanks on 24 March 2016.  Both of them were thrilled to become parents, Anne said: “Adam has been really helpful and is so excited about the baby”.

In July 2019, Anne announced her second pregnancy on Instagram with the captions, “All kidding aside, for everyone going through infertility and conception hell, please know it was not a straight line to either of my pregnancies. Sending you extra love.” The popular actress has spoken about her infertility issues before, and doesn’t shy away from mentioning it publicly. In her opinion, it is nothing to be ashamed of, and sharing the experience can help others. They welcomed their second child sometime in late 2019, and named him Jack.

Anne Hathaway is an American actress perhaps best recognized by her roles in the franchise “The Princess Diaries”, then “Interstellar” and “Ocean’s Eight”. She is also a recipient of numerous awards, including the Academy Award for Best Supporting Actress for her exquisite portrayal of a struggling factory worker and prostitute in the epic musical movie “Les Miserables”.

Anne was born on 12 November 1982 in Brooklyn, New York City. She grew up in Millburn, New Jersey, with her parents Gerald Hathaway, who is a lawyer, and Kate McCaule, a stage actress. It seems that success followed Anne her whole life, given that she matriculated from Wyoming High school with the highest honors, and was then the first teenager accepted into the acting school at the Barrow Group in New York. After attending the private Vassar College in Poughkeepsie, New York as an English major, she transferred to New York University’s Gallatin School of Individualized Study.

Anne made her debut in the television series “Get Real”, which only had one season, despite which Anne earned a Teen Choice Award nomination for the role of Meghan in the family drama.

In 2001 she landed her breakthrough role in “The Princess Diaries”, and in 2004, she appeared in the second installment, “The Princess Diaries 2: Royal Engagement”, which also garnered positive reviews and grossed a favorable amount. In the following year, she appeared in the Oscar-winning movie “Brokeback Mountain” alongside Heath Ledger and Jake Gyllenhaal,  after which she found huge success in the iconic comedy-drama “The Devil Wears Prada”, opposite of Meryl Streep and Emily Blunt, which grossed over $300 million worldwide, and earned positive reviews for its brutal depiction of the fashion industry.

In 2008, Anne appeared in the American drama movie “Rachel Getting Married”, portraying the recovering alcoholic, Kym Buchman, which garnered her the nomination for Academy Award for Best Actress.

Later she appeared in several successful and high-grossing movies, such as “Bride Wars”, “Love and Other Drugs”, and “Alice in Wonderland” – for her efforts, in 2009 Anne appeared on the Forbes Celebrity list.

The year 2012 was the lucky year for Anne; she landed a role in “The Dark Knight Rises”, and later that year appeared in the musical “Les Miserables”, scooping the Academy Award for Best Supporting Actress for her portrayal of Fantine. In 2014 she starred in the science fiction movie “Interstellar” alongside Matthew McConaughey and Matt Damon, followed by roles in “The Intern” and “Ocean’s 8”. In 2020 she appeared in the fantasy comedy “The Witches”.

What is Adam Shulman’s net worth?

His estimated net worth is around $1million, earned through his career as an actor and jewelry designer.

Given the rising popularity of his brand, it’s believed that his net worth will grow in the future. On the other hand, Anne’s net worth is estimated at around $50 million, earned through her successful and prolific acting career. She has appeared in a variety of movies which have reportedly earned more than $6.8 billion.

Adam is 5ft 9ins (177cm) tall and weighs around 165lbs (75kgs). His hair is dark brown, and his eyes are blue. Adam, a huge philanthropist, is known for his benevolent nature, having joined various charity campaigns. In 2013 he partnered with Heidi Fink to make jewelry pieces that were sold for charity. After working for two months on those pieces, they donated the entire proceedings to the World of Children Award, an organization that raises money for funding high-impact programs for children in need.

Adam is not alone in his philanthropic activities, Anne is also a vigorous advocate for various causes. She supports more than 20 charities and campaigns, and in 2016 was appointed the UN global Goodwill Ambassador. So engrossed in their humanitarian endeavors, the couple sold their wedding photo and donated the money to Freedom to Marry, the group that advocates same-sex marriage.

It appears that Adam is not a fan of social media, hence he doesn’t use Twitter or Instagram, unlike his wife, Anne, who has almost 20 million followers on Instagram, and posts regularly.