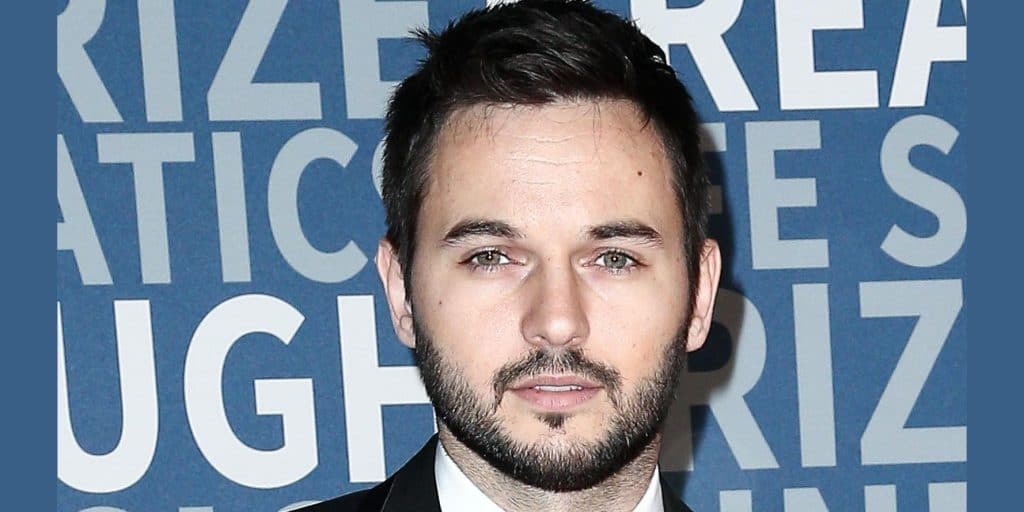 Who is Matthew Rutler?

Matthew David Rutler was born on 14 April 1985 under the zodiac sign of Aries, in Wyckoff, New Jersey USA. He holds American nationality and belongs to White Caucasian ethnic group. He’s a 35-year-old investor and film production assistant, who has worked on such film titles as “The Proposal”, “Burlesque”, and “Something Borrowed”. He is also known for being a guitarist, and member of The Nate Mott Band. Besides that, Matthew achieved fame as the longtime partner and fiancé of pop star Christina Aguilera.

How rich is he, as of now? Matthew Rutler Net Worth

As of early 2021, Matthew Rutler’s net worth is over $15 million, earned through his successful career as a production assistant, and a guitarist. He’s also increased his wealth through his involvement in the business industry.

Besides that, it’s assumed that he enjoys the fortune of his famous fiancée, Christina Aguilera, whose wealth is reputedly over $160 million.

Matthew Rutler spent his early years in his hometown of Wyckoff, where he was raised by his father David Rutler, and his mother Kathleen Rutler; however, their professions haven’t been revealed to the public. It’s also unknown whether he has siblings or not.

Regarding his education, Matthew attended Ramapo High School, from which he matriculated in 2003, and then enrolled into Roger Williams University, from which he graduated with a Bachelor of Business Administration degree in 2007.

Matthew Rutler started his professional career as a guitarist; in 2006, he co-formed The Nate Mott Band a.k.a. New Daddy Band, alongside Nate Mott, Hoyt Hottel and Evan Van Gorder. They performed at various events, and opened up for the Patriots vs. Steelers American Football game in 2008. During the same year, they released their debut studio album entitled “Like We Mean It”. They also issued such tracks as “Bitter Wine”, “Would You Stop Falling”, and “Darling Divine”, to name a few.

Career as a Production Assistant

In 2009, Matthew began to pursue his career as a production assistant. His first project was the romantic comedy film “The Proposal”, starring Ryan Reynolds and Sandra Bullock, which was followed by his work on the vigilante action thriller film “Law Abiding Citizen”.

In 2010, Matthew produced such film titles as the conspiracy action thriller film “Edge Of Darkness”, the comedy film “Grown Ups”, the biographical drama film “The Social Network”, and the backstage musical film “Burlesque”. In the same year, he also worked as a set staff assistant for Ben Affleck’s crime thriller film “The Town”, and as an additional set production assistant for the independent thriller drama film “Locked In”, directed by Suri Krishnamma.

Apart from his career in the entertainment industry, Matthew Rutler is also known for being an investor. He has been involved in the business industry as an investor since 2014, when he started investing in the San Francisco-based company MasterClass Inc. through the production and investment company MX which he co-founded with Christina Aguilera. Two years later, he joined MasterClass as the senior vice president of talent and business development. He currently serves as the head of MasterClass’ office in Los Angeles.

Matthew Rutler has short dark brown hair and green eyes. He stands at a height of 5ft 11ins (1.80m), while his weight is around 145lbs (65kgs); his vital statistics are 37-34-36. Information about his biceps size and shoe size isn’t available.

Matthew Rutler is engaged to famous singer-songwriter Christina Aguilera; they met for the first time when they worked on the film “Burlesque” back in 2010. At the time, she was going through a messy divorce from her then husband Jordan Bratman. They became close friends and started dating by the end of the year. After being in a relationship for four years, Matthew and Christina took a step closer to marriage when he proposed to her on Valentine’s Day 2014. He adopted her son, named Max Liron Bratman, from her previous marriage. In August of the same year, she gave birth to their first child, a daughter named Summer Rain Rutler.

Who is his fiancée? Christina Aguilera Short Wiki/Bio

Christina María Aguilera was born on 18 December 1980 under the zodiac sign of Sagittarius, in New York City USA. She was raised by her father, Fausto Xavier Aguilera, who was a US Army soldier, and her mother Shelly Loraine Kearns who was a musician. She moved frequently with her family due to her father’s military service,e before settling down in the Pittsburgh suburb of Rochester at the age of six, after the divorce of her parents. She has a younger sister named Rachel Aguilera, and also a step-brother named Michael Kearns from her mother’s next marriage to Jim Kearns.

Regarding her education, Christina went to Rochester Area School District and Marshall Middle School. She then briefly attended North Allegheny Intermediate High School, after which she was home-schooled.

Christina Aguilera developed her love for music very early. At the age of eight, she started competing in various talent shows, and performing at local events. In 1991, she auditioned for “The Mickey Mouse Club”, and although she didn’t meet its age requirements, she joined the show alongside Britney Spears, Ryan Gosling, Justin Timberlake and Keri Russell. Following the end of the show in 1994, she recorded the duet “All I Wanna Do” with Keizo Nahanishi. In 1998, she was chosen to sing the theme song “Reflection” for the Disney animated film “Mulan”, which became her debut single.

After the success of “Reflection”, Christina signed a contract with RCA Records, and released her debut self-titled album in 1999, which topped the US Billboard 200 chart, and received eight platinum certifications by the Recording Industry Association of America (RIAA). The album’s lead single – “Genie In A Bottle” – debuted atop the US Billboard Hot 100, and raised her to stardom. It spawned two other US number-one singles, “Come On Over Baby (All I Want Is You)” and “What A Girl Wants”; the album earned her the Grammy Award for Best New Artist.

In 2000, Christina issued her first Spanish-language album “Mi Reflejo”, and her first Christmas album “My Kind Of Christmas”., which was certified platinum by the RIAA.

In 2001, she recorded the cover of Labelle’s song “Lady Marmalade” with Lil’ Kim, Pink, and Mýa, for the soundtrack of “Moulin Rouge!”, which topped the Billboard Hot 100 and earned them the Grammy Award for Best Pop Collaboration with Vocals. In 2002, Christina established her alter ego Xtina, and released her third studio album “Stripped”, which debuted at No. 2 on the Billboard 200 chart and received four-time platinum certification by the RIAA.

Christina Aguilera then adopted her new alter ego Baby Jane, and put out her next studio album “Back To Basics” in 2006, which debuted atop the Billboard 200 chart and produced such singles as “Ain’t No Other Man”, which won the Grammy Award for Best Female Pop Vocal Performance, “Hurt”, and “Candyman”.

In 2010, Christina released “Bionic”, her sixth studio album, which peaked at No. 3 on the Billboard 200 chart, and was certified gold by the RIAA. In the following year, she collaborated on the single “Moves Like Jagger” by Maroon 5, which topped the Billboard Hot 100 chart, becoming just the second female artist to top the chart in the 1990s, 2000s and 2010s. In 2012, she issued her seventh studio album “Lotus”, while her eighth studio album entitled “Liberation” out came in 2018.

Most recently, she recorded the promotional single “Loyal Brave True” for the 2020 remake of “Mulan”.

Additional to her music career, Christina Aguilera tried herself as an actress. In 2010, she landed the role of Alice Marilyn ‘Ali’ Rose in Steven Antin’s backstage musical film “Burlesque”, next to Cher, which earned her an ALMA Award nomination for Favorite Film Leading Actress – Comedy or Musical. She then guest-starred as Jade St. John in three episodes of the ABC / CMT musical drama series “Nashville” (2015), and provided her voice to Akiko Glitter in the 2017 animated comedy film “The Emoji Movie” (2017). Besides that, Christina served as a judge in the NBC singing competition show “The Voice” from 2011 to 2016.