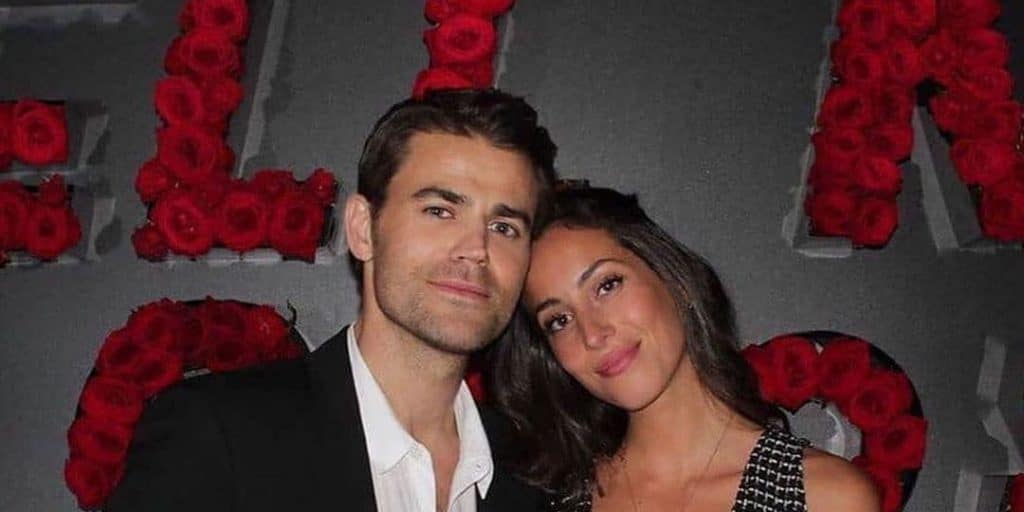 Who are Paul Wesley and Ines De Ramon?

Pawel Tomasz Wasilewski, known better by his adapted professional name Paul Wesley, was born in New Brunswick, New Jersey USA, on 23 July 1982 – his zodiac sign is Leo, he holds American nationality and is of Polish descent. He’s an actor and a film producer, who’s probably known best for his portrayal of Stefan Salvatore, the lead character in the critically acclaimed fantasy horror series “The Vampire Diaries”, created by Kevin Williamson and Julie Plec, and which also starred Nina Dobrev and Ian Somerhalder. It’s a story of the city Mystic Falls in Virginia, which is home to various mystic creatures such as vampires and werewolves. The series aired from 2009 to 2017, and won 36 of the 102 awards it was nominated for.

Posted by The Original Diaries on Monday, March 1, 2021

Ines-Olivia De Ramon was born in New Jersey, USA in 1992, but hasn’t disclosed her exact date nor place of birth – her zodiac sign is believed to be Aries, and she holds American nationality. She’s a health coach, social media star and a fitness enthusiast, but who’s perhaps known best for being Paul’s wife.

Paul and Ines began dating sometime in early 2018, but kept the relationship a secret from their parents, friends and media. They chose not to upload pictures featuring themselves together onto their social media accounts, believing that other people’s interference into their personal matters would only harm the relationship. They were, however, spotted by a couple of Paul’s fans while they were spending time together, and dining at fancy restaurants.

In February 2019, Paul and Ines married in a private ceremony attended only by a couple of their closest friends and family members, and have apparently been leading a happy life together since then. It appears that the two have decided not to have children straight away, preferring to focus on their careers, although some people on the internet believe that one of the two (or both) is perhaps infertile.

Ines prefers to keep details of her love life to herself, and hasn’t spoken about any other men she had perhaps dated before meeting Paul, while it’s known that he dated two other women prior to meeting Ines, and was also married.

In 2004, Paul began dating popular American actress Marnette Patterson, who’s probably known best for her portrayal of Christy Jenkins in the supernatural fantasy series “Charmed”. The two were together for around a year before splitting ways for unknown reasons. In 2010, he met Torrey DeVitto who’s a popular American actress, a former fashion model, and a musician, and who’s probably known best for her portrayal of Melissa Hastings in the critically acclaimed teen mystery thriller series “Pretty Little Liars”. The two married in 2011, but divorced two years later for unknown reasons, however, it’s widely believed that it was because Paul fell in love with Phoebe Tonkin.

In early 2013, Paul met Phoebe who’s a famous Australian actress and model, and who’s followed by close to seven million people on Instagram. They were together for four years before splitting in late 2017.

As of March 2021, Paul Wesley’s married to Ines De Ramon – they don’t have children.

Ines was raised in the US alongside her sister, but hasn’t spoken about her parents as they prefer to stay away from the media’s attention.

She grew up being interested in sports, and excelled at soccer while attending a local high school. Upon matriculating in 2010, Ines became more interested in fitness, and spent most of her spare time at the gym before deciding to become an instructor herself. However, she changed her mind, and enrolled at the University of Geneva from which she obtained her Bachelor of Business Administration degree in 2014.

Ines then returned to exercising, and soon found herself working as a health coach and a fitness instructor.

She’s today also an Instagram star, as she’s followed by close to 120,000 people while she’s uploaded around 50 pictures, most of which have been taken during her everyday life.

Ines is a huge lover of dogs, and has several pets which can be seen featured in some of her Instagram pictures. She’s a fan of the outdoors and enjoys camping deep into the woods, hiking up the mountains, and being close to lakes and the ocean.

Paul was raised in Marlboro Township in New Jersey, alongside his sisters Leah, Julia and Monika Emara, by their Polish parents Agnieszka and Tomasz Wasilewski. He’s fluent in Polish.

Starting from age 16, Paul decided to spend four months in Poland every year, to stay close to his roots, and visit his extended family. He studied at Christian Brothers Academy before moving on to Marlboro High School, and then switched to Lakewood Prep School because of his acting schedule. Upon matriculating in 2000, Paul enrolled at New Jersey’s Rutgers University, but quit after only half a year to focus on his acting career.

In 2001, he was cast to star as Luke Cates in the supernatural drama series “Wolf Lake”, which was cancelled after airing only a couple of episodes because of low ratings.

In 2008, he played a supporting character in the drama movie “The Russell Girl”, but which failed to attract a lot of attention. He went on to make a guest appearance in an episode of various series, such as the action drama “24”, the drama “American Dreams”, and the soap opera “Guiding Light”.

Paul made his producing debut with the 2014 drama movie “Before I Disappear” in which he also starred; it won a SXSW Film Festival Audience Award. His career as a producer then took off, and in 2018, he was offered by Warner Bros. Television to produce four new TV shows entitled “Confessions of a Drug-Addicted High School Teacher”, “Pecos”, “Finding Natalie”, and “Shanghai Summer”.

He’s a philanthropist, who was in 2014 awarded a Humane Generation Award for his contribution to the Humane Society, especially to farm animal welfare.

Paul has helped raise money to be donated to charity, and during one of his fundraising campaigns, 10,000 shirts designed by him were sold with all the proceedings donated to The Humane Society of the United States.