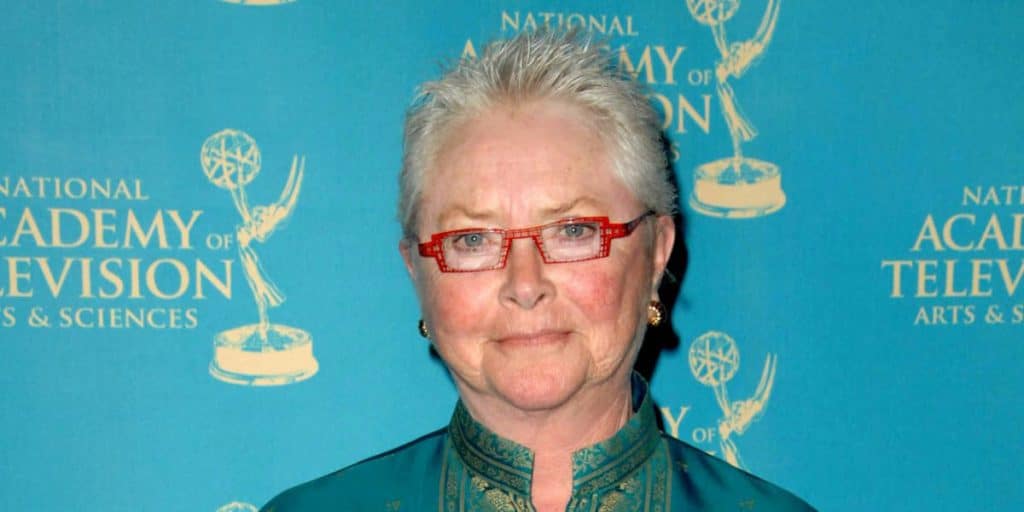 Susan Flannery was born in Jersey City, New Jersey USA, on 31 July 1939 – her zodiac sign is Leo, and she holds American nationality. She’s an actress and a director, known from having starred in many popular soap operas, such as “Days of Our Lives” and “The Bold and the Beautiful”.

Susan spent most of her childhood in Manhattan, New York City, but nothing is known about Susan’s parents and siblings, as she prefers to keep them out of the public eye.

She attended an all-girls school, and eventually in 1962, she graduated from Stephens College in Colombia, Missouri, with a Bachelor’s degree in theatre. She also did graduate work in theater arts at Arizona University.

Susan made her TV series debut in 1963, when she appeared in an episode of the crime action adventure “Burke’s Law”. In the following years, she made short appearances in a number of TV series, such as “Death Valley Days”, “Voyage to the Bottom of the Sea”, and “The Felony Squad”.

Between 1967 and 1975, Susan starred as Dr. Laura Horton in the popular soap opera “Days of Our Lives”, created by Ted and Betty Corday.

It’s mainly centered on two families, the Hortons and the Bradys, while the additional families and storylines were brought into the series over time. The series has been airing on NBC since 8 November 1965, and is today one of the longest-running series in television history.

In 1976, Susan starred alongside Kirk Douglas and Christopher Plummer, in the four episodes long drama “Arthur Hailey’s the Moneychangers”, which follows the happenings at a major bank after the bank’s president announces that he’s dying. Five years later, she starred in 11 episodes of the romantic drama “Dallas”, created by David Jacobs, and which starred Larry Hangman, Ken Kercheval and Patrick Duffy.

Another prominent role for Susan was in the CBS soap opera “The Bold and the Beautiful”, written by Bradley Bell and Michael Minnis. The series is set in Los Angeles, California, and centers upon the Forrester family and their fashion business. Since its premiere in March 1987, the show has become one of the most popular daytime soap operas in the world, and has received 77 Daytime Emmy Awards. Susan was part of the main cast from 1987 to 2012, playing the character Stephanie Forrester. In 1993, she appeared in an episode of the “The Bold and the Beautiful” spin-off series “The Young and the Restless”, portraying the same character.

In 2004, we saw Susan guest-star in two episodes of the family sitcom “Hope & Faith”, created by Joanna Johnson, and which starred Faith Ford, Kelly Ripa and Macey Curthrid.

During her career, Susan has mostly been starring in TV series, however, she has had several roles in feature-length films. She made her debut film appearance in the 1964 western “Guns of Diablo”, which starred Charles Bronson and Kurt Russell. Three years later, she starred in the fantasy adventure for kids “The Gnome-Mobile”, directed by Robert Stevenson, which tells the story of a multi-millionaire, who encounters gnomes during a walk with his two grand-children.

In 1974, Susan played the role of Lorrie in the action thriller drama “The Towering Inferno”, directed by John Guillermin, and which starred Paul Newman, Steve McQueen and William Holden. It won three Oscars, earned a nomination for an Oscar for Best Picture, and was the highest-grossing film of the year, earning more than $203 million at the box-office worldwide.

ISusan next starred in the 1976 comedy hit “The Gumball Rally”, following a group of people taking part in an illegal cross-country road race. It was directed by Charles Bail, and also starred Michael Sarrazin, Tim McIntire and Raul Julia.

In the following years, Susan appeared in several TV movies, such as “Anatomy of a Seduction”, “The Shaft of Love” and “Money on the Side”.

Career as a director

Susan has been credited as the director of 21 episodes of “The Bold and the Beautiful”, which she has also starred in. In 2008, she directed three episodes of the romantic drama series “Guiding Light”, created by Irna Phillips.

Between 2010 and 2014, Susan directed 36 episodes of the soap opera “Venice the Series”, created by and starring Crystal Chapell.

She was rewarded with four Daytime Emmys between 2000 and 2003, for her portrayal of Stephanie Forrester in “The Bold and the Beautiful”.

Susan hasn’t been married or engaged. Her love life has been a secret since the launch of her career, and we have only had a glimpse of it in the memoire of the writer Rita Mae Brown, who was closely acquainted with her in the 1970’s. At the time, Susan was friends with the actress Fannie Flagg, with whom she lived together for eight years. According to Rita, it was obvious to people who knew them personally that the two were in a relationship, but Susan still had to keep silent because of her career. ‘Because she didn’t marry to play the game, she might as well have announced that she was gay. Other people announced it for her’, Rita wrote.

In 1987, Susan adopted a daughter, Blaise, whom she raised as a single mother. They appeared in public together in 2005, when Blaise accompanied her adoptive mother to a red carpet event. Susan’s today residing in Santa Barbara, California, while her daughter’s apparently living in Australia with her husband and kids.

Aside from being an actress, Susan is also a gourmet cook, and a licensed pilot.

She loves travelling, and once went on a trip around the world with her “The Bold and the Beautiful” co-star Ian Buchanan, visiting Russia, China, Egypt and many other countries.

Susan was a registered Republican for years, until George W. Bush became the president in 2000. Since then, she hasn’t been vocal about her political affiliation, and has stopped donating money to political parties.

She’s a huge fan of the mystery TV series “X Files”, often calling herself an ‘X-Phile’.