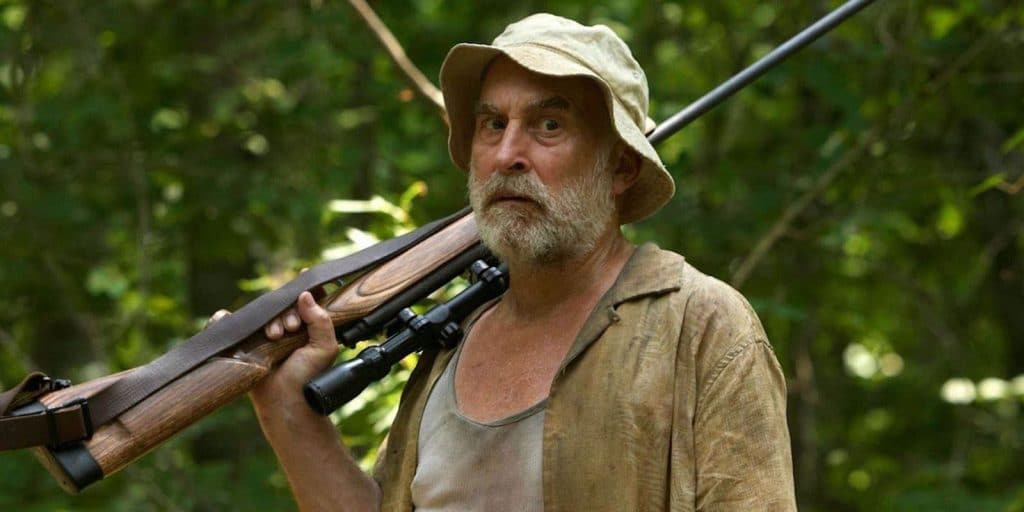 Jeffrey DeMunn was born on 25 April 1947 under the zodiac sign of Taurus, in Buffalo, New York State USA. He holds American nationality and belongs to White Caucasian ethnic group. He is mow a 73-year-old actor, probably best recognized for landing the role of Captain Esteridge in the road thriller film “The Hitcher” (1986), playing Harry Terwilliger in the fantasy drama film “The Green Mile” (1999), and featuring as Dale Horvath in the AMC post-apocalyptic horror series “The Walking Dead” (2010-2012).

How rich is he, as of now? Jeffrey DeMunn Net Worth

As of early 2021, Jeffrey DeMunn’s net worth is estimated at over $2 million, earned through his successful career as a professional actor, working on almost 120 television and film titles since he launched his career back in the late 1970s.

Jeffrey DeMunn spent his early years in his hometown of Buffalo, where he was raised by his parents James and Violet DeMunn; his father is the stepson of prominent actress Betty Lutes DeMunn. Upon matriculation, he enrolled into Union College, graduating with a Bachelor of Arts degree in English in 1969. In the early 1970s, he studied at the Bristol Old Vic Theatre School in England.

In 1972, Jeffrey returned to the US and joined the National Shakespeare Company, after which he performed in the Company’s National Tour productions of “A Midsummer Night’s Dream” and “King Lear”.

Thereafter, he participated in such off-Broadway productions as “Modigliani” and “Bent”, among many others. He then appeared in various productions at the Eugene O’Neill Theater Center, before in 1983 featuring in the Brooks Atkinson Theatre production of “K2”, for which he received a Tony Award nomination for Best Actor. His recent stage credits include the San Diego’s Old Globe Theater production of “Death Of A Salesman” (2012), and the Bank Street Theatre production of “A Family For All Occasions” (2013).

He then landed the roles of Joe in the drama film “Resurrection”, Sergeant Fernandez Correll in the crime thriller film “The First Deadly Sin” next to Frank Sinatra, and Philip Stadling in the psychological slasher film “Christmas Evil”, all in 1980. It was followed by his portrayals of District Attorney Burke in the CBS drama film “Word Of Honor” and Houdini in the drama film “Ragtime”, directed by Miloš Forman, both in 1981.

In 1984, Jeffrey featured as Brian Garvey in the made-for-TV drama film “When She Says No”, and Bobby in the drama film “Windy City”. It was followed by his portrayals of Dr. Dan Fairchild in the sci-fi horror film “Warning Sign”, and Larry Weisman in the made-for-TV drama film “A Time To Live”, alongside Liza Minnelli, both in 1985. He came to prominence in the next year when he played Captain Esteridge in the road thriller film “The Hitcher”, directed by Robert Harmon, after which he starred in two made-for-TV film dramas, as Dr. David Matthews in the 1986 sci-fi “Who’s Julia?”, and as Marsucci in the thriller “Kojak: The Price Of Justice” in 1987.

In 1988, Jeffrey was cast as Rogers in the CBS thriller mini-series “Windmills Of The Gods”, and William Herndon in the NBC historical drama mini-series “Lincoln”. During the same year, he also played Sheriff Herb Geller in Chuck Russell’s sci-fi horror film “The Blob”, and portrayed Flynn in the drama thriller film “Betrayed”. By the end of the decade, he also landed such roles as Dr. Josh Longcrest in the made-for-TV drama film “Settle The Score” (1989) and Scott Cody in the made-for-TV drama thriller film “Crash: The Mystery Of Flight 1501” (1990).

Projects in the early 1990s

In 1991, Jeffrey DeMunn had such parts as Jack Smurl in the made-for-TV horror film “The Haunted”, and Georgie in the drama film “Eyes Of An Angel”, alongside John Travolta. It was followed by his portrayals of Dr. Johnston in the made-for-TV mystery film “Treacherous Crossing”,

It was followed by his portrayals of Professor Ringold in the 1996 romantic fantasy drama film “Phenomenon”, Brooks in the 1997 action thriller film “Turbulence”. He then played Paul Wick in the comic sci-fi film “RocketMan”, Seabone in the made-for-TV family drama film “A Christmas Memory”, and Robert Brokaw in the made-for-TV historical drama film “Path To Paradise: The Untold Story Of The World Trade Center Bombing”, all in 1997.

In 1998, Jeffrey took the roles of Jake Yates in the drama film “Harvest”, Dr. Ben Bronschweig in the sci-fi thriller film “The X-Files”, and Bill Grissom in the made-for-TV mystery action thriller film “Black Cat Run”. His next major role came in the following year, when he played Harry Terwilliger in Frank Darabont’s fantasy drama film “The Green Mile”, alongside Tom Hanks.

It was followed by his portrayals of Robbie Beals in the ABC horror mini-series “Storm Of The Century” (1999). and Nuncio in the made-for-TV biographical crime drama film “Noriega: God’s Favorite” (2000).

Afterwards, Jeffrey was cast as Ernie Cole in the 2001 historical romantic film “The Majestic”, next to Jim Carrey and Bob Balaban, and Dr. Henry Berkson in the 2002 drama film “Swimming Upstream”. In 2003, he landed the roles of Mr. Webb in the made-for-TV family romantic drama film “Our Town” and Simon in the crime drama fantasy film “The Lucky Ones”. Thereafter, he played Horace in the HBO drama mini-series “Empire Falls” (2005), after which he starred as Steven Haldane in the made-for-TV thriller mini-series “Covert One: The Hades Factor” and Art Weissman in the neo-noir period mystery film “Hollywoodland”, both in 2006.

Jeffrey portrayed Dan Miller in the 2007 sci-fi horror film “The Mist”, based on the novella of the same title by Stephen King, and played a cosmetic surgeon in the 2008 black comedy crime film “Burn After Reading”, along with Brad Pitt and George Clooney. It was followed by his appearances as Rodgers Bowman in the family drama film “Cayman Went” (2009), and Dr. Harding in the horror-thriller film “6 Souls” (2010). Between 2010 and 2012, he was cast as Dale Horvath in the AMC post-apocalyptic horror series “The Walking Dead”. Concurrently, he also featured as Lee in the 2011 black comedy-drama film “Another Happy Day”.

His next significant role came in 2013 when he featured as Hal Morrison in the TNT neo-noir crime drama series “Mob City”.

In 2014, he played Bill in the comedy film “Adult Beginners”, which was followed by his portrayals of Walt in the film “Halfway”, and Max Brodkin in the HBO comedy-drama series “Divorce”, both in 2016. Later that year, he joined the main cast of the Showtime drama series “Billions”, and has been starring in the role of Charles Rhoades, Sr. ever since. Concurrently, he also appeared as Dr. Sayer in the 2017 biographical legal drama film “Marshall”, and Richard Kendrick in the 2018 sci-fi mystery thriller film “The Amaranth”.

Jeffrey DeMunn has short grey hair and dark brown eyes. He stands at a height of 5ft 9ins (1.75m), while his weight is around 172lbs (78kgs). Details about his vital statistics and biceps size aren’t available. His shoe size is 10 (US).

Jeffrey DeMunn has married twice. His first wife was Ann Sekjaer, with whom he tied the knot on 7 October 1974. The couple had two children together, a son named Kevin DeMunn and a daughter named Heather DeMunn. His son Kevin portrayed the Western Union man in the 2001 film “The Majestic”. Jeffrey and Ann divorced in 1995. Since 2001, he has been married to Kerry Leah Bettenbender.