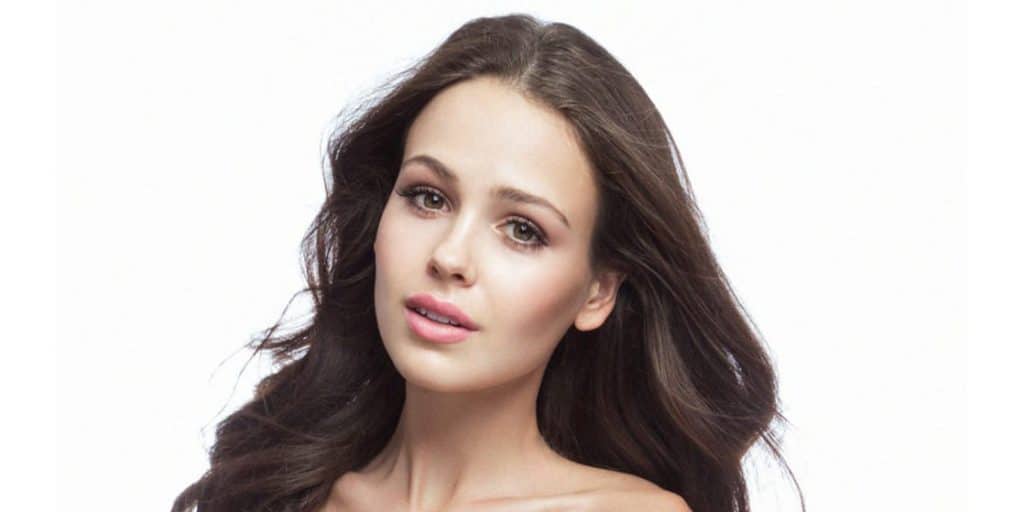 Who is Jocelyn Hudon?

Jocelyn Hudon was born on 18 November 1994 under the zodiac sign of Scorpio, in Toronto, Ontario, Canada. She is a 26-year-old actress, probably best recognized for landing the role of Abby in the FX horror drama series “The Strain” (2017), playing Becka Jolie in the Netflix drama series “21 Thunder” (2017), and featuring as Grace Bennett in the Hallmark Channel drama series “When Hope Calls” (2019).

How rich is she, as of now? Jocelyn Hudon Net Worth

As of early 2021, Jocelyn Hudon’s net worth is over $1 million, earned through her successful involvement in the film industry as a professional actress, who has garnered 28 television and film acting credits since she launched her career in the mid-2010s.

Jocelyn Hudon spent her early years in her hometown of Toronto, where she was raised by her parents; however, their names and professions haven’t been revealed to the public. It’s also unknown whether she has siblings or not. She holds Canadian nationality, and belongs to White Caucasian ethnic group.

Jocelyn developed her love for ballet very early, and started to train and perform at the age of three. She eventually joined the National Ballet School of Canada, where she stayed until the age of 17. She also attended the prestigious Etobicoke School of the Arts, majoring in dance and the flute. Upon matriculation, she obtained her degree in Communications and earned a post-graduate degree in Public Relations.

According to her IMDB account, Jocelyn Hudon made her debut appearance with the role of a cyber chick in Chris Columbus’ sci-fi action comedy film “Pixels” (2015), starring along with such actors as Adam Sandler, Kevin James, and Michelle Monaghan. In the same year she then made her TV debut, guest-starring as Melia in the episode “Consequences” of the VH1 / Centric romantic comedy-drama series “Single Ladies”. Later that year, she guest-starred as Stacy in the episode “Good Witch Halloween” of the Hallmark Channel fantasy comedy-drama series “Good Witch”, and as Victoria in two episodes of the Showcase supernatural drama series “Lost Girl”.

In 2016, Jocelyn landed the role of Model / Nikki in the romantic drama film “Below Her Mouth”, directed by April Mullen, and guest-starred as a young Brenda in the episode “Like As Fire Eateth Up And Burneth Wood” of the Super Channel anthology horror series “Slasher”. Later that year, she also made guest appearances in the roles of a milkshake girl in the episode “The Music” of the CBC comedy-drama series “Four In The Morning”, a young Christine in the episode “In-laws And Outlaws” of the History Channel drama series “Gangland Undercover”, and Amelia in an episode of the Syfy drama series “Incorporated”.

Jocelyn Hudon’s big break came in the following year, when she was chosen to play Abby in the fourth season of the FX horror drama series “The Strain”, created by Guillermo del Toro and Chuck Hogan based on their novel trilogy of the same title. During the same year, she starred in the role of Becka Jolie in the Netflix drama series “21 Thunder”, which was followed by her portrayals of Alexa in the Hallmark Hall of Fame romantic film “Love Locks”, Shelly in the Hallmark Channel romantic drama film “The Christmas Cure”, and Kelsey in the romantic drama film “Christmas Wedding Planner”.

In 2018, Jocelyn Hudon was cast as Willow in the short-lived Audience Network crime drama series “Ice”, after which she played Vanessa in the short film “Stories We Tell Ourselves” and made a guest appearance as Audrey Smith in the episode “The Last Dance” of the CBC drama series “Frankie Drake Mysteries”. In 2018 and 2019, she portrayed Grace Bennett in three episodes of the Super Channel / Hallmark Channel drama series “When Calls The Heart”, based on the “Canadian West” book series written by Janette Oke, later reprising the role in its spin-off entitled “When Hope Calls”, aired in 2019.

Concurrently with filming “When Hope Calls”, Jocelyn also worked on other projects. In 2019, she portrayed Jessica Parks in the Hallmark Channel romantic drama film “From Friend To Fiancé”, and had the part of Billie Davis in the made-for-TV romantic film “Eat, Drink, and Be Married”. During the same year, she also guested as Ruby in two episodes of the Netflix horror drama series “The Order”, and Natasha in the episode “Prima” of the CBS crime drama series “Ransom”.

It was followed by her guest appearance in the roles of Elizabeth Wise in the episode “Saturday” of the CBS police procedural crime drama series “Criminal Minds”, and Tiffany in the episode “The Taking Of Dispatch 9-1-1” of the Fox procedural series “9-1-1”, both in 2020.

Most recently, Jocelyn landed the role of Jen in the 2021 thriller film “Safer At Home”, co-written and directed by Will Wernick. It’s announced that she will play Kyra Tally in the upcoming made-for-TV romantic comedy film “One Kind Of A Life”, alongside her fiancé Jake Manley, and will appear in the action crime film “Riptide”, and direct the short film “Callback”.

Jocelyn Hudon has long dark brown hair and dark brown eyes. She stands at a height of 5ft 6ins (1.68m), her weight is around 123lbs (56kgs), while her vital statistics are 33-24-33. Her bra size is 38B, but details about her dress and shoe sizes are unavailable.

The up-and-coming young actress became romantically involved with actor and producer Jake Manley in 2015. After dating for five years, he popped the question and they became engaged on 26 August 2020. The couple currently resides in Los Angeles, California.

Both of them are animal lovers; they have a mini golden doodle pet dog named Rupert.

Jocelyn is a certified scuba diver.

Her favorite actress is Angelina Jolie.