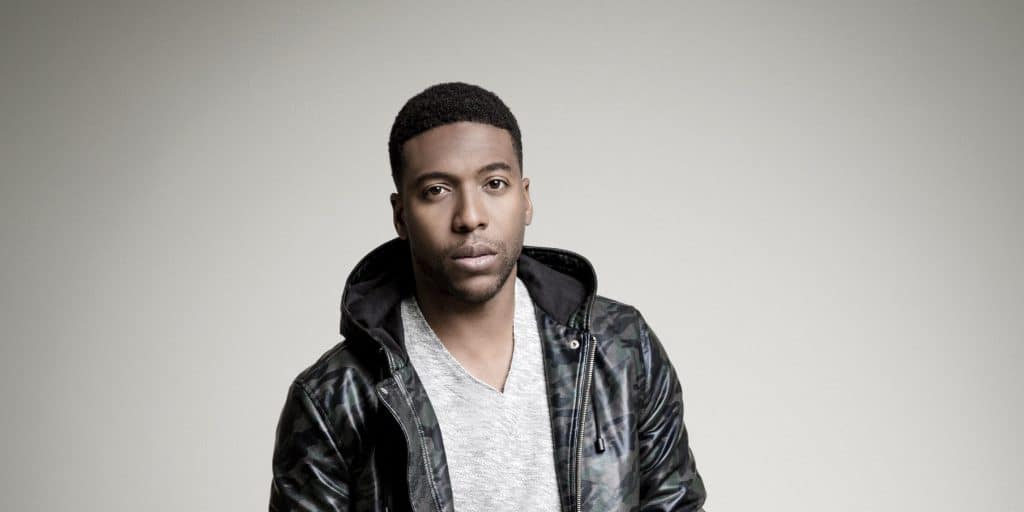 Who is Jocko Sims?

Jocko Sims was born in Laie, Hawaii USA, on 20 February 1981 – his zodiac sign is Pisces, and he holds American nationality. He’s an actor, film producer and director, who’s perhaps still known best for his portrayal of Elvis Kelly in the 2006 musical drama movie “Dreamgirls”. Directed by Bill Condon, it starred Beyoncé, Jamie Foxx and Eddie Murphy, and follows the lives of three black female soul musicians. The movie was a hit, winning 69 awards including two Oscars, while it was nominated for 92 other awards.

Jocko was raised in San Antonio, Texas by his parents Karen and Jackie Sims, about whom nothing’s known as Jocko respects their privacy. He hasn’t spoken of having any siblings, which is why most people believe him to be an only child.

Jocko attended a local high school, and was interested in various activities during his four years there, including playing football and soccer, and practicing his acting skills with the school’s drama club. He began appearing in theatre plays aged 17, and upon matriculating in 1999, Jocko didn’t enroll at college, but found work to financially support himself, while pursuing an acting career. He subsequently moved to Los Angeles, California when he was 21.

Jocko made his debut TV series appearance in 2003, with his portrayal of DJ at Warehouse in the episode “Lucy in the Sky” of the crime drama “10-8: Officers on Duty”, and the following years saw him appear in an episode of various series, including the mystery crime drama “Cold Case”, the comedy “Yes, Dear”, and the family comedy drama “Rock Me, Baby”.

He gained recognition in 2008, when cast to star as Anthony Adams in all 26 episodes of the drama “Crash”. It was created by Glen Mazzara, also starred Dennis Hopper and Moran Atias, and follows the problems in Los Angeles caused by racial tensions. Jocko was then invited to make an appearance in an episode or two of various critically acclaimed series, such as the crime comedy drama “Bones”, the mystery crime drama “Criminal Minds”, and the action crime drama “Burn Notice”.

In 2014, he portrayed the supporting character Robert Franklin, in the romantic drama “Masters of Sex”. Created by Michelle Ashford, it starred Michael Sheen, Lizzy Caplan and Caitlin FitzGerald, and follows the people who helped start the sexual revolution; the series won seven awards, including a Primetime Emmy, while it was nominated for 56 other awards.

Between 2014 and 2018, Jocko played Lieutenant Carlton Burk, the main character, in the hit action science fiction drama “The Last Ship”. It was created by Steven Kane and Hank Steinberg, also starred Eric Dane and Adam Baldwin, and follows the lives of people on a naval destroyer, after a disease kills most of the humans on Earth. The series won one of the seven awards for which it was nominated.

Jocko’s most recent TV series role has been his portrayal since 2018 of Dr. Floyd Reynolds in the drama “New Amsterdam”; it follows the life of a new director of the oldest public hospital in the US, and the series has so far won three awards.

Jocko made his debut film appearance in 2004, with his portrayal of Dante in the short drama “Hope’s Choice”, and the following year saw him as Office Worker, in the short thriller “Staring at the Sun”.

He gained recognition with his portrayal of Julius in the 2005 biographical action drama “Jarhead”, based on the book by Anthony Swofford, directed by Sam Mendes, and which starred Jake Gyllenhaal and Jamie Foxx. The film follows the state of mind of a soldier who fought in the Gulf War, and it won six of the 18 awards for which it was nominated. In 2008, we saw Jocko play the title role in the drama “Something Is Killing Tate”, and the following year he starred as Pharaoh King in the short action drama “Turbo”. A couple of his following roles were in the 2014 action adventure drama “Dawn of the Planet of the Apes”, the 2015 drama “Petting Zoo”, and the 2015 music video “Wiltay: Back to Life”.

In 2016, Jocko starred as Joe in the romantic comedy drama “The Sweet Life”, directed by Rob Spera, and which also starred Chris Messina, Abigail Spencer and Brian Shortall.

It follows Lolita Nowicki and Kenny Pantalio who have just met in Chicago, and have decided to jump off the Golden Gate Bridge together.

Three of Jocko’s most recent roles in movies have been in the 2017 comedy “The Climb”, the 2018 science fiction thriller “Beyond White Space”, and the 2019 short drama “Evelyn x Evelyn”.

Jocko received special thanks for the 2019 short film “My Father Belize”.

He has made a guest appearance in various talk-shows, including “Noches con Platanito”, “Home & Family” and “Entertainment Tonight Canada”.

Jocko’s amongst the most secretive of actors, and hasn’t spoken of any women (or men) whom he has perhaps been with. This is mostly why there are various rumors circulating the internet, concerning the people whom he might have dated, as well as his sexual orientation.

Some of Jocko’s fans believe him to be gay, and this to be the reason behind him being so secretive. A fan has even claimed to have seen Jocko kissing his male friend at a club in Los Angeles, however, no evidence has been provided to support these claims, nor has Jocko commented on this.

There are also those who believe that he has been in a relationship with a non-celebrity woman for around a year now, but prefers to keep her away from the media’s attention; this hasn’t been confirmed either.

As of August 2021, Jocko seems to be single, hasn’t married, and doesn’t have children.

Jocko’s a lover of animals, with horses being his favorites. He’s recently learned horseback riding, as it was required for one of his roles.

Summer is his favorite season, as he loves swimming in the ocean, lying at the beach, and playing beach sports.

He’s into travelling, and his acting career has made it possible for him to visit various US states, as well as a couple of South American countries. His dream travel destination is still Miami in Florida.

Jocko’s passionate about working out, and has multiple training sessions at the gym each week, thus his muscular body.

He has his own favorite actors and actresses, some of whom are Will Smith, Rosario Dawson and Kate Winslet, while a couple of his favorite movies include “I Am Legend”, “I, Robot” and “Seven Pounds”.

As of August 2021, his net worth has been estimated at close to $1 million.